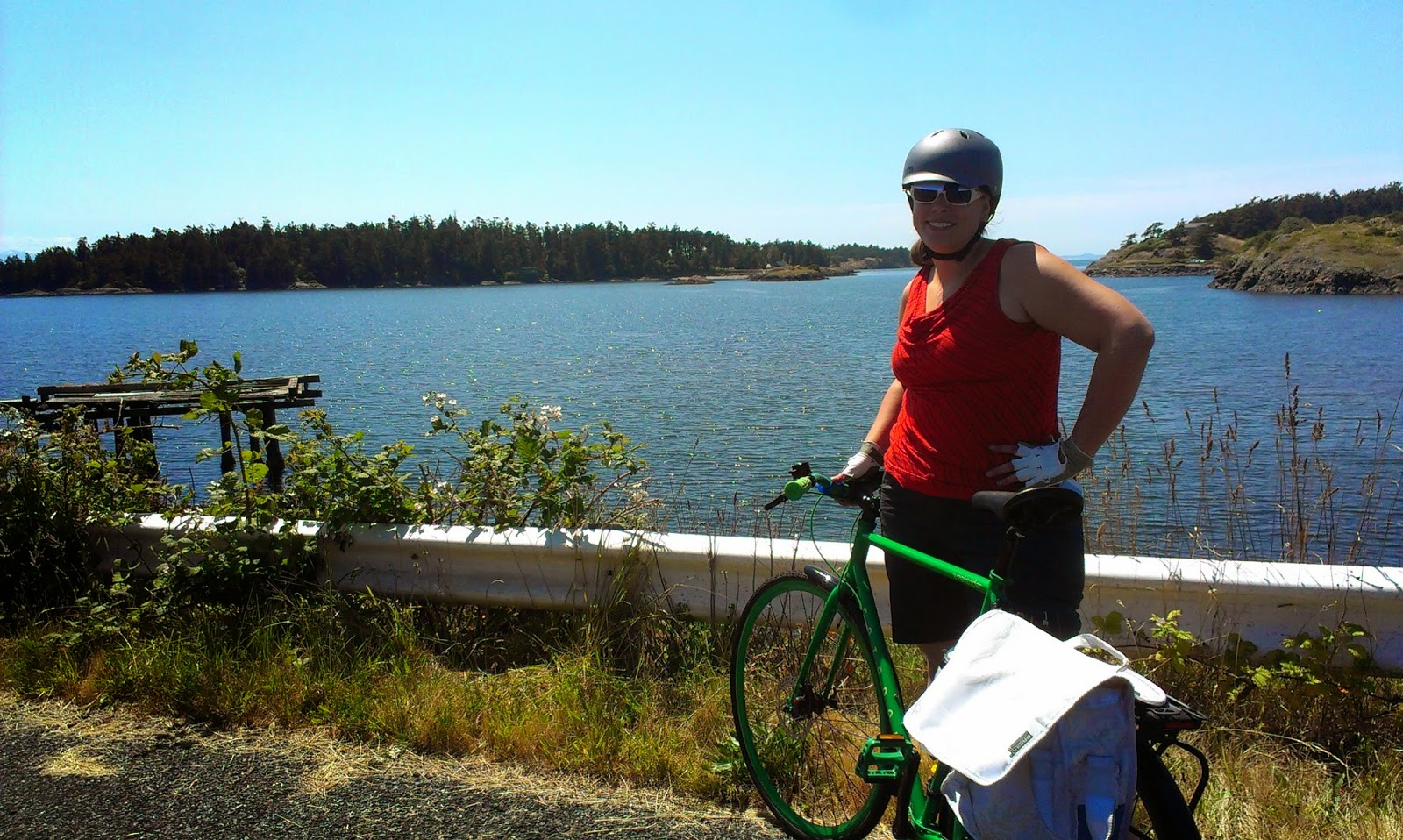 Living in Seattle, Lisa lives a car-free lifestyle. Not a "spandex warrior" Lisa embodies the everyday woman who simply wants riding a bicycle as part of her daily living.

It's wonderful to include people who have chosen a bicycle as their everyday transportation. It shows that life on two wheels can really take you places!

When did you first start riding a bike?
I rode a bit to classes when I went to college, but I really started about 5 years ago. I was on a stationary bike at a gym that was right next to a really popular regional trail. I hate gyms, and was so, so bored on that stupid bike. I looked outside and thought, "Why aren't I on a REAL bike?" So I bought a crappy one from craigslist and started riding around on the trails and to the store. The bike had bad tires and gears that didn't work. I like fixing things, so I got it to work a bit better. I finally got a new bike that fit me way better about a year after that.

What motivated you to ride as much as you have over the years?
I walked to work and lived in an area that was hard to park in, and eventually I just sold my car. Biking, walking, and taking the bus were way easier and a lot cheaper.

What kind of riding is your favorite? (paved, gravel, mountain, etc.)
Paved, separated from traffic.

How did you feel when you first started riding around your city?
Some places were a bit scary at first, and I spent a lot of time looking at google maps to figure out the best way to get places. Seattle has a lot of hills, so that was a major issue for me.

If you had nervousness at all, what do you do or think to overcome it?
I just started out slow- on trails at first, then bike lanes here and there, low traffic streets, and eventually I learned to take the lane when it was safer than riding on the side of the road. I read a lot about good cycling techniques and used the sidewalk (slowly) when the road felt unsafe.

Do you use clipless pedals? If yes, what are some tips/suggestions for beginners that you would share? If no, are you thinking of trying it out at all?
I don't- I've been thinking of trying it but since so much of my riding is in the city with unpredictable situations (cars, pedestrians, all kinds of hazards) I don't feel comfortable trying them yet.

If you are a commuter what are some of the challenges you face and how do you overcome them?
Hills are my major challenges. I've slowly been getting stronger over the years but I still do whatever I can to avoid them. 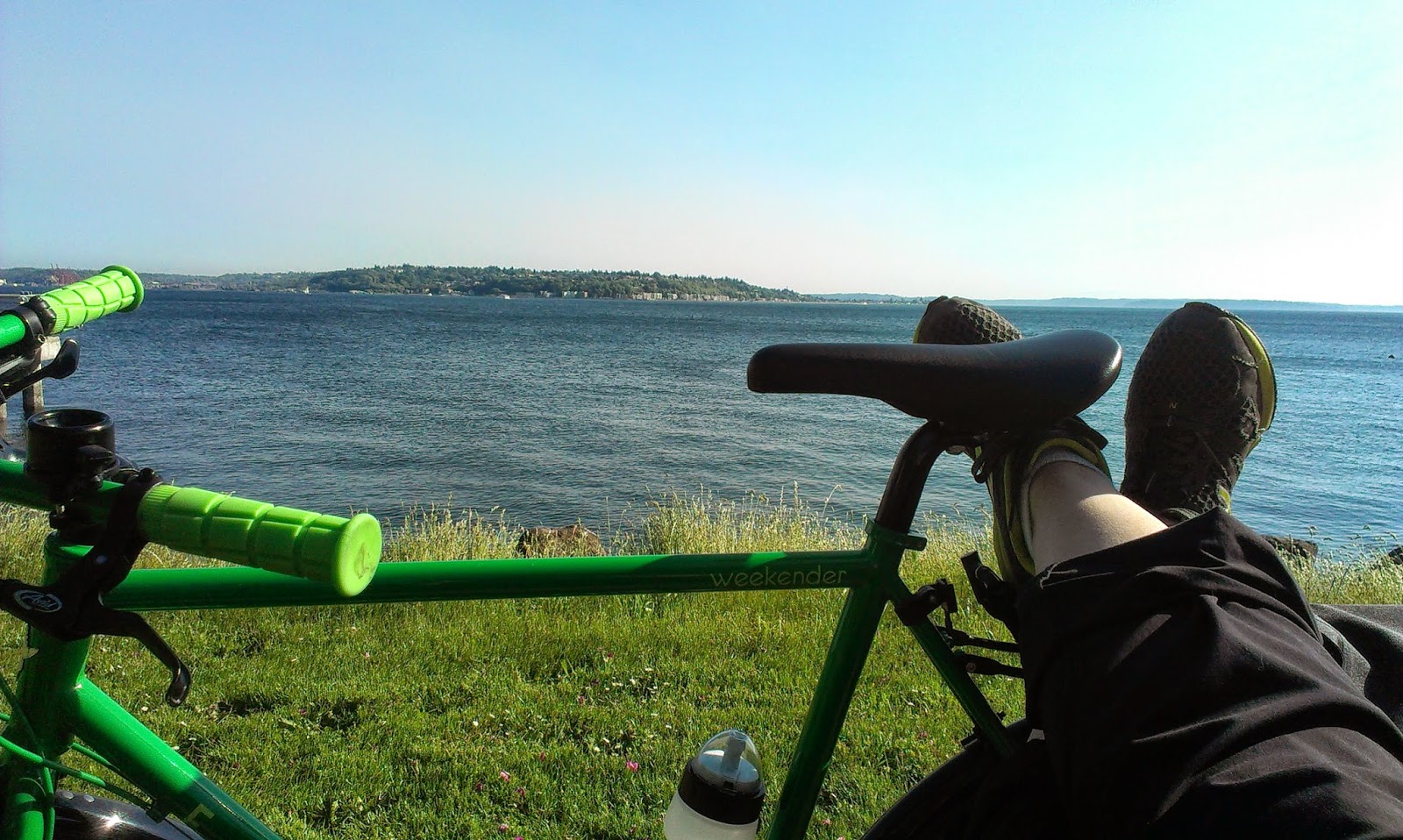 Do you commute even if the weather isn’t ideal? Why or why not? If yes, what do you do to make it more tolerable?
Rain is an issue in Seattle, but I have good rain pants and waterproof shoes. I keep a pair of flats at work so I don't always have to worry about wearing nice shoes on the bike. I have biked in heels once or twice, but I usually stick them in my bag. Summer is actually the worst for me, I get hot really easily. I usually wear a tank top on my commute and then put a nice shirt on over it at work, and sometimes bring shorts to bike home in the evening. Our building has a shower and some people use it, but I never bother.

Have you had a bike accident? If so, how did you recover on a physical/mental/emotional level?
I only fell over once on some loose gravel, so it wasn't really an issue. I have come close to being doored a few times. Once I was inches away from being right-hooked. I was in a bike lane. It turned out I was going to the same grocery store as the driver and I confronted him (nicely), just saying, "Hey, you know that right turn you took back there? You almost ran into me" He was actually very apologetic, saying he never saw me. I told him he just needs to check his blind spot for bikes more carefully. I hope that's one more person that is better aware of how to look for bicyclists.

I usually try to adopt an attitude of "safety first" every time I ride. I have to remind myself often though. It's so easy to follow another bicyclist weaving between traffic or running red lights, but I have to remember to only do things that I am comfortable with, not just what everyone else is doing.

What do you love about riding your bike?
My bike is BRIGHT green. I love the comments I get about it!

What tips or suggestions do you have for those wanting to get around by bike?
Just start out easy- a mile here and there to get coffee, a beer, to the grocery store. There's no need to give up your car or start bike commuting 10 miles to work, just use it when it makes sense and keep going out of your comfort zone every once in a while.

Do you have any favorite bike accessories?
I have sort of a "double decker" back rack that allows me to have two panniers plus a basket. It's really helpful when I get a lot of groceries.

How do you enjoy using your bike for transportation vs. a car?
It's WAY easier to park! I feel much less stressed when I'm biking vs. driving. You're usually at least moving, instead of stuck in traffic. Bicycling often seems like the only reliable way to get around. Traffic can be at a complete standstill, and buses in Seattle don't often have their own lanes, so they're stuck, too. But on a bike you get around all of that.

Tell us about your bike and why it's a great choice for you and the riding you do.
I thought about getting a road bike when I was shopping for a new one, but I rode a few and they just didn't feel right. I got on this one and it just felt amazing immediately. The tires are a little thicker than road bike tires so if I encounter gravel or bumpy conditions, it's not a big deal. It's a bit more upright than a road bike, and my hands are always on the brakes, which felt more natural to me since I'm mostly riding in the city with unexpected obstacles.

Do you have any tips or suggestions that would help make the bike shopping experience easier for someone new to it?
Don't let anyone else tell you what you need- just test out a lot of bikes and get what feels best. There's no reason to go super high end for your first bike, it was nice for me to have a cheaper one to sort of learn how to ride in the city, and learn what I wanted in a bike. 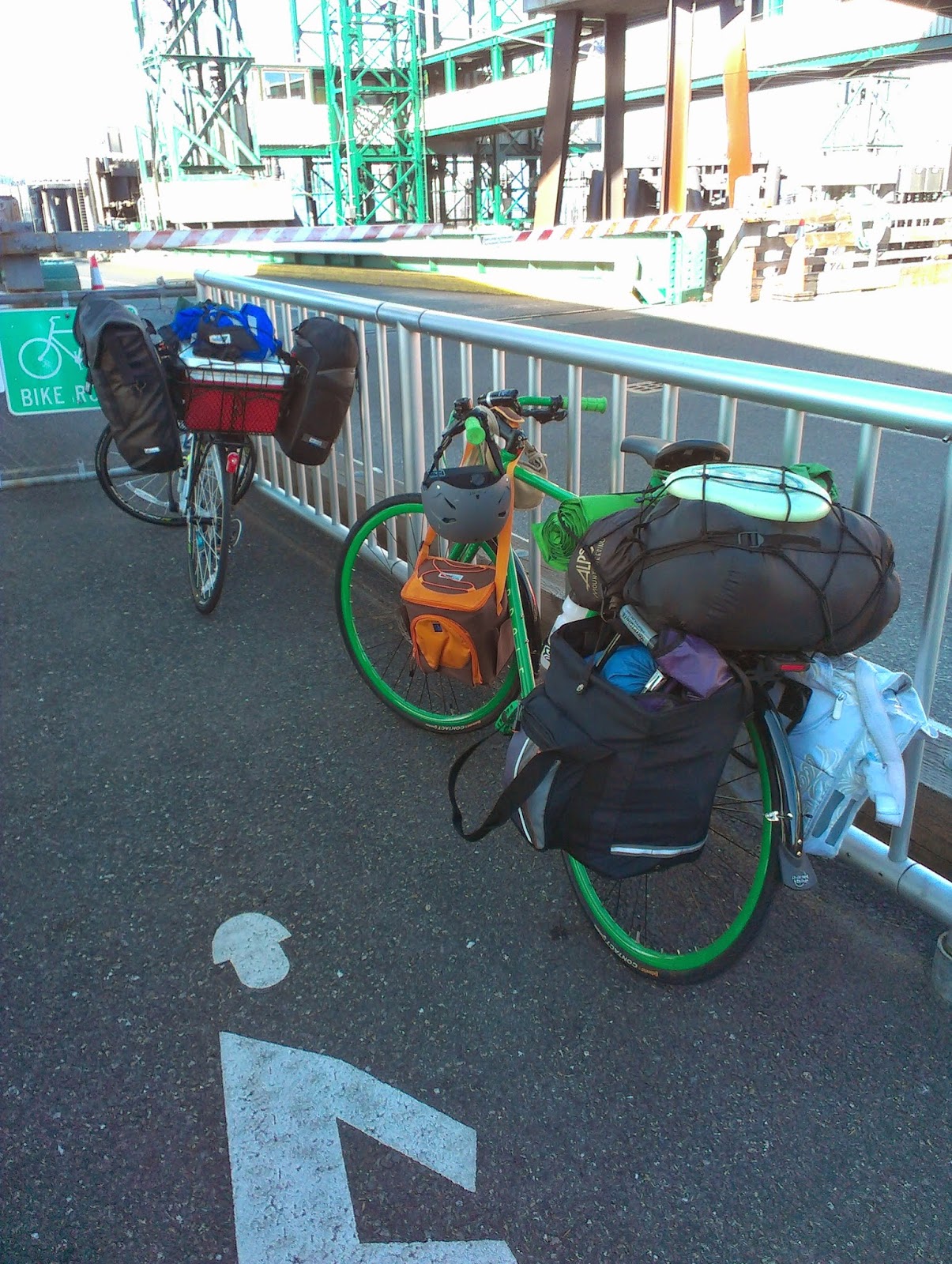 How do you scope out routes and decide what will work for you?
Google maps is the best- I start out by using their bike directions and then using streetview to make sure the route looks comfortable. Now google bike directions has elevation profiles, which makes it so much easier to avoid hills!

What do you feel people should consider when scoping out routes?
Making sure the road will be comfortable for them- using side streets where necessary, and scoping out safe crossings.

How do you like being car free? Do you miss having a car at all?
I really have half a car because my husband has one, and I use car2go when his isn't available, so I'm not exactly car free. I think about 1/4 of a car is the right amount for someone in central Seattle.