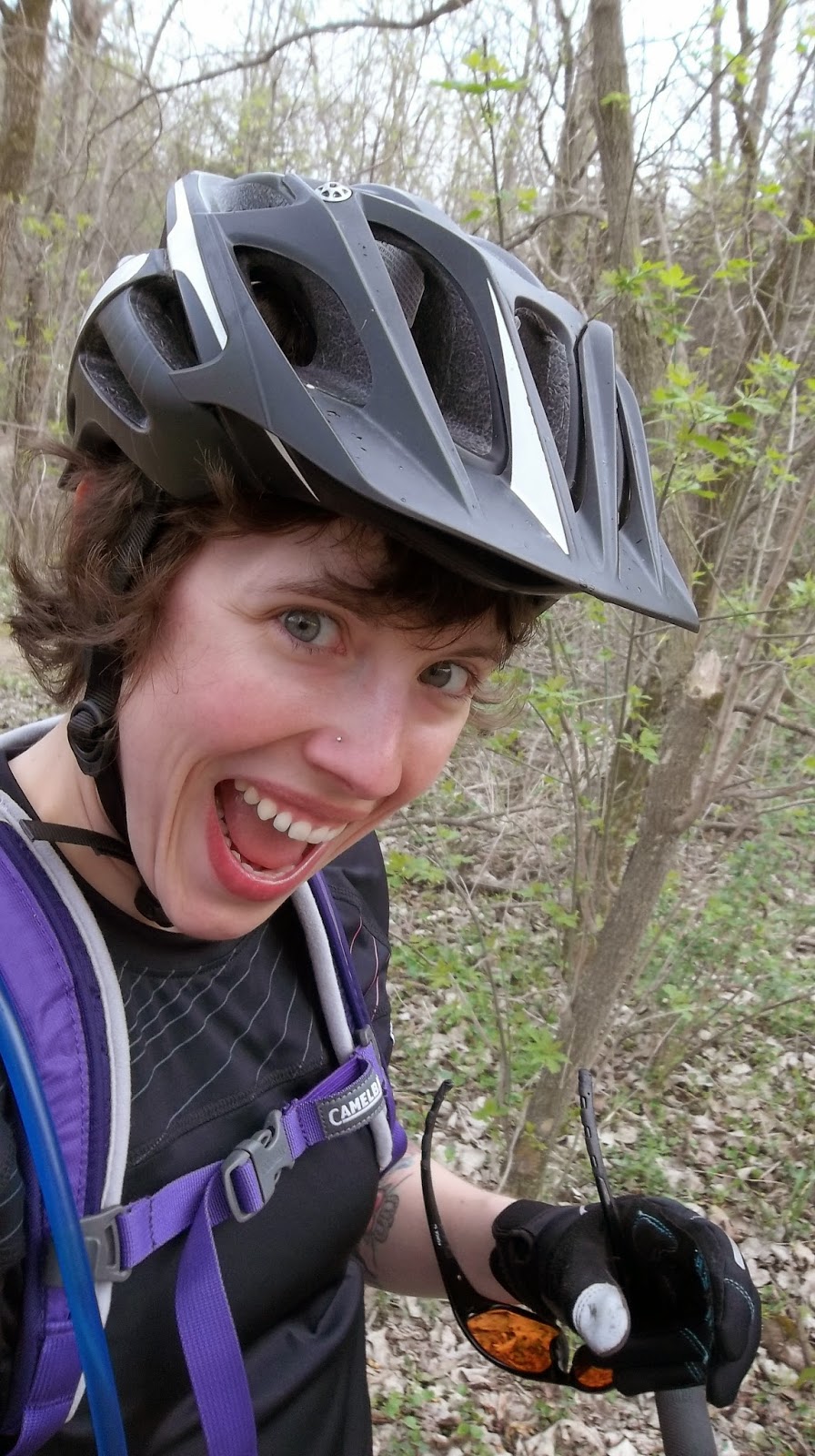 Slowly but surely I start to relax when I'm out on the dirt. It took awhile for me to not have anxiety or nervousness as soon as my tires hit something other than pavement.

One of the things that bothered Travis last year was my lack of conversation while riding. This is something that is all part of my learning process. I'm one that likes to observe and concentrate, being on the off-road trails and feeling all of the lumps and bumps. I had to concentrate on what was in front of me; keep my focus. Conversation was too difficult and I tried several times to explain this to Travis; not as easy as it seems.

Eventually I found myself relaxing and talking a little bit more. Before long I had my first conversation on a mountain bike ride! That was pretty amazing and helped Travis and I communicate better on our rides. 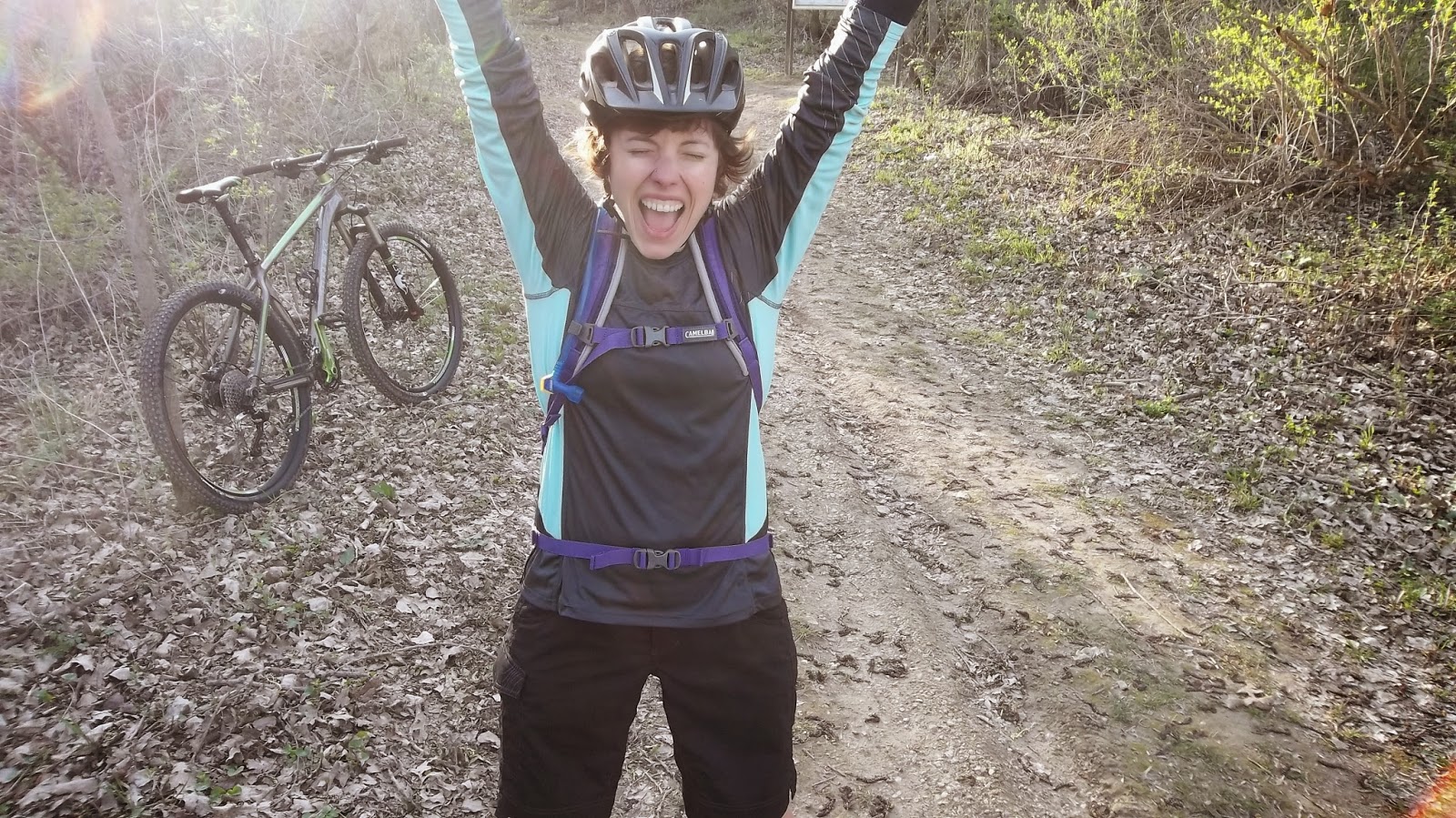 I'll never forget my first dabless ride. That is something every beginner mountain biker wants to achieve.

The trail I rode was IPT, which I feel is a good, solid beginner trail. Yes, there are some technical sections but once you master them-they are similar to sections on several other trails. It's a challenge and sometimes intimidating when you're riding an area with technical aspects.

Figuring out how to ride a trail without putting a foot down is one of the first rites of passage. I didn't even realize that I had accomplished this goal until Travis noted it. I wanted a photo to capture the moment. Pure joy. 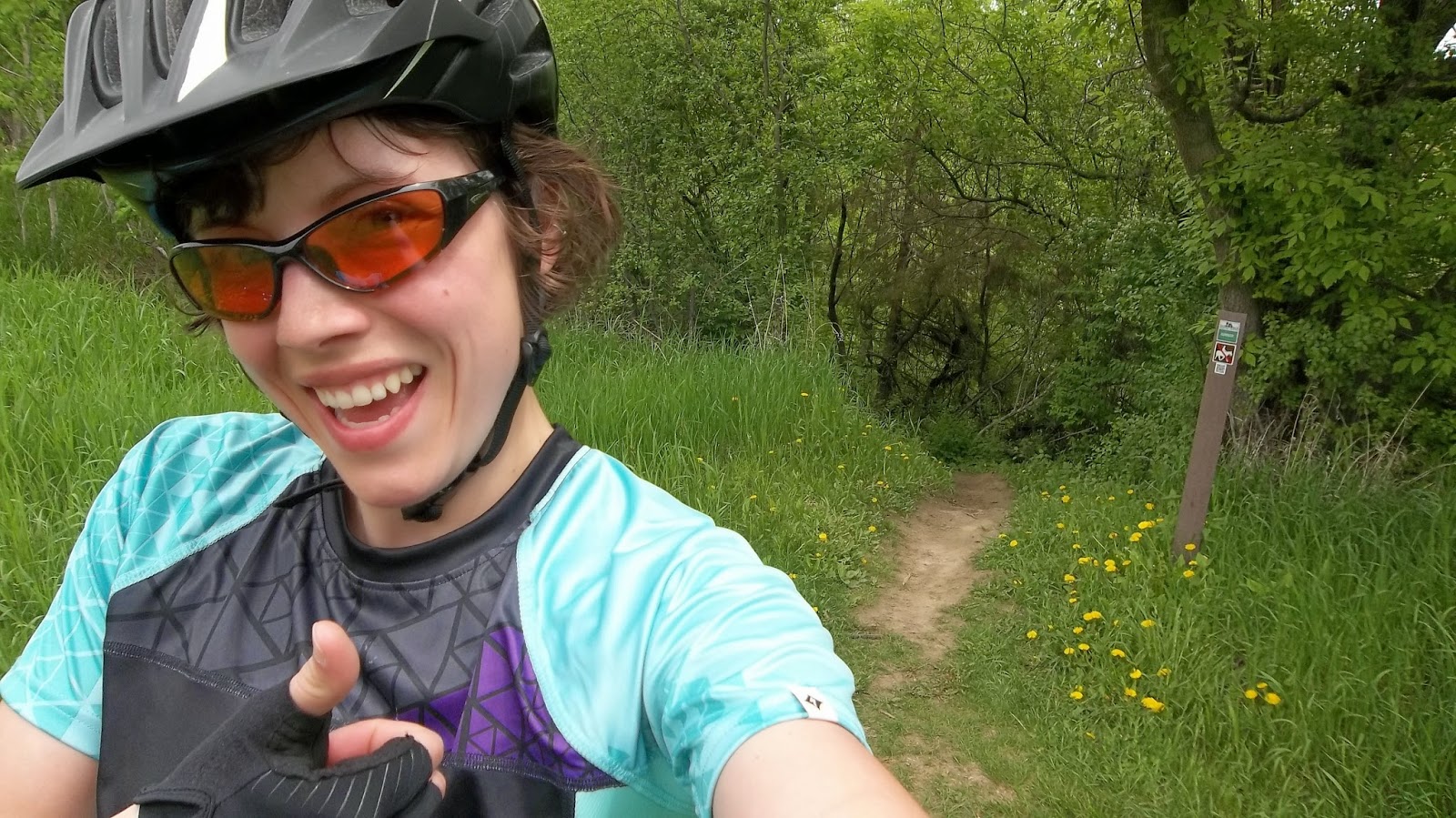 The more I went riding the more confident I became. I started to crave the mountain bike trails rather than the paved loop trail I rode daily. There was challenge, obstacles, rewards, and solitude out there...something that I needed for myself on multiple levels.
Travis and I rode the trails about two times a week. I got to a point where I needed to try riding by myself. I had to.


I had curiosity and a pull so great that I knew I was ready to try this solo. I remember coming to the start of IPT, a feeling of nervousness came over me but it wasn't enough to deter me. It was different to ride for the first time by myself and not have a body in front of me to observe and mimic. I worried I wouldn't remember some of the trickier areas, having used Travis' vocal commands and visuals to pinpoint spots. 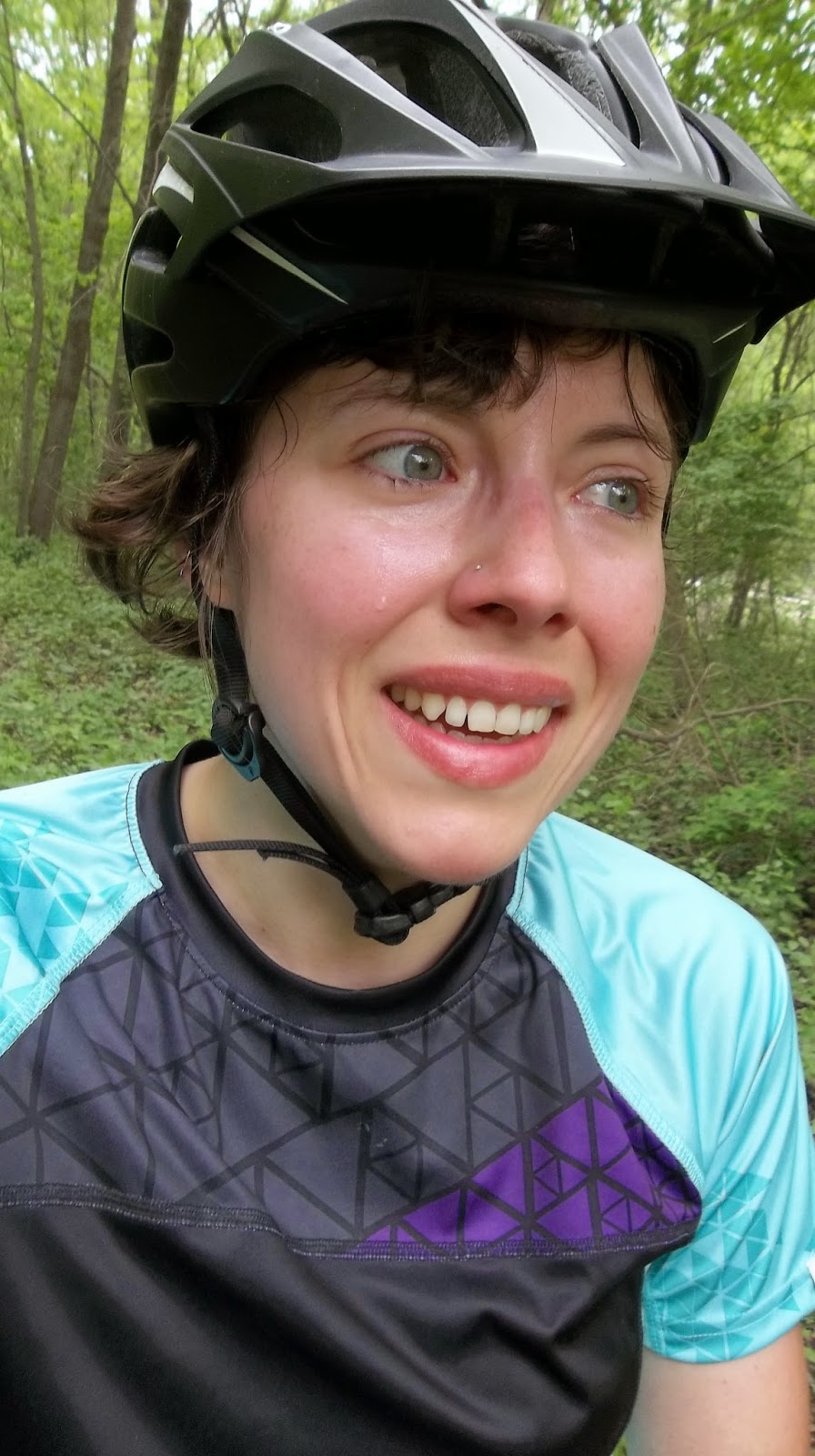 What I posted to Facebook that Memorial Day: Someone found out what she could do by herself today. Rode IPTV, Gunnar (only time I had to put a foot down was getting up Gunnar, spun out), Pines, back down Gunnar, back through IPTV.
I did IPTV another time as well as part of the North 40 that Travis introduced to me. However, I wanted to prove to myself I could do Gunnar dabless-so I did IPTV to Gunnar and back down successfully without any foot-downs.I cried.So happy.

Never did I expect myself to head out on the trails by myself. It was a huge, eye-opening experience for me. We started riding mountain bike trails in May and I went on my first solo ride closer to the end of that month.

Here I am. A small-town farm kid mastering the art of riding mountain bike trails.