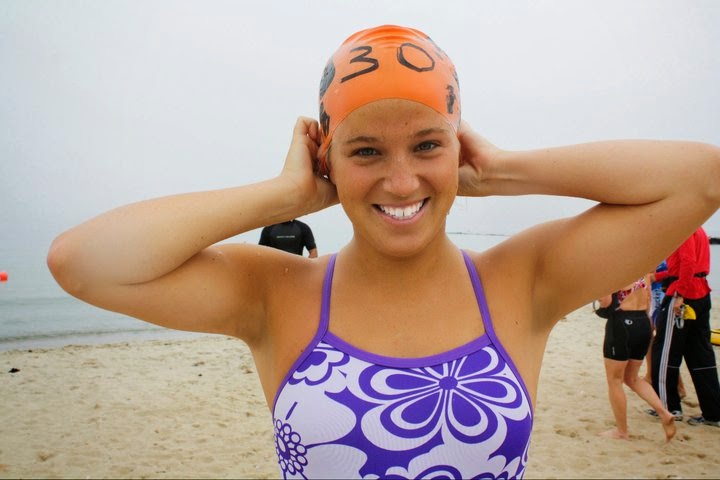 Since this post, Phoebe is excited to share that she purchased a Trek Lexa! Way to go Phoebe!

The last couple of summers I worked on Nantucket and didn't own a car so I biked everywhere. The island is great for riding with lots of bike paths and its home to a super athletic population.


With little convincing, I decided to do a tri this summer and won my age group.
I got to stand on a podium for my first time since high school swimming so that was pretty fun!
It also poured rain for the last hour of the race which made it extra exhilarating. Although I'm not a huge rider, I've always been surrounded by cycling. My dad is a big rider. We only got cable in our house because he wanted to watch the Tour de France. My sister also had a few of her birthday parties at the Manayunk bike race in Philadelphia because it always fell on her birthday weekend. I've been going to spin class for many years now. Currently I'm pretty religious about going on Monday mornings at my local YMCA because the instructor is a world champion Iron-woman. She rocks!

I've been slow to buy a bike out here in California but I definitely plan to within the next month since I will be working just over a mile from my apartment. (I moved to San Diego from Philadelphia in August) I will soon be working for Electra as a graphic designer. I'll be designing everything from their catalog to t-shirts to the graphics on the actual bikes. I previously designed jerseys and other apparel for Shebeest. When I started at Shebeest I realized they lacked an online presence so I also took it upon myself to create interesting art for social media postings. If I wasn't a designer, I'd say I'd want to be professional Instagrammer!

When did you first start riding a bike?
I can't even remember. I know I was very young and I learned on the path in the graveyard behind my house. Weird, I know.

What motivated you to ride as much as you have over the years?
I'm actually not a huge rider. I grew up a swimmer and then turned into a runner in college because there was no pool at my tiny art school. However, this past summer I did my first tri and LOVED it.

Have you competed in events? If so, what were your reasons for competing?
I've done two full marathons and a bunch of other smaller races. This summer I did an Olympic distance triathlon and Nantucket and it was really fun. I've lived on Nantucket the last couple of summers and worked a lifeguard. I would either run or bike to the beaches where I would then swim and run all day. I realized I wanted to challenge myself so that's why I decided to sign up for a marathon. It definitely gives you bragging rights. The triathlon was a challenge because you have to be good at three different sports. I liked it a lot better than the marathons because it wasn't as much pressure on one part of your body.

What kind of riding is your favorite? (paved, gravel, mountain, etc.)
I've never mountain biked so I'd have to say paved, but I'm friends with a lot of mountain bikers and it sounds like lots of fun!

If you are a commuter what are some of the challenges you face and how do you overcome them?
I'll be commuting to my new job. It's a little over a mile from my apartment and two blocks from the beach. So I'd say it'll be a challenge to bike myself to the office instead of down to the water's edge.

Do you commute even if the weather isn’t ideal? Why or why not? If yes, what do you do to make it more tolerable?
I commuted to my internship back in Philadelphia last year during some gross weather. Again, it wasn't that long of a commute and at least I was burning calories!

What do you love about riding your bike?
The wind in your hair is always a great feeling. You're getting somewhere by not polluting the environment and working out your body!

Having been more of a commuter as well as planning on being one again-what are some of the things you do? (How do you figure out your route, what do you wear? Do you bring a second pair of clothes?)
For my commute to my lifeguarding job on Nantucket I didn't have to bring another change of clothes because I would be running around in workout clothes all day for work. For my upcoming commute I'll probably ride in cycling shorts and change into office apparel. My routes have always been fairly simple but I try to take less congested roads.
What kind of bike do you think you'll buy? Any particular reason why?
I'll definitely be purchasing a road bike, most likely a Trek. I'd like to get something that is commuter-friendly but that I could also race on in the future.
I'm not a serious triathlete so I won't need aerobars, but I'd like something relatively sleek so that I'm still a worthy competitor. 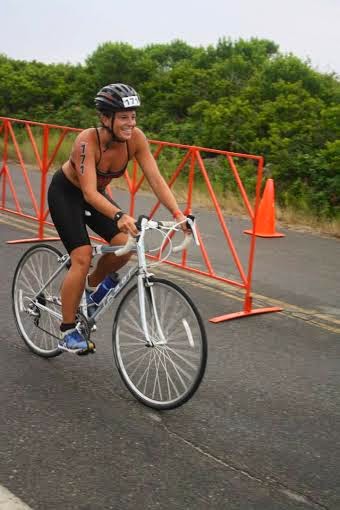 For training for a Tri, what would you suggest people keep in mind? What are some tips/tricks that worked for you?
Practice your transitions. That's where most people lose time. It helps to tie something bright or equally noticeable on to your bike so you can easily spot it when you're running in to the transition area. Also, don't underestimate the importance of the swim. Most people write it off because it's their weak point, but it's also the first leg of the race and an opportunity to get ahead. Definitely get in that pool, ocean, or lake time. Oh and practice your breathing! I grew up as a competitive swimmer and picking your head up to breathe was a huge "no-no". However, in a triathlon you have to be worried about what's in front of you and it can be pretty disorienting if you don't figure out a breathing/observing strategy.
We have an indoor cycling studio here in Decorah, for those who have never taken a class-why would you recommend it?
I love spinning! I am always drenched when I leave class. It's a great workout and easy to squeeze into your day. No fuss over your bike, helmet, or route. It's also different from most other gym classes because it's stationery and you're in charge of how much resistance you put on. So, although it's a group class it's still very much individualized.
How did you find out about Shebeest?
I found about about shebeest through a great site called Malakye.com.
What made you feel like they would be a good company to lend your talents and work for?
There are a lot of creative and smart people working for shebeest so it was an easy decision to come out to California for them. Shebeest represents girl power and I wanted to help spread their message and get more women excited about riding!
Having worked at Shebeest, what would you like people to know about the company and what they stand for?
As I said, it's a great brand for women who aren't necessarily the extremely competitive rider but still want to get out on their bike and look good. I think there needs to be more of this attitude toward outdoor activities, especially within cycling because it can be intimidating!
You've recently moved on to a new adventure working for Electra, what inspired you to make the transition?
Electra is another great company within the cycling industry. It's very hip and geared toward the casual riders who want to enjoy the scenery. I'm young and new to the west coast, so I felt that Electra would be a great opportunity for me.
What are you most excited about with this opportunity?
They were recently bought by Trek so it will be exciting to work for such an established corporation. I have been out of college for less than a year so I feel really lucky to be so young and to have been given this opportunity. I have a lot to learn and a lot of designing to do. Each day is going to be an adventure!
What was it like having some serious bike riders in your family?
My dad has always been a huge cycling enthusiast. He actually bought my my first pair of Canari shorts a few years ago, which was ironic because I ended up working for shebeest who, like Canari, is owned by LeeMarc Industries. We never had cable in my house growing up until my dad finally decided he couldn't go without the Tour de France. My sister's birthday parties were cycling themed a few years in a row because her birthday always fell on the same weekend as the famous Manayunk Bike Race. Needless to say, my dad is happy with my career choice.
What would inspire you to try mountain biking?
It's pretty embarrassing that I've never mountain biked. I have so many friends that are serious mountain bikers and I've just never given it a try. I think because the weather is so great in San Diego I'm eventually going to run out of excuses and it'll happen. It looks like a lot of fun and I definitely not opposed.
Labels: interview