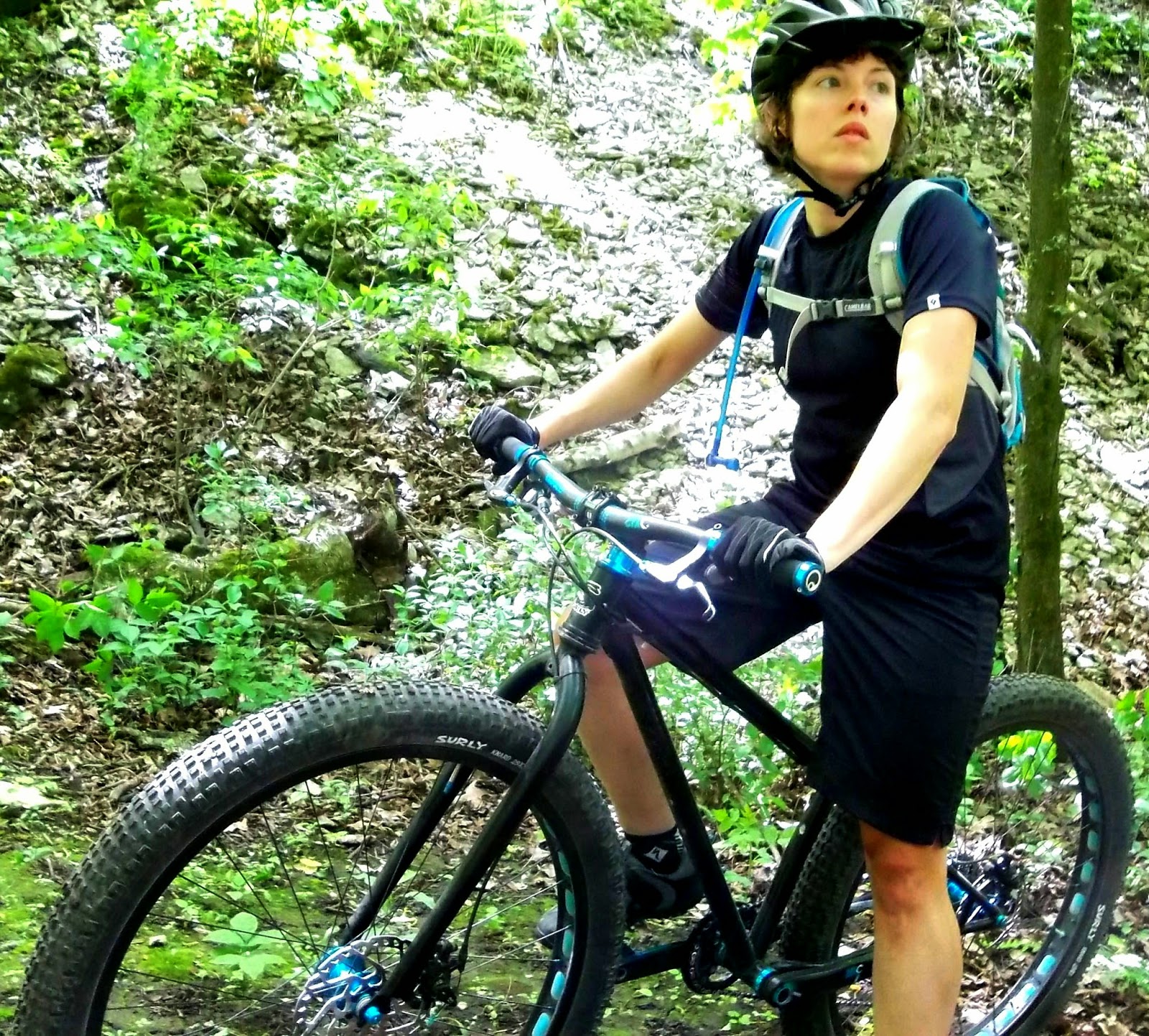 I’ve been feeling the fatigue. Yes…the fatigue. The tiredness that affects me for awhile each month to prepare my body for the onslaught of “womanhood” that will come about a week or so later.

I had been wondering why I was feeling tired the past few days. My legs didn’t want to cooperate as much as I hoped they would. I became torn on whether I should ride or take a rest day.

My bullheaded self said “Ride damnit!”
I chose a route that would take me on a shorter excursion and explore a couple trails I’ve neglected.


I pedaled off to the usual IPT starting point with the uncertainty of wanting to ride up North 40 or North 40 has a challenge at the very beginning (two turns, one of which I make almost every other time.) I made it up most of the way with the turn one but I ended up putting a food town as I had aimed my bike up too high and lost my balance. I accepted my semi-success and continued on.

The next climb is one where I’ve gained inches on almost every time. Lately I’ve made it to the big root; each time I've gained knowledge of what I need to do a little more or little less of in order to succeed. I finally got myself far enough to aim closer to the right, going around the fattest part of the root. YES! I made it past the first tree on the left and up to the second tree. Then I spun out. Dang…..

I was brimming with excitement and was certain that one day I will ride that climb without clips. My goal now is to accomplish that climb at least one time before winter hits.

I decided that I would ride Little Big Horn in the opposite direction of how I normally ride as I wanted to try going down the switchbacks. I dislike trying to weave around tight turns, which is something I felt the need to improve upon. The first switchback has roots I have managed to ride up and over, so riding down them should be cake.

The second switchback is the hardest, with as much trouble as I have riding up it, how would I manage riding down?

The last switchback wasn’t a big deal as I just get over the log without getting off the bike.

When I pulled up to the roots, I felt that downhill almost looks like you’re going to drop off the earth. I started rolling, trying to keep a pretty good line and I was past them before I knew it! 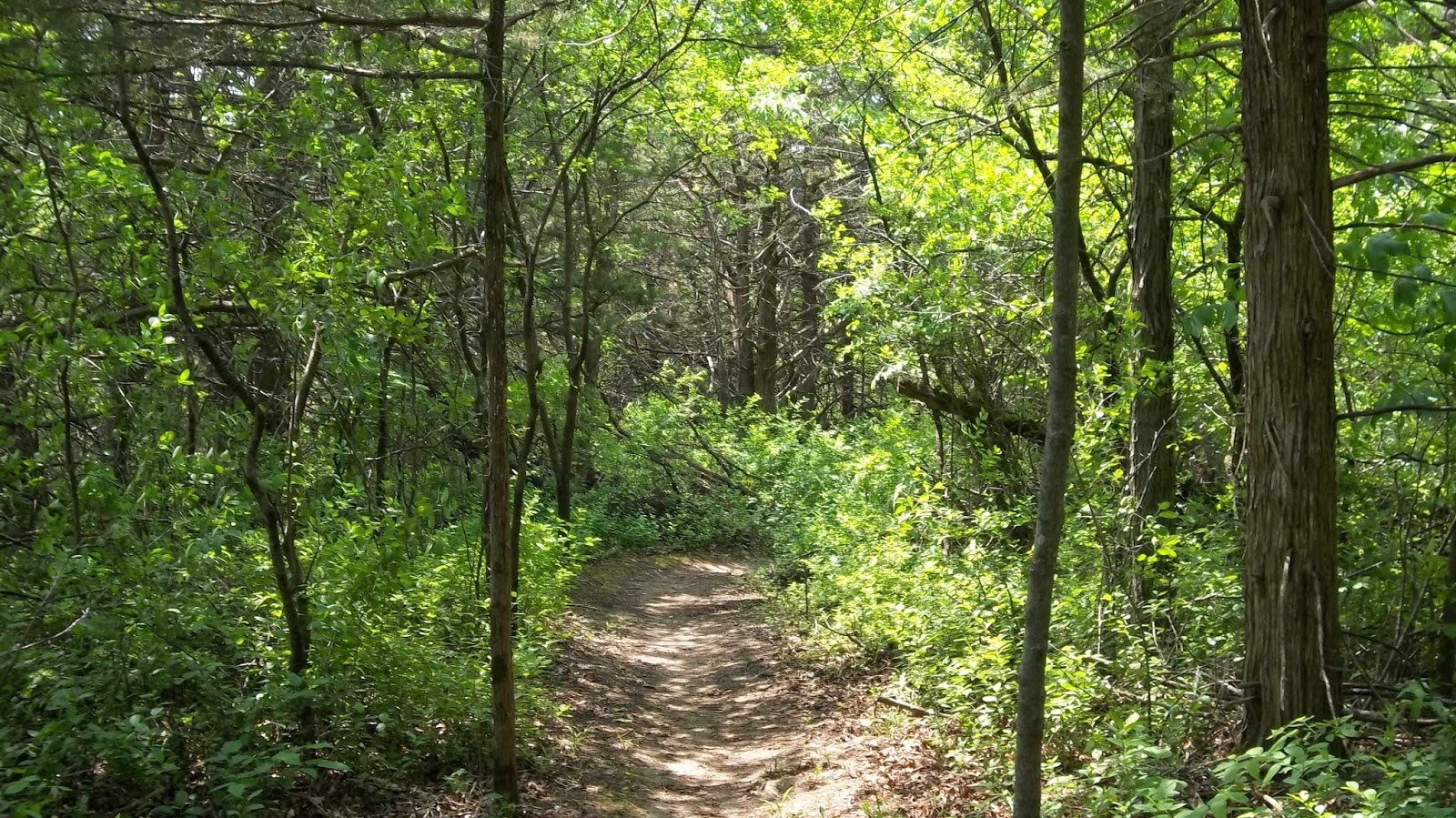 I sat back, aiming high, and rounded my first corner. I got a little too close to the side and had to put a foot down. I re-situated myself and started to the second switchback; I paused for a moment. I had to psych myself to try it because of how steep it was.
“You can do this. You don’t have to do it perfectly, you can put a foot down…but you are not walking down the corner.”

I made it! I could feel my back tire somewhat sliding downhill, but I made it around the corner and onto the trail without falling over or having some other calamity. Yeah!
The last turn was simple and I realized that I had successfully rode down the switchbacks without the extreme anxiety or nervousness I had in the past. I’m becoming more confident and sure of myself.


I went onto Dust Bowl, a trail that I hadn’t been on for about a month and remembered how fun it was. What I forgot about was a spot called called "Dirty Harry" which boasts a short/steep uphill that has a patch of roots to ride over. Even without the success of making that climb, I know there is always next time!