Lessons in Mountain Biking- Getting Comfortable 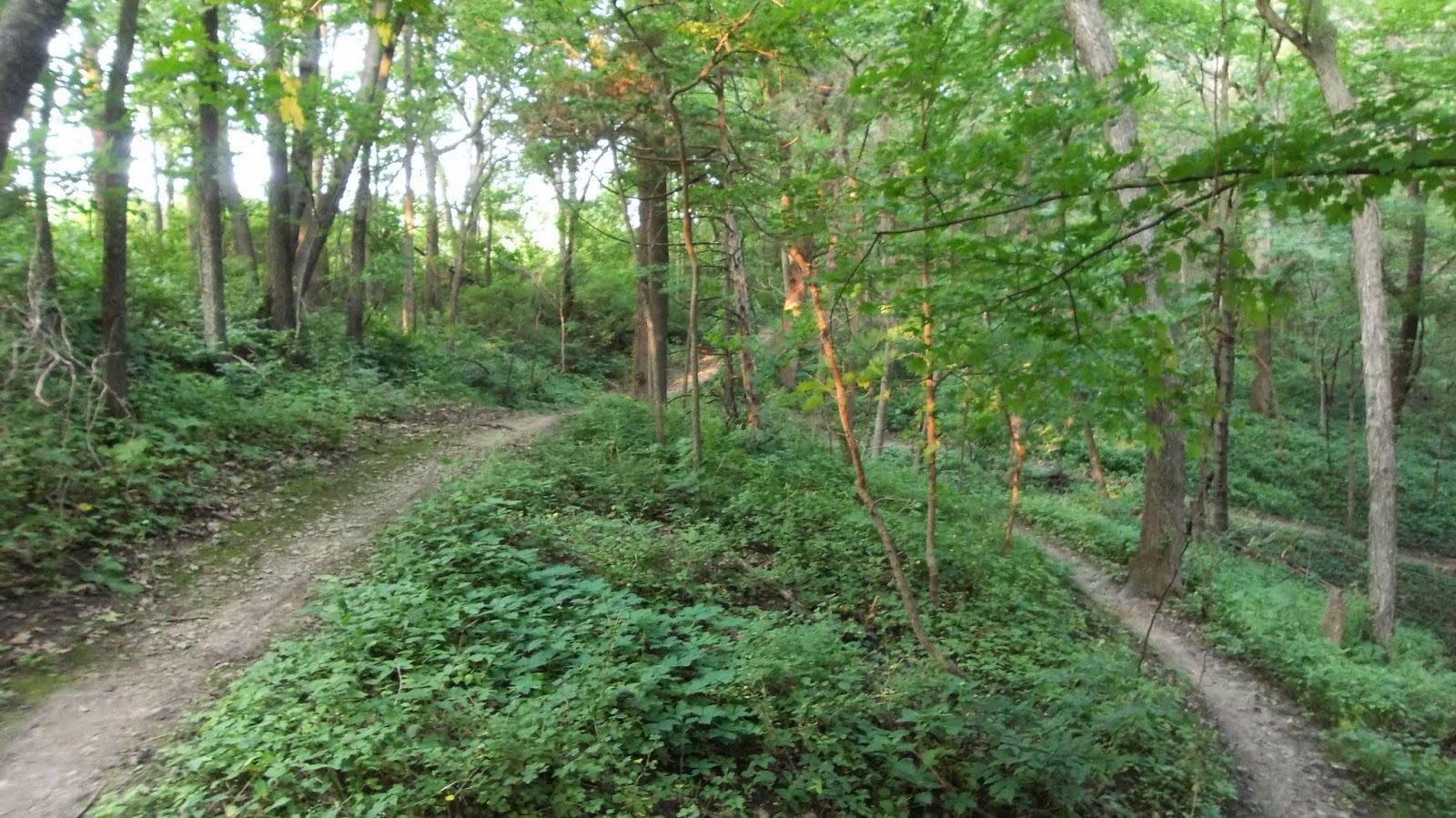 It was Saturday and Travis and I were planning to go out for our traditional early evening ride. I had been thinking throughout the day where we should go, what to ride, and if I felt comfortable enough to lead.

I was ready to ride for I had a rest day on Friday due to work and had spent Saturday morning and afternoon "Nordic Festing" with my mom.

Also, I had one heck of a “Nordic Rest” aka a much needed nap which was probably induced by allergies, stress, and food. I just hoped trails wouldn't be too slimy from the rain we had received earlier on Friday morning.

I made the decision to lead us up Luge to ride the trails in Dunning's.

I figured that it would be best to get Lower Randy's out of the way so I’m not attempting steep hill climbs while “gassed.” It’s a hoot when you’re trying to make a steep climb and your legs are the consistency of jell-o. My hope was that I would make it over the root-y section on Backside on the first attempt rather than having to try a second or third time. I got hung up. Damn. I stood there panting for a moment when Travis asked “Are you okay?” I nodded my head, then I was asked “Why are you going so fast? You don’t need to go that fast.”

I looked at Travis with a quizzical expression. I was going fast? Really? I shrugged my shoulders and said “I didn’t think I was going that fast.” Travis was concerned that I was pushing myself more because he was riding behind me. I really didn’t think about it and once I got on the trail I just started going! I told him it’s probably because I’m just ready to ride as I had a rest day, a nap, and had consumed plenty of calories. I was riding a pace that felt good.

After I assured Travis I wasn’t doing anything “special” I got myself ready to tackle the roots again. Second time=success! What was funny was Travis totally not expecting me to just take off; he was re-situating himself and suddenly I was over the roots and gone! 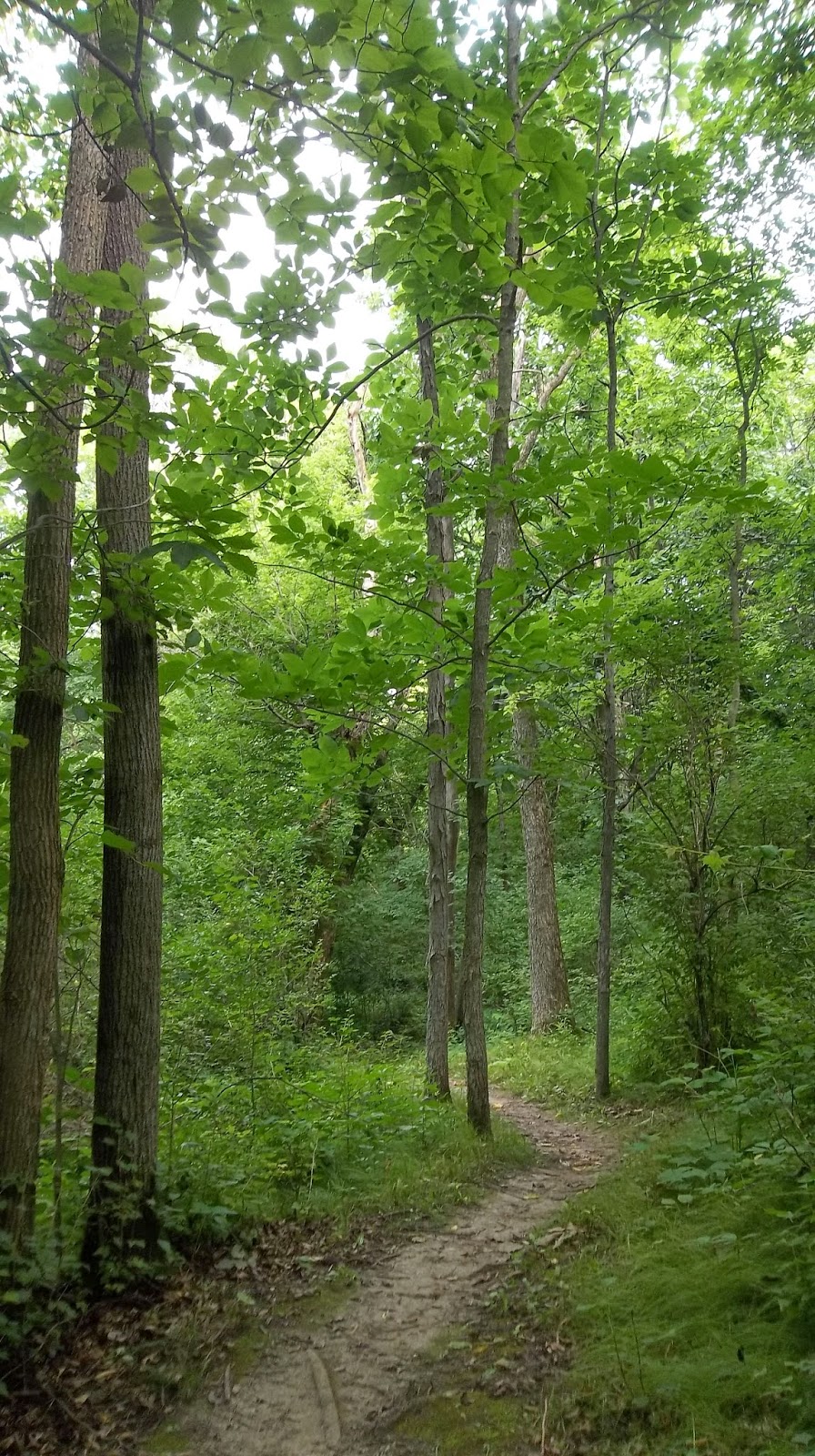 I took us up and around on Captain's, around the Ice Cave loop, and back down on the Randy’s section(s). I took us back over the Luge so we could come out and start riding on Quarry Hill towards the entrance of IPT. On IPT there is a section where the trail splits and you can go on the rock garden side or take a left and ride alongside a hill. The hillside route includes a climb that has been tricky for me to maneuver at times and then it takes you to a sharp downhill. Both are challenging for me to ride.

After IPT we had met up with a rider that had gone ahead of us (while Travis waited for me at the bottom of the hill) we chatted a bit. He was from the Cedar Rapids area and loved to come up and ride our trails; Fred being one of his favorites. It made me have a greater appreciation for the trail system we have here in Decorah.

We then went on North 40, down to Gunnar, and over to Dust Bowl so I could (hopefully) ride up and over the roots at the last switchback cresting Lower Little Big Horn. (I totally rode over them.) Also, I wanted to show Travis the new log pile additions that were gussied up on the trail, which are my new favorite things to ride.

Before we came to the tight downhill turn that either I make or “break” I asked Travis if he wanted a longer ride…say finish the whole of Little Big Horn and go back down Gunnar and IPT vs. doing Fred and the Luge. Travis decided on the first option and we continued on. For a period of time Travis led while we rode the rest of LBH and Gunnar. I sneaked in front before we went on IPT and had a fun ride back out to “reality.”

It was a great day and a fantastic 2 hours of riding. Both of us were in a good mood, and even when I (or Travis) slipped up, we had fun with it. Apparently I was doing a very good job with my riding, to which I still feel humble about.

We discussed a few things:
I am more comfortable with leading Travis on trails that I’ve been able to develop a comfort level with. There is a feeling of not wanting to have him point out everything I’m doing wrong. I figure if I can ride most of the trail myself a few times, work on some finessing and technique, then I’ll be more confident with opening myself up to his critiques. Having an experienced rider observe you from behind can be helpful. They can see how you pick lines, how you position your body, etc. it’s really great for feedback. You have to allow yourself to be observed, which is something that makes me nervous in general. 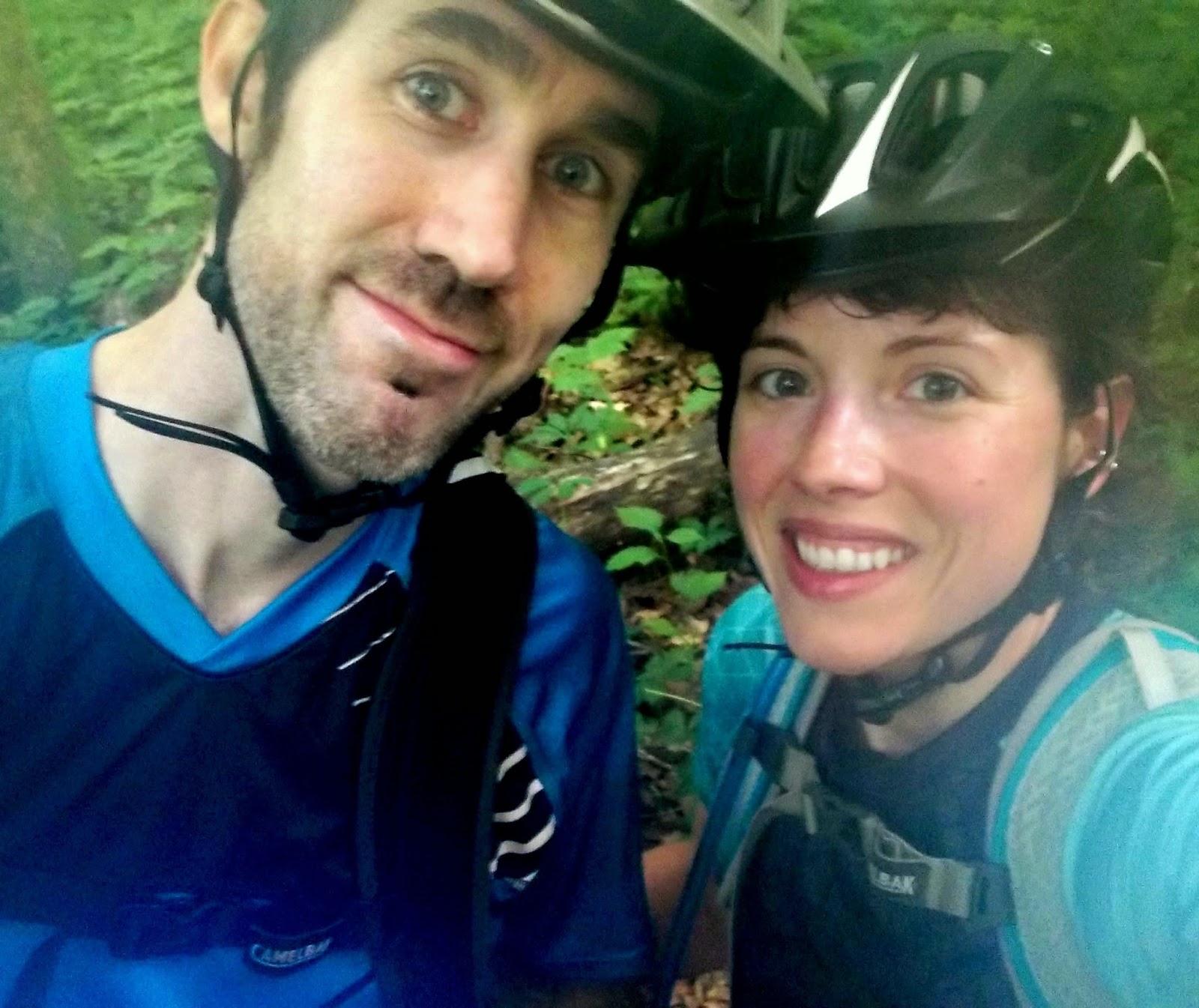 I feel it’s like that trust game where you close your eyes and fall back, hoping your friend catches you. Letting Travis ride behind me to give pointers and feedback makes me feel vulnerable and under the spotlight. It’s something that needs to happen (or should happen) to better my riding skills.

Travis likes when I lead because he feels it sets the pace. He would much rather me be ahead riding at speeds that work for me, so he isn’t worried about being too slow or too fast. I will say I’ve never had an issue with the pace he sets, but I can understand it from his viewpoint.

I made the decision that I was comfortable enough with the idea of leading and I made it a goal of riding the Dunning's trails several times so I could feel sure enough about not tripping up or slipping out on every little thing. I found myself feeling confident and it was encouraging to hear positive feedback behind me. There were spots on LBH that Travis gave me pointers with, which helped put things into perspective on how to approach that section.

It was a great day on many levels. I learned more of what I’m capable of and received assurance that I’m doing a great job. I also felt comfortable and more confident in terms of riding with my partner.
Labels: bikelife growth mountain biking women bike