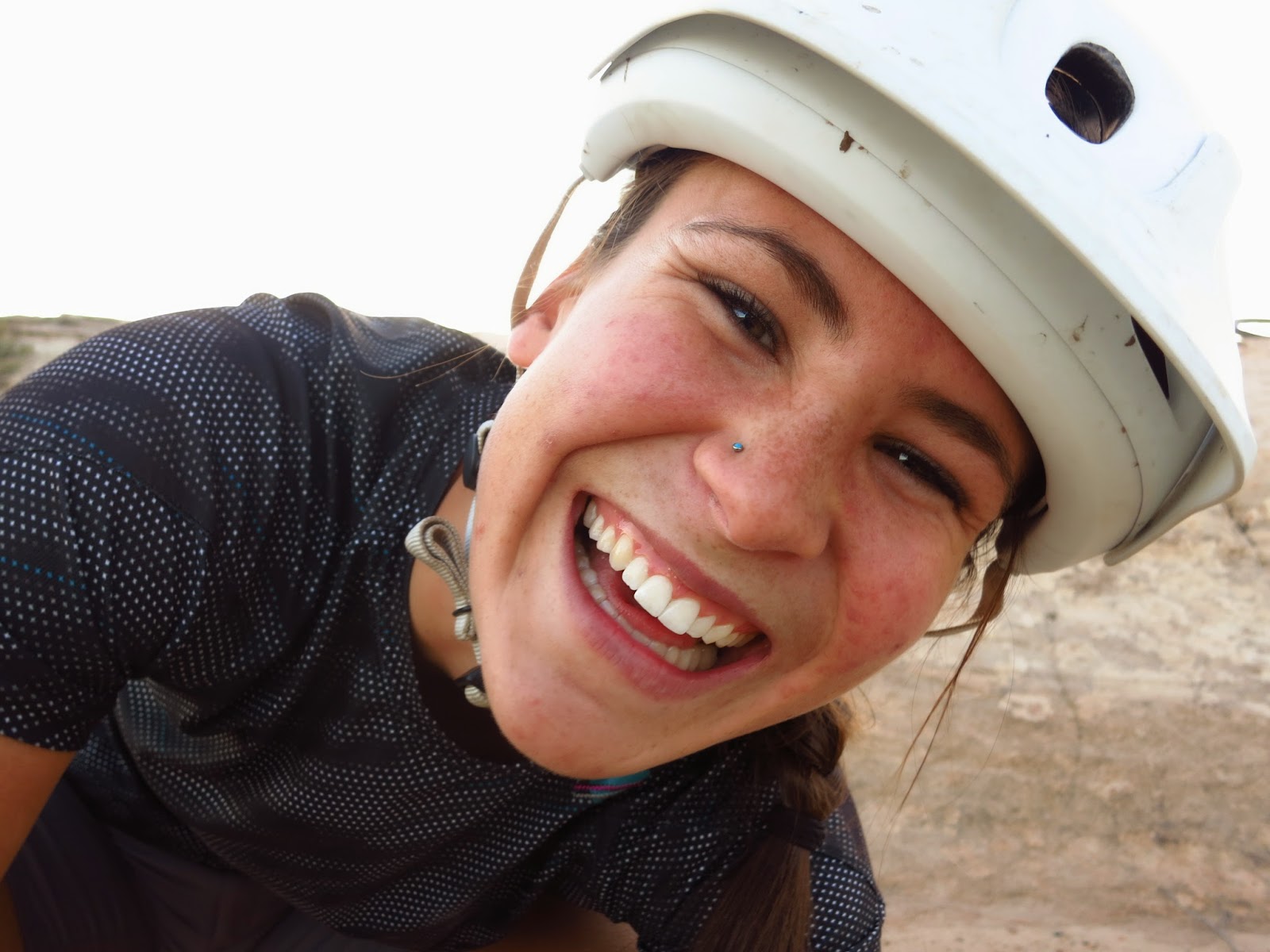 Meet Alex Pavon who lives in Arizona, she's a fan of Enduro and Downhill riding-loves accomplishing anything rocky, steep, and technical. As she said on her Dirty Jane profile: "The gnarlier the better!"
Check out what else she's up to by visiting her blog, Dirty Jane profile, and Instagram!

Well like almost every kid, I learned to ride a bike as soon as I was competent at walking.
Granted, I was walking when I was 9 months old, so maybe I was like 3?

I never learned to ride with training wheels; my parents would just walk behind me holding my seat until I could ride by myself. From the ages of about 7-15 (or until my older friends could drive) biking was a way of transportation; Flagstaff isn’t very big, so you can get anywhere on a bike almost as fast as you can in a car (sometimes faster, depending on traffic). I was also a ski racer for a long long time, so mountain biking was something we would do for dryland in the off-season.
What motivated you to ride as much as you have over the years?
I really started riding a lot after blowing my knee out in the spring of 2011. I tore my ACL, MCL, LCL, and Meniscus, and my physical therapist had me on a spin bike ASAP after my surgeries to help regain strength and range of motion. When I was finally allowed to do more rigorous activity, I decided I would try my hand at mountain biking. At that point I was riding a 1997 Specialized Rockhopper up and down the urban trails, but that was good enough for me. That was about the extent of my mountain biking that summer; I moved back to Colorado that November to ski race and put my bike in the shed. I spent the next summer up in Oregon and down in New Zealand training for skiing, but managed to get my parents to buy me a new, modern, full-suspension mountain bike at the end of the summer. Over the rest of the summer and fall I progressed to riding single track, riding more and more miles, multiple days a week. I was hooked. I moved back to Colorado for one more season of ski racing, and after another minor knee injury in April 2013, decided it was time to retire my race skis and fully commit to riding bikes. I began racing enduro in the summer of 2013.
What would be your favorite competitive biking event?
Really, I love all competitive events. I love biking because it is fun, not just for the racing, but competition just makes it more fun for me. If you asked any riding friend of mine, they would probably tell you that I don’t like climbing or pedaling, but that’s a lie. I love going on long rides, I love the feeling I get when I get to the top of a hard climb, I love the feeling of finally cleaning that technical section even though it made me want to rip my hair out. As long as the riding is rewarding, I like it. I obviously like going downhill the most, that’s why I race enduro. I have participated in NAET races, Oregon Enduro Series races, Enduro World Series races, Scott Enduro Cup races, Big Mountain Enduro races, and they have all been phenomenal.
Where would you consider the best place you've ever ridden?
I was just in Crested Butte, Colorado for the Crested Butte Ultra Enduro and it is easily one of the best places I have ever ridden. There is so much riding to be done there I’m sure it would take a solid month of riding every single day to cover the trails just in the valley. Not only are the trails amazing, but also this place is beyond beautiful. Hood River is also a favorite of mine. BUT my all time favorite place(s) to ride are at home in Flagstaff, and in Sedona. Flagstaff doesn’t have a bike park, but the riding is amazing. It’s a lot like Colorado, at 7,000 feet with a lot of climbing and big descents. Sedona is world famous for it’s riding, and it deserves being so. The trails are incredible, extensive, you can ride to all of the trails from town, you can ride year-round, and it’s one of the most beautiful places in the world. But I’m a little biased. 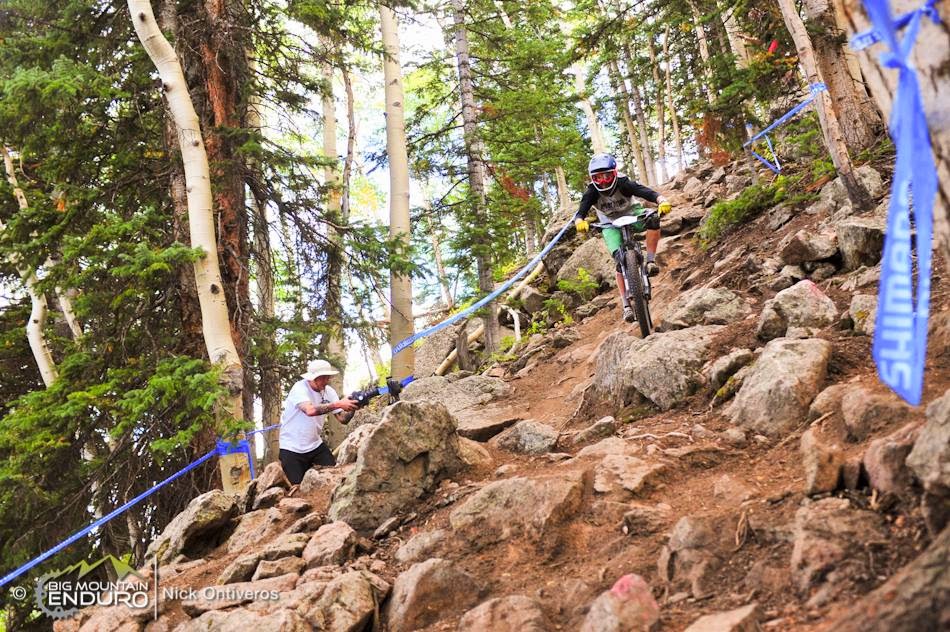 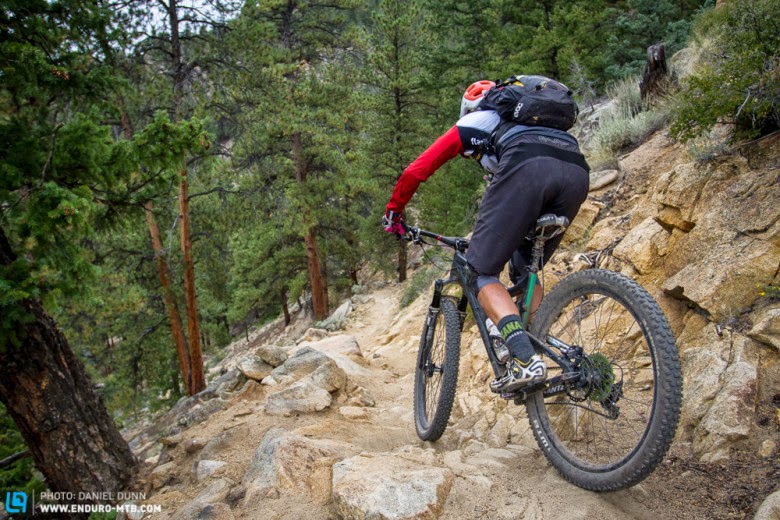 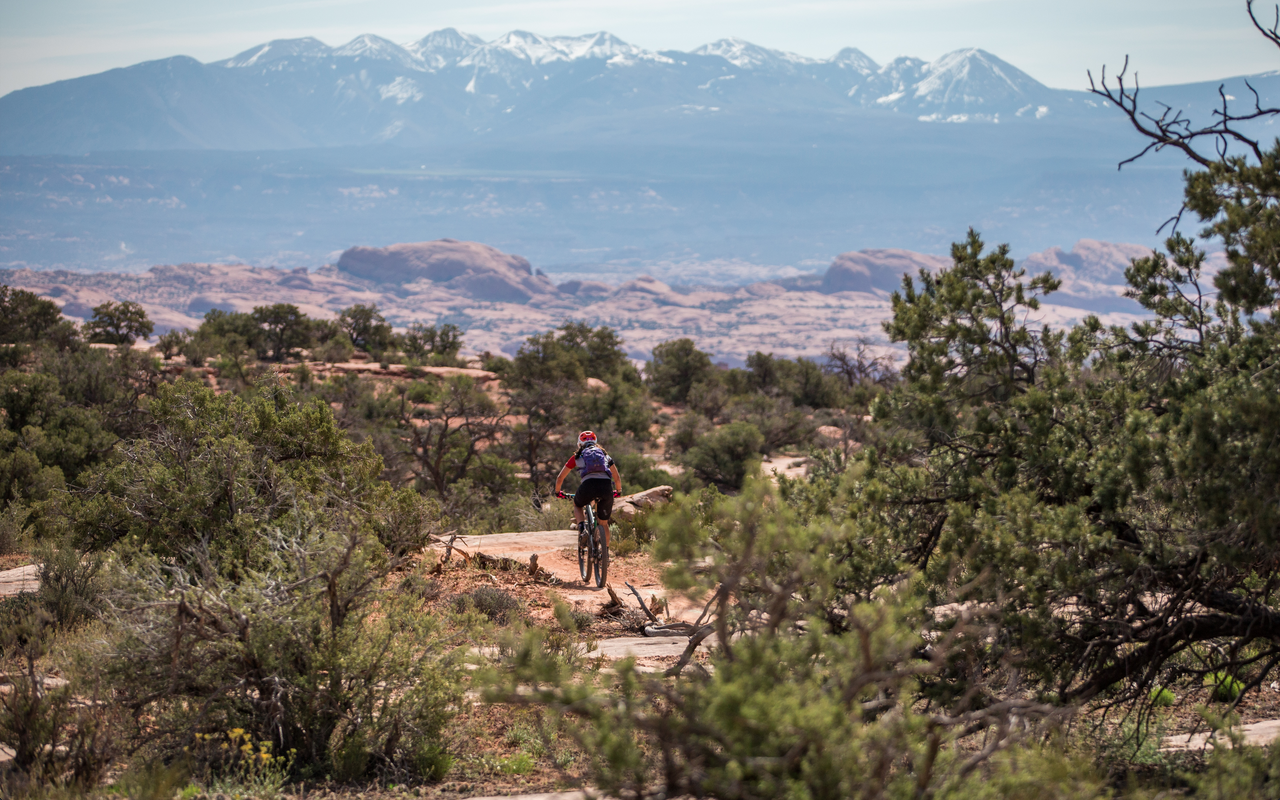 What do you feel would encourage more women to take up off-road styles of cycling?
Having the media pay more attention to the women in the sport, especially in the United States. Cycling, road and off-road is huge in Europe and the media pays attention to it. Really the only cycling event that gets any media attention in the US is the Tour de France. Which is 21 days long and all male. LAME. Air the UCI Downhill’s, XCE’s and XCO’s, BMX, Four-Cross, Cyclocross, etc.
What is something random about you that people may or may not know?

Some random things: I am a full-time student at Northern Arizona University studying biomedical science and chemistry, but I LOVE political science so it’s my minor. I suck at golf but I wish I were really good at it. If I lived somewhere where I could do water sports year round, I think I would want to be a professional water-skier. I love animals, I have two golden retrievers and a cat, and I’m always bringing home strays or abandoned animals and taking them to the vet and finding friends to take them—This summer after spending a few days down at Havasupai, I almost took a stray puppy home in my backpack from the Supai Village. I am a firm believer that karma is the ultimate force in this world; what goes around comes around. I have a younger brother who is way cooler than me… The list goes on and on.
Labels: interview