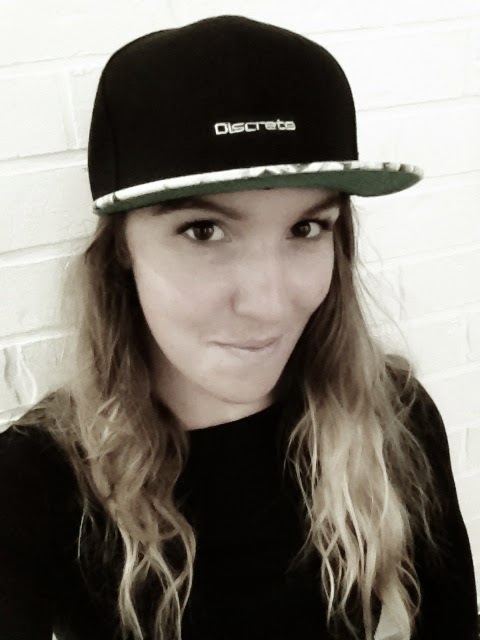 Today I’d like to introduce you to Amanda Batty!
She grew up on a farm in Utah and discovered a love of bicycles at an early age. Her recount of how she learned how to ride a bicycle without training wheels is fun. Of course it resulted in a crash-but it didn’t stop her from getting back in the saddle and becoming a great woman rider.

I had read an article recently, and I was truly inspired. It was about Amanda’s crash last year, and how even tho she suffered substantial injuries, continued the race and won. When I was asked if I wanted to be put into contact with Amanda, what do you think I said? “Heck yes!!!”

I sat and read through Amanda’s biographies on her website and Facebook, to figure out what kind of questions to ask and find out more about her. I must say, she’s as genuine as they get.

A breath of fresh air and honesty-one that is willing to admit that she comes with faults, but isn’t interested in compromising her own integrity to blend into the masses.
One thing she stated on her profile is this, and it’s something that I sought for myself for so long and it feels like it’s just starting to happen in my life: “I have a firm belief that there's a place in this world for every single person.”

You had a period of time where biking took more or less, a hiatus. You took mountain bike back up in ’09, do you feel your time off two wheels made you a better rider? Were there any moments where you felt like you “forgot” any of the skills you had previously learned?
Oh, definitely. When I first climbed back on a bike in '09, I was lost. I could barely pedal a straight line. But they don't say 'like riding a bike' for no reason -- some things you don't forget. Other stuff I picked up along the way, and I asked a lot of questions (sorry to anyone I annoyed out there).

I don't feel like my time off the bike necessarily made me a better person, but I did experience a lot of things that taught me to go after what I wanted and to never give up, so I guess you could say that the time between bikes (almost 10 years) created the athlete I needed to be.

How did you get started in the professional industry? Were there any aspects of it that surprised you?
Get started? Uhhhh... Shit. I'm not actually sure how it happened, it just sort of... Did? I dunno. I was racing and writing and... Can we say I've gotten 'started' yet? Are we allowed to say that? Ha ha!
One of the biggest surprises is how large the gender disparity gap is between men and women, and that it's widely accepted. That's always been a big surprise.

What has been one of your bigger struggles with riding professionally?
Keeping my mouth shut. Ha ha! I'm not good at pulling punches and while I can be tactful, I think people are too politically correct, too often, and that it makes for a very wishy washy industry and sport. I really try not to offend people, but I think too much bullshit hides behind mis-perception and misinformation, and I'll call it like I see it. I'm too opinionated. It's what has helped me stand out, but it also hasn't done me a whole lot of favors.

What has been one of your most inspirational moments?
When my sisters or other women tell me that what I'm doing helps encourage them... Or when I hear that I've helped pushed forward some sort of change. Seeing change, seeing more women get involved in riding, and watching the sport evolve has really helped me recommit to doing my best to leave mountain biking, and the world, a better place. 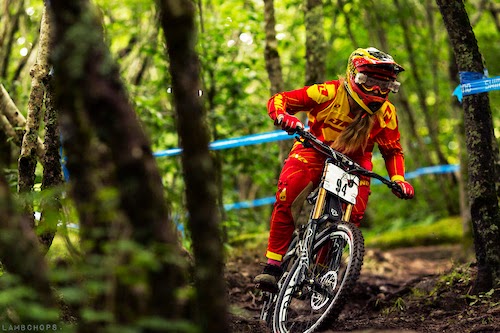 Lately there has been a lot of talk about women who race not receiving equal payout. What are your thoughts on this?
My thoughts are that I'm conflicted. While I understand that lower attendance numbers make it more expensive to have a women's racing category, I also understand the unique need for women in racing and MTB in general. You won't get that by devaluing an entire gender. I also feel strongly that equal payout is important to creating a competitive drive for the women -- just because fewer of us are risking everything doesn't mean we're not risking it all. Is it fair? Of course not. Life isn't fair. But is it right? Absolutely. They're not always mutually exclusive.

Being in the race scene, what are some things you hope to see change in the future?
I'd like to see the sexism stop. I'd love to see women help stop the sexism, and step up and take control of their sports. I'd really love to see women stop relying on their sexuality to get them places and instead, use talent and hard work and humanity to get somewhere. I'd really love to see teams commit to the future of their athletes (not just what those athletes are doing now) and I'd REALLY love to see downhill in the Olympics. I'd love to see mountain biking invest in itself and grow sustainably and smartly, not into an economic bubble that's going to burst again in ten years from now.

What do you feel deters women from getting involved with cycling? Especially mountain biking?
I don't honestly know. I used to think I knew, but I have no freaking clue. I think there are a lot of reasons women hesitate. At the bottom of it, if we're really being honest, I feel like it's a cultural fear thing. It's a fear of stepping out of the mold and doing something different or trying something they might not be good at, but I also think that's changing. We'll see. It would be great to get more women involved, especially where women make up nearly 80% of the household purchasing decisions in the US -- we could have a lot of really positive influence on the direction of our sport if we wanted to.

What do you feel could happen to make changes and/or encourage more women to ride?Increasing exposure and opportunity -- group rides, community rides, and for those of us inside of the industry to actively reach out and make friends and pull other women in. It works... I know because I've done it. It's addictive. It just takes a few texts, maybe a phone call. It's pretty rad, actually.

What inspires you to encourage women to ride?
The feeling I get when I accomplish something or overcome a situation. Every woman deserves to
feel that. Every human deserves to feel that.

I want to encourage women to confront their fears and tackle these crazy scary obstacles. I want women to realize they're more than just a genetic lottery, or some idiot fashion editor's version of beauty. They're more than the compartment they've been pushed into, or even the one they've chosen and they should know that. 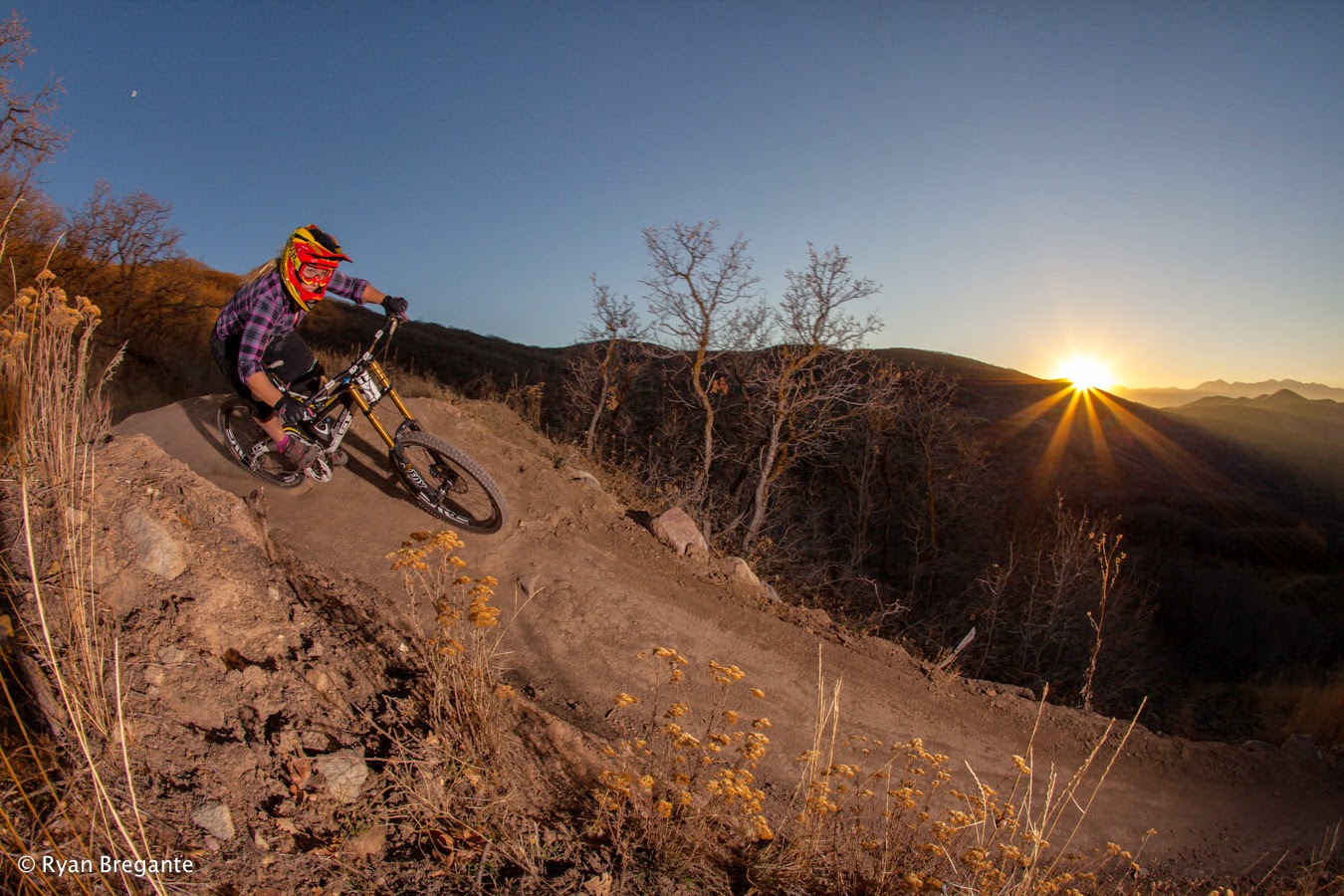 We're amazing, complex, valuable human beings with so much more to offer the world than Instagram selfies and skewed sexual value ratings. We're all smart, talented, creative and driven individuals that really could use to have that pounded into our collective brain a few million times. I want to build a generation of women, passionate about who they are and what they're doing... And if mountain biking helps make that happen, then hell yeah.


Tell us a random fact about yourself!
I'm a peanut butter freak. Seriously...I love the stuff.