Sexualizing Women-Can't We Be Real? 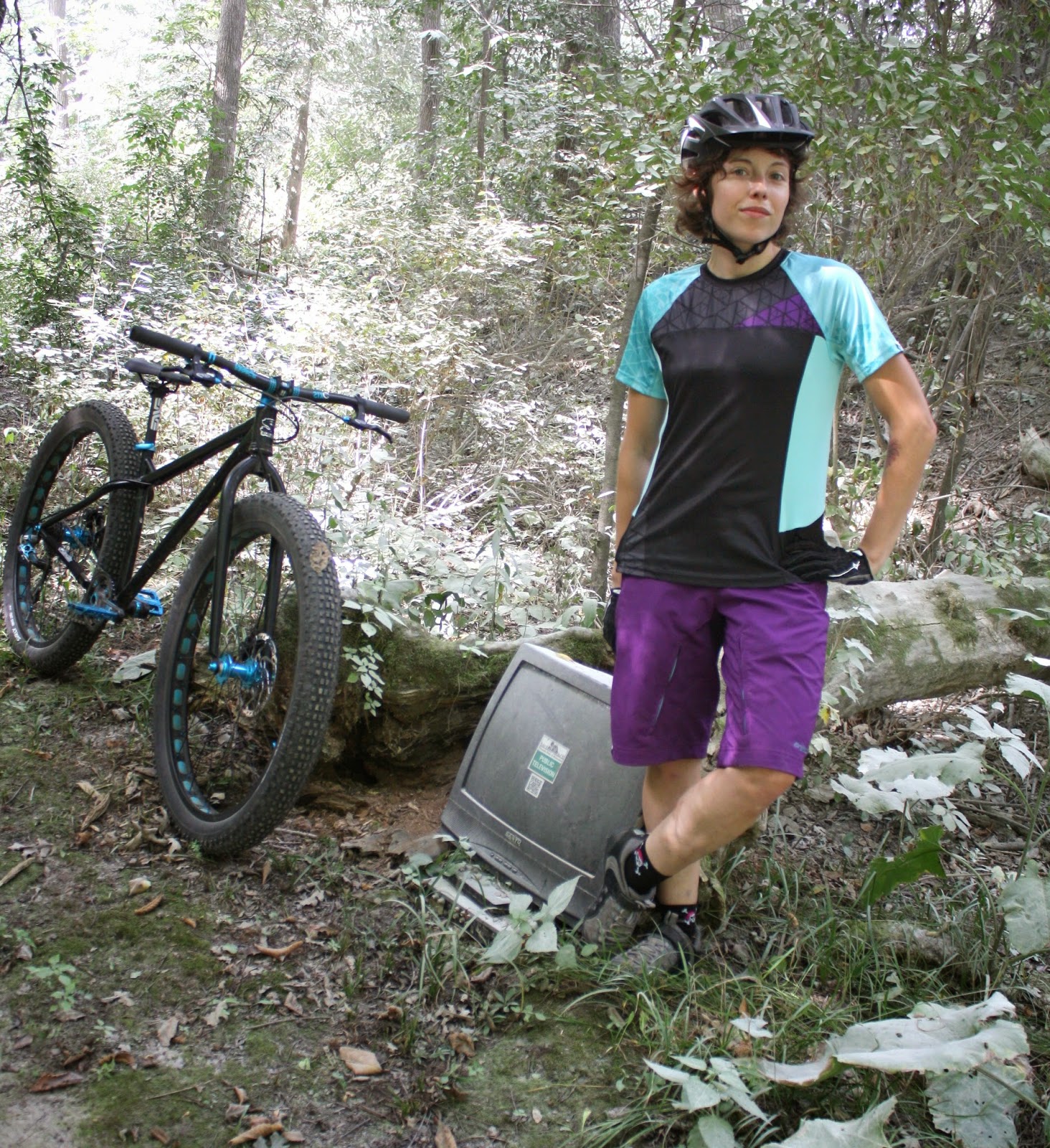 As a woman who loves mountain biking, I feel the need to represent the minority as a positive role model. I’m glad to know several, wonderful women, who are great role models for future generations of female mountain bike riders. Let’s be real. There is a huge divide among women who mountain bike and don’t. There also seems to be a divide among the type of women who ride and how they show themselves to the world-you get women that sexualize themselves vs. women who do not.

Does the woman who shows herself as a sexual individual, who is undoubtedly attractive; garner more attention than the woman who chooses not to? I’m sure, yes. Frankly because we are in a society where sex sells.

The woman who shreds like a badass wants men to notice and pay attention to her recent video might say something like this "I’m a beautiful woman with bright lipstick and what I call “sexy” glasses. My long hair is down, flowing, and super fun to flip. I obviously am not wearing a shirt or bra, and I sure do love my lollipop."

I’m sorry, but I do not understand why an intro to a really great video has to be so sexed up? I surely didn’t enjoy watching the prelude; it made me wonder “is this how women want to be viewed?” Let’s objectify ourselves even more. I can’t be a legit mountain bike rider unless I’m acting like bimbo because that is the only way men will pay attention to my skills.
Prior to the video, I saw this one featuring Claire Buchar, and it inspired me to get out and ride my bike.

A woman who isn’t objectifying herself, underplaying her talent, or sexing herself up; she is a woman who loves the sport. She can show the world her skills with the off-road scene and not present an intro with her in minimal clothing and painted with bright lips and candy. It made me feel like getting on my bike and shredding! Granted, my “shredding” ability is minimal yet, but it sure did make me feel like getting on my bike and riding the best I possibly could.

Both women are talented, but both are showing the public two different intros.
The first sends me the message that I’ll only get attention if I’m sexy. It’s “dumbing” a woman down and objectifying her (looks vs. talent.)

The second video has a woman who is not afraid to ride with “the big boys” and is more than happy to be real and do her thing. She doesn’t need to bring in stereotypical female behavior and “sex it up”…it’s a video that both men and women can find inspiring.

Another video that was uploaded awhile back really disappointed me because it featured a woman mountain bike rider who was (imo) pretty darn good. However the video primarily focused on one of her “attributes” and obviously, if it were to “sell a product” all that they really seem to be selling are really active cleavage shots.

Amanda Batty is another example of a woman in the mtb world that I can admire because of her outspoken nature and passion. She maintains her normalcy and promotes an image of a real, authentic woman. She was vocal in the comment section relating to the “She’s Doing It Right” video, of course, there are those who do not share the same viewpoint. 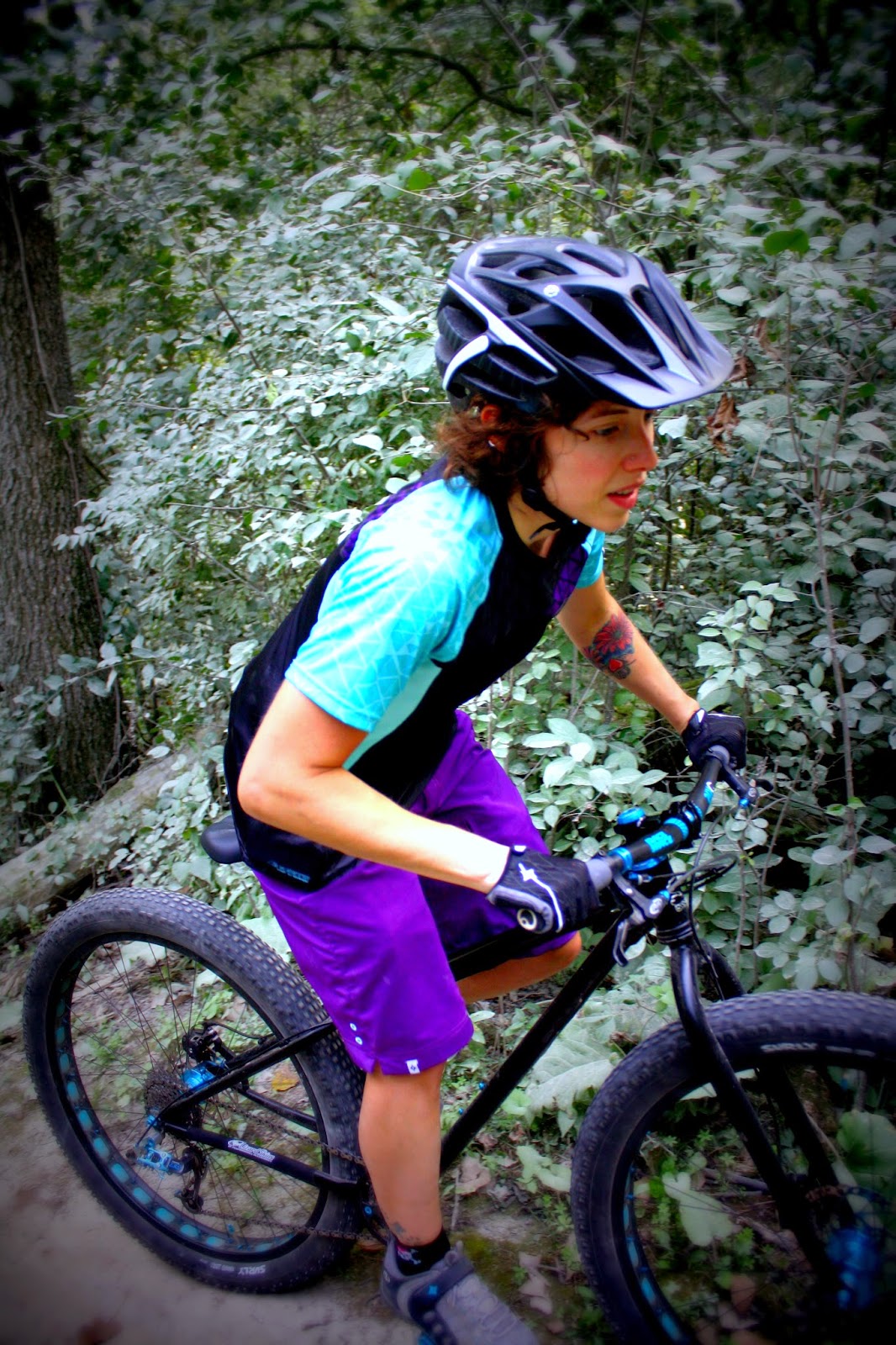 Okay. Fine. No one ever said that a woman who is confident and attractive can’t post sexy videos of herself riding a badass bike on some badass dirt. However, what one doesn’t seem to grasp is that it continues to objectify our bodies. It can make women feel inferior, insecure, and unhappy with their awesome selves.
It turns a woman into a visual that isn't focused on appreciating her cycling skills, but rather the focus turns more to her physical looks. What about the other women in the world who would like to have the light shown on them for skill alone?

If the same amount of people watched a video of a skilled woman riding some awesome trails vs. a skilled woman who is overplaying her sexiness before, during or after- we wouldn’t have such a problem.

More or less I want women to think about what they are doing and/or promoting. You want more women to become active with off road riding? Stop making it look like you have to be a bimbo in order to “make it.” For a sport that is primarily male dominated, why should I have to “show it all?”
I want to be noticed for the effort I give and the skills I build, not for my looks and/or body.

We need more women who are positive and believe it’s important to show off skills without fluffing up their physical attributes. Sure, people on one end of the spectrum will say we’re being “prudish” and taking the fun out of something. Well, good for you-but thankfully there are others who feel the same way and want to make sure ALL women feel welcome.