Riding with Friends During the Day and Night! 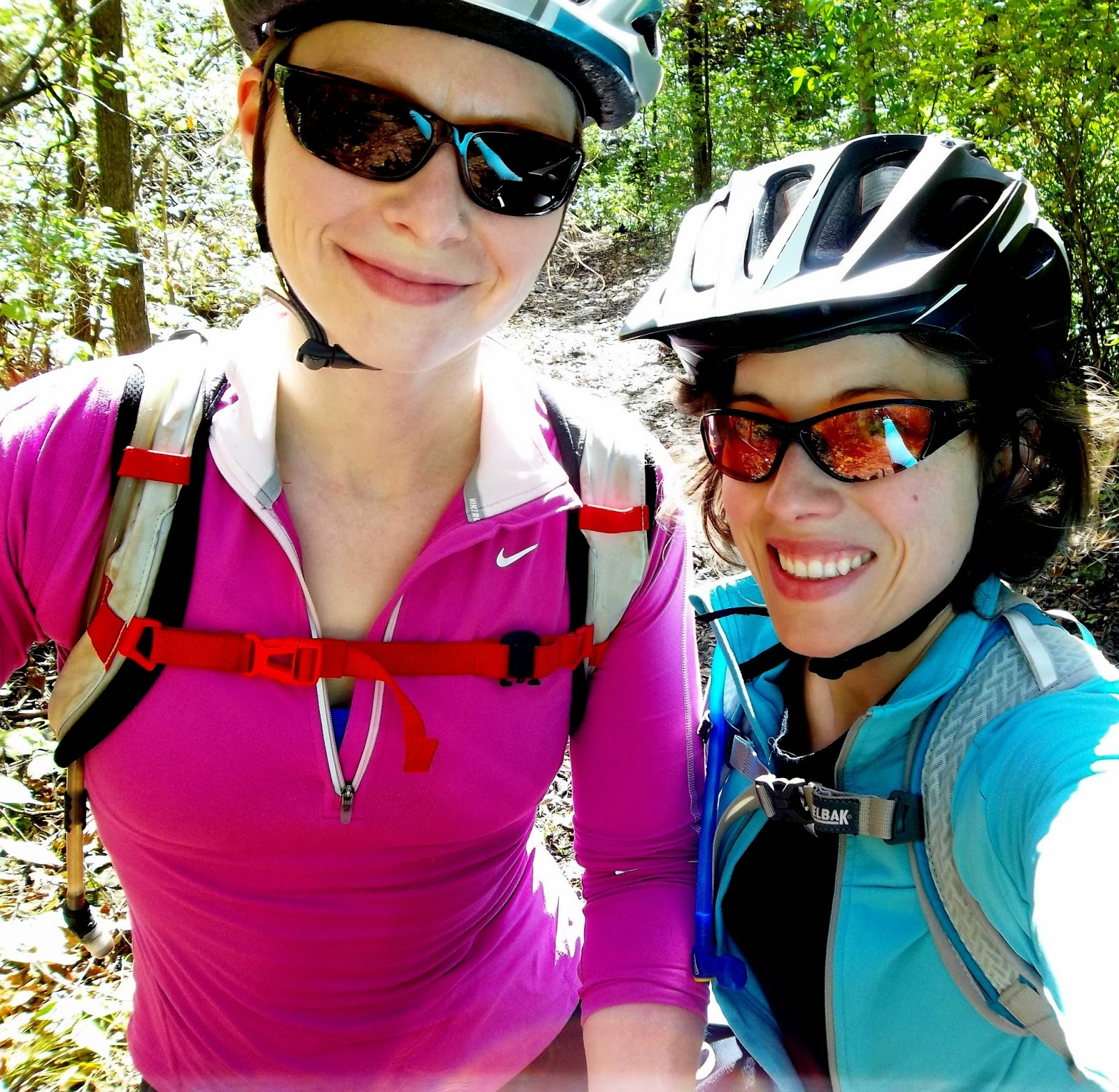 It was Saturday (October 11th) and I was going to be riding with a good friend of mine out on the  mtb trails. Kristin and I haven’t ridden together as much as we would’ve liked to this year, so we were exceptionally happy for this day.

It was probably about as perfect of a fall day that you could get! We rode on an easier set of trails with limited technicalities that I knew would be enjoyable and give an adventurous feel.

It was a morning that was good for the soul. You can't really go wrong with conversation, laughs, and lunch.

I mentally prepared myself for the second ride I'd be going on in the early evening.

Travis had a friend in town that used to work at the bike shop a few years back. Plans were that we'd start our ride at 6 p.m. and it would turn into a night ride. I was a bit nervous with how it would go as I'd never been on a night ride before. I also didn't want to mess up on silly things in front of a person I've never ridden with before, nor did I know if I could keep up or not. I made sure Travis knew that I didn't have interest in leading the ride. Better for me to be behind everyone in case I fumbled or bumbled; both men had more riding experience and I figured it would be nicer to not have them worry or get held up by my possible moments of inexperience.


Soon enough Jason had arrived and it was time to head out!
Travis said we’d ride our normal route for the first part of our ride, that way I would be able to start out in familiar territory.

When we got to the entrance of IPT, Travis announced that I knew the trail well and that I should lead. What?! That was not what I had planned at all, nor was I able to seemingly convince him that it was a negative idea. Oh fine. I was nervous because of the rock garden, as I still have difficulties maneuvering my Cali through the rocky pathway. I didn’t want to “fail” in front of Travis, let alone another person I’ve never ridden with before. I like the thought of being able to seem impressive for a new mtb rider, especially for my first year along with being female.
I successfully made it up the Yard Sale hill and before I knew it, I had maneuvered my bike past the rocks and was off! Travis was able to witness my small victory, and I felt confident that the rest of my ride wouldn’t be awful.

After IPT we were going to head up North 40, and again, Travis indicated I should lead. I was anxious because the two climbs have a way of easily tripping me up. If the first one doesn’t, the second one probably will or vice versa. I led the way and hoped for the best. The first climb was okay and I slowed up a little after the corner so I could have a better chance of making the second (and longer) climb. I made it around the corner and pedaled hard, doing my utmost to keep weight on my back tire as the ground was drying out and the rocks were loosening. Yeah! I made it!

Gunnar and Pines were next, and from there we made our way to the upper half of Little Big Horn. That is when I had to turn my light on, which had me thinking I shouldn’t lead anymore but Travis felt that with LBH and Fred, I would do fine. After Fred’s our plan was to hit up Lower Randy, Captian’s, Dunning’s Loop, Upper Randy’s and back down. I figured I would let Travis lead up those trails, particularly because there are a few sections that I’m not always amazing at.

I was a mixture of nervous and excited while I rode the trails in the dark. My depth perception sucks when it’s dark out, so there is a new challenge to riding trails I have established a comfort level with.
Shadows loom out of nowhere and while riding down Fred’s I was sure I saw a panther. I managed to stop myself before I let out a gasp. I felt a little silly about that. 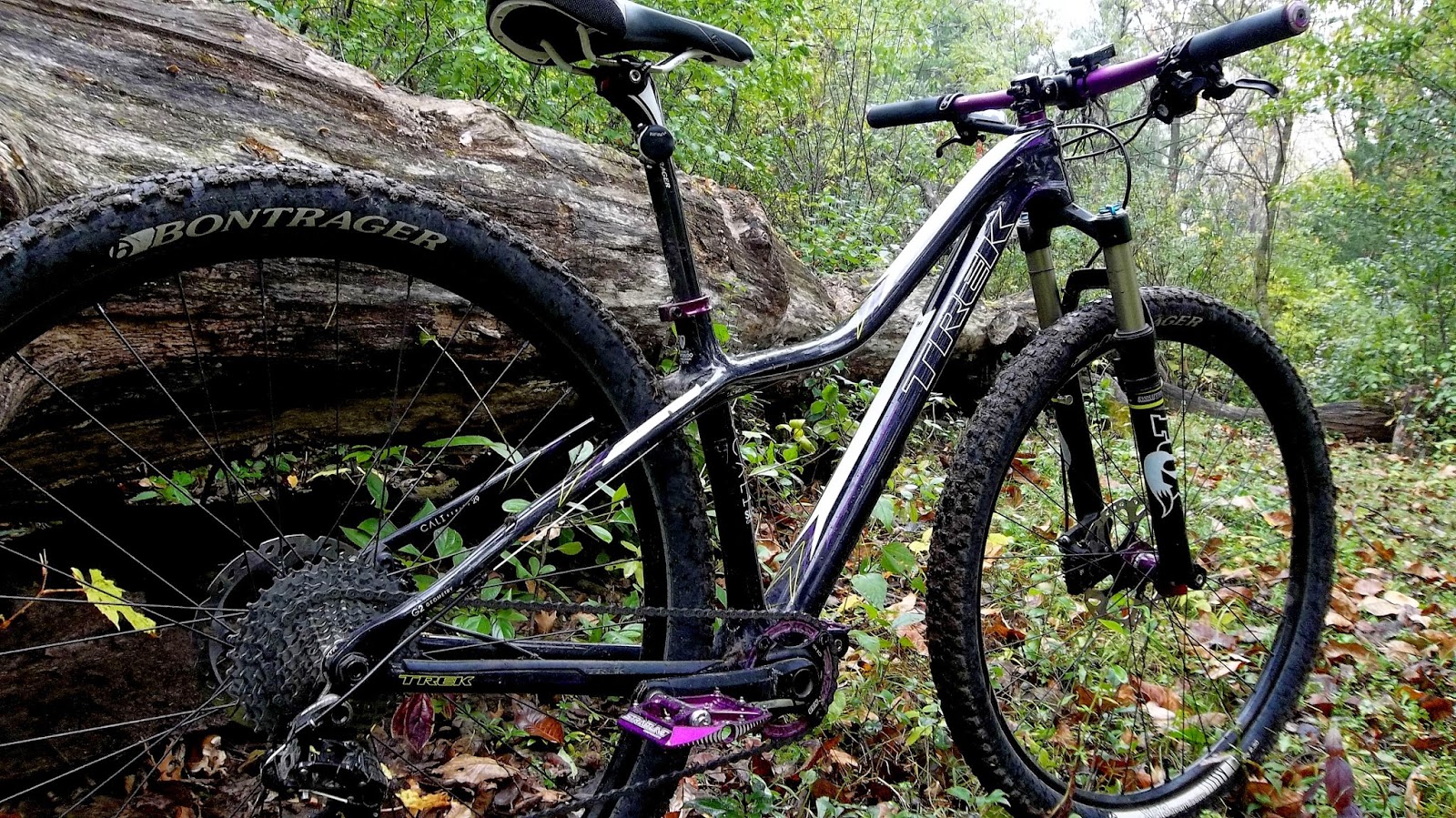 When we made it down Fred’s Travis asked me how I was doing and wanted to make sure that I felt comfortable with the light set-up. I did have him adjust it so it angled down a little more and mentioned that (much to my surprise) I would rather be in the lead on the following trails. Reason being-it’s my first night ride. If you go first you don’t have to worry about a body blocking your light and I felt I’d fare better seeing things right away rather than behind someone.

I did have a moment where I slipped up while riding up Lower Randy’s and I had a second stall-out on Backside. Travis passed me but allowed me to reclaim my lead once I was able to get going again. I have this habit or determination that I will find a way to get started partway up a hill (rather than finding a more level area to get going again.) That determination seems to baffle, amuse, and/or entertain the people I ride with. I figure if I can get going rather than walking and starting, I’ll have some sort of advantage. Plus, it'll be my niche.

I made my way to the root section on Backside that always seems to trip me up more times than not. I slowed up to catch my breath from climbing, shifted into a slightly harder gear, and then pedaled as hard as I could.
“Thatta girl!” said Travis as I pedaled the rest of my way up the hill, slowing down once I got to a more flat area. Bursting is still tough for me, but it doesn’t stop me from trying. It’s worth the effort when I can make tough spots here and there; I will get them more frequently in time.

As I led us up to Captain’s I saw pairs of eyes from the resident deer and raccoon that inhabited the woods. I hadn’t seen so many deer up close in one spot before and I must say it was truly amazing! We rode around the top of Dunning’s and continued down to Upper Randy’s. Twists, turns, and acorns made riding that trail more entertaining than I cared for. It was an accomplishment to ride that trail successfully, and I proceeded to lead us to the Luge.

Oh I love blasting on the Luge, however, I must say again- depth perception.
I felt like I was too close to the left and the last thing I wanted to do was biff it badly in front of Travis and Jason. I became more reserved, much to my annoyance, but I would rather be safe than sorry.
At the bottom had discussed how we felt, if we were tired or if we’d have enough energy to ride up to Palisades and do Upper, Lee’s Loop, turn around and do them in reverse and hit Middle and Lower Pali on the way down. We opted to do so, because why not?

After our first loop I found my legs were becoming tired and I slipped out on a section. I ushered Travis and Jason to take the lead as I finished that trail on my own.  I had to admit that my legs were tired. I felt bummed. Travis and Jason have the ability to really “go” and I was leading the entire ride as a first year rider. Not very fast, a comfortable pace, but definitely a bit more reserved in the dark. I told myself to not worry about it, if it was that big of a deal they would go off and just ride with me somewhere behind, like I originally thought would happen.
Someone had enough faith in me to have me go first. I also had accomplished some climbs and sections that I was worried about having an audience for. The whole purpose of the ride was to go out, re-introduce Jason to the trails, and have fun. That is what we did.
After we finished the trails and headed home, I said to Travis, “How many months did it take me to ride the Pali trails alone? Now I just rode them in the dark!” 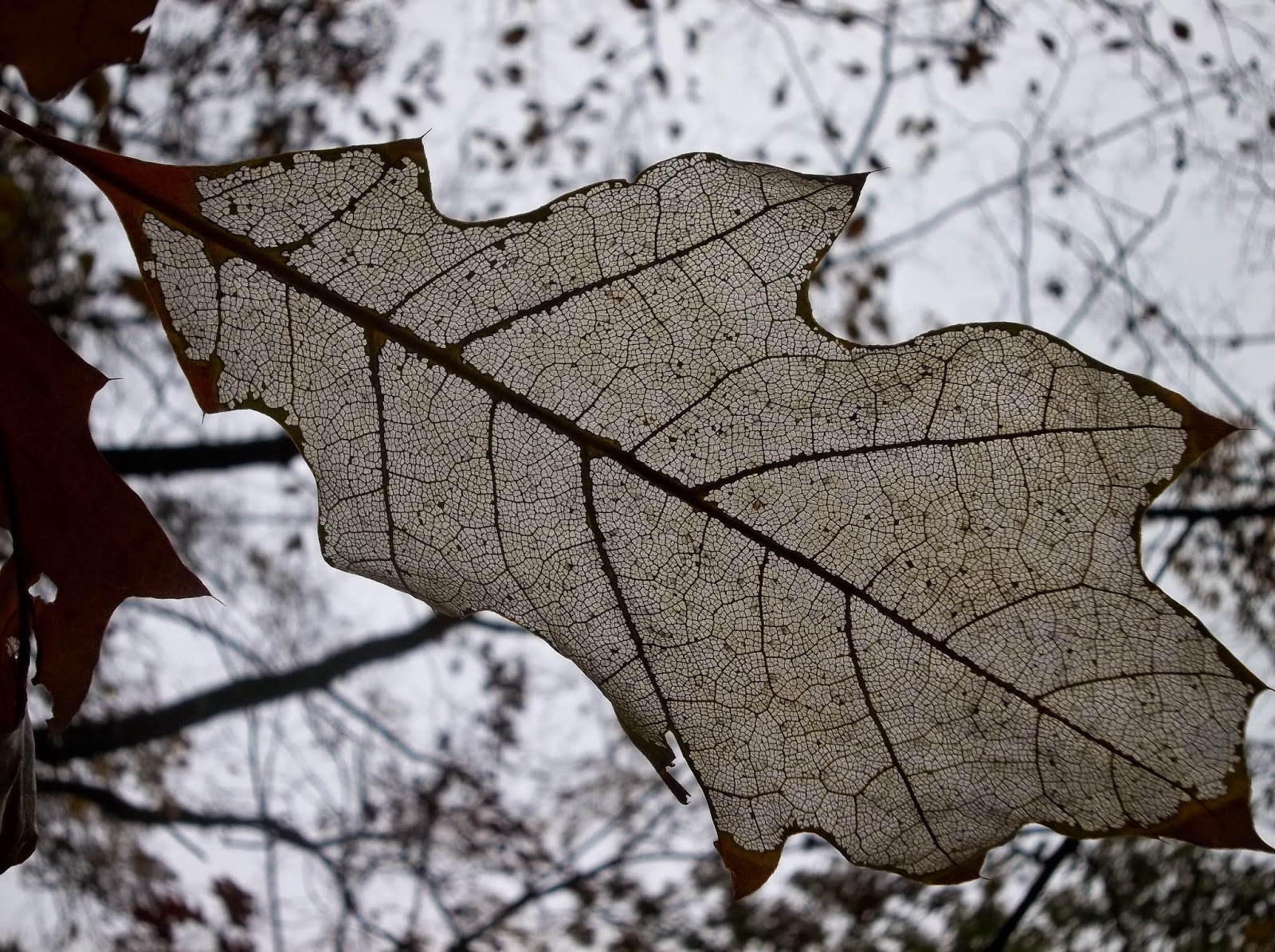 It was a great learning experience for me on multiple levels. My first night ride experience was very positive and I’m really excited to go on another one sometime soon. Also? I proved to myself I can ride with multiple people and do so successfully. If I messed up it was minor and looked at in a “We’ve all done that and sometimes still do” way.

Having good people to ride with that are encouraging and help you brush off the small things will keep you filled with the desire to keep growing and getting better.