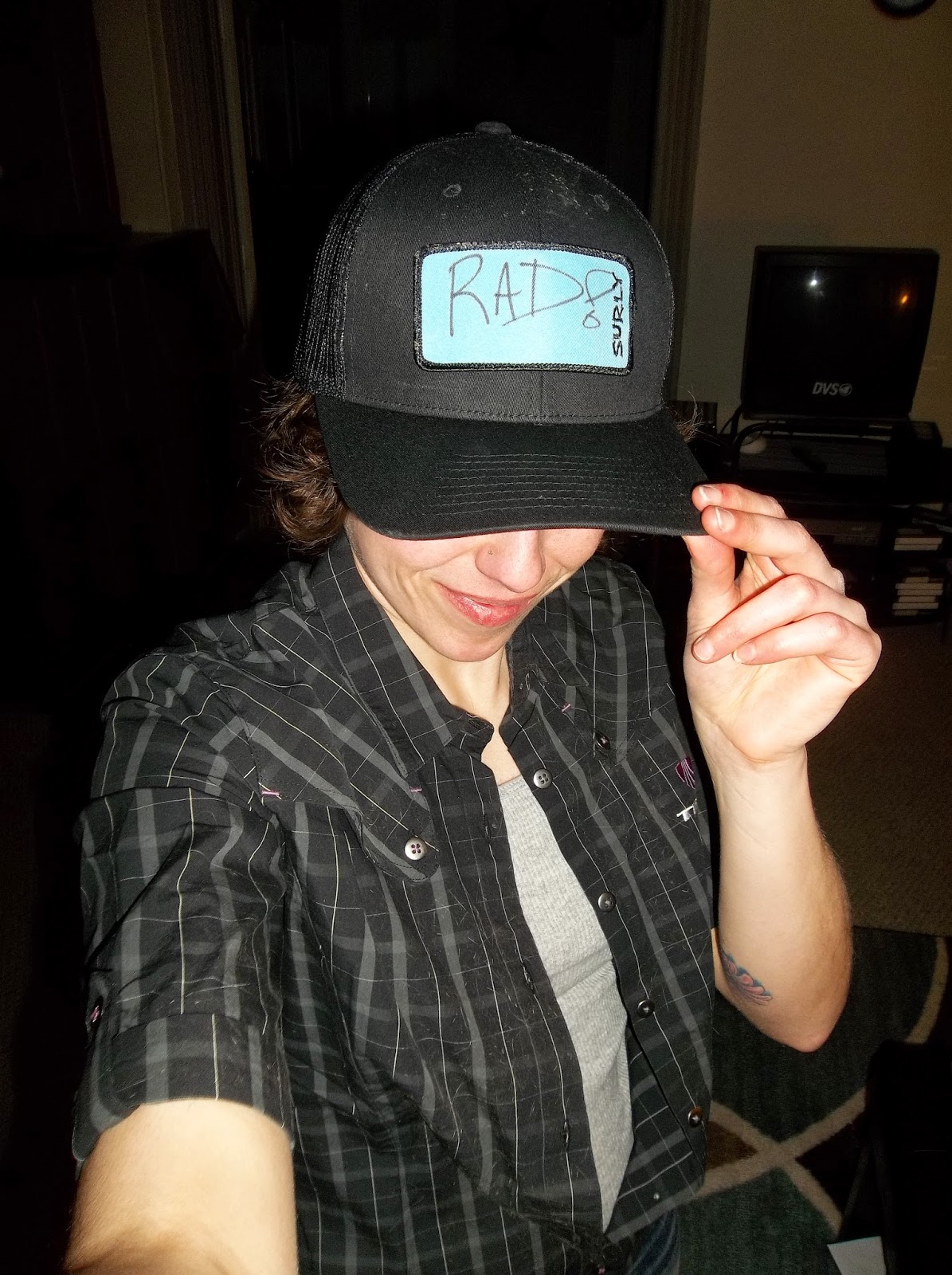 Let me see, what can I say about this past week. Well, we got oh, 9 inches of snow Sunday p.m.-Monday a.m. and that pretty much put a pause on the Spring Sale for a bit. The bonus of this was it gave us time to get bikes built that had been ordered. It also gave time for us to build bikes for the floor.

The main bonus about this snowfall was a few fellows got to try out the Snow Hawk that DHPT invested in to give us future groomed fatbike trails next winter. The snow was wet and heavy, so it proved to be quite the challenge for the machine. However, per a friend's posting on Facebook and with Travis' encouragement, I went out on Friday morning to try the trails out.

I hadn't been on single track since PWC, and I fully believed that it would be my "last hurrah" and to find myself on frozen snow again, actually riding pretty darn good, I was thrilled. A ride outside beats a trainer ride any day.

Saturday came sooner than anticipated. We were all wondering how the day would go, what would be accomplished, and how the flow of people would go. Whippy Dip opened up on Thursday and we're still dealing with the "first few days" of those customers. At one point on Thursday Travis went out to the parking lot and saw ALL the (potential) parking spaces in front of the shop were taken by the WD customers. Plus spots in front of WD and the other business in the "block". If anyone wanted to come to the shop, they would have to walk. Wow!

Kristin and I went out for a ride Saturday a.m. while the snow was still frozen. I was slightly late to work, but thankfully the temps were still a little chilly so we weren't busy right away at 9 a.m.

It was a "slow roll" to busy, and for awhile it was pretty darn controlled. Two sales really stuck with me today.

One was a girl who had been riding an oversized bike for some time now and had thoughts of actually riding MORE, yes MORE, single track. She had been riding the easiest stuff, which in Decorah would be River Trail or the Pines. That's pretty much it for "easy."
She ended up with a black Specialized Rockhopper. I'm hoping that she finds joy with the bike and I'll cross my fingers! Hopefully she'll join me on one of my Sunday rides!

I was able to stop a couple before they left. The woman admitted that she hadn't ridden a bike in a long while. She and her husband had a daughter who finally got the hang of riding, so they wanted to ride with her. As I listened to the woman, I could completely see my 2012 self talking again. It had been so long, I didn't know if I could actually 'ride a bike still' and my confidence level was zilch. I thought the Crossroads Sport would be an ideal bike to start out with. She also tried an Electra, but felt that it was a bit cumbersome for her needs. I went over stopping/starting, to alleviate the "tiptoe" method so often used.

It was one of those where you could hear a person feeling skeptical, but yet there was an underlying desire that was greater. Plus a supportive partner vs. one trying to buy a bike that isn't a good fit.
And you know what? He had been having issues with his current bike and the leaned over position was something he was starting to find difficult. He tried a Crossroads Sport as well.
Two bikes found a couple! And it's great because they won't have bikes "opposing" one another. One geared faster/slower than the other.

Excitement for "new bike day" something that I don't want to say I've taken for granted, but I do feel like the excitement over my "first" bike has somewhat triumphed over all the others. For me it was more than just a bike, but a reclaiming of myself. I saw that today. THAT gives me hope for the future and for other riders.

The one thing I will say that I've noticed is the cost. I'm hearing a bit more about the cost, and the price given is down near the bare minimum of what it takes for an entry level bike in that so-called "category"...which honestly, from experience: you do get what you pay for.

A road bike that's in the "middle" vs. the lowest end, a mountain bike closer to 1,000 than 600. Things to consider, not always easily digested. Price can strike fear in a person and make them almost not want to buy something at all. I've had "sticker shock" before, it almost makes me throw up. However, and I will say it seems more typical with the women- but it seems like one can buy nice shoes, nice purses, and nice cars...but they want or seek the lowest $ amount bike. Why shortchange yourself? There is a concept that you should purchase a bike that you feel you are "worth" or within a certain "level." What if you purchased a bike you were truly worth? What if you purchased a bike that you could really GROW with? You can upgrade parts to a point, eventually you'll find all you need is a new bike.

It's something to think about. It's something I can talk about from personal experience, too. I wish there was more time sometimes to talk with people about it. Will the young lady enjoy riding her bike? I'm betting 100% she will. Having a bike that is more sized to the person will make her more comfortable to explore single track trails without being unsafe. (rather than on an over-sized bike)

Everyone is different and chooses their own path, so to say. If you leave happy and completely in love with your bike, I'm happy and grateful that our shop could be part of your experience!

I'm so very excited that women are showing interest in the led off-road rides!
1-2 people can sign up at a time, but I'm willing to take a group of 3-4 if it's a group of friends that are all excited about the ride. Signing up can start in May, the first ride date will be the 17th. $15.00 includes a led ride, an opportunity to borrow a mtb/fatbike/helmet if you don't have one.
Rides will start at 4:00 p.m. on Sundays, so please arrive 10 minutes early so we can get you set up with bikes and have a quick meeting about what you'd like to do/where you'd like to go.

Any questions? Email me: josie@decorahbicycles.com