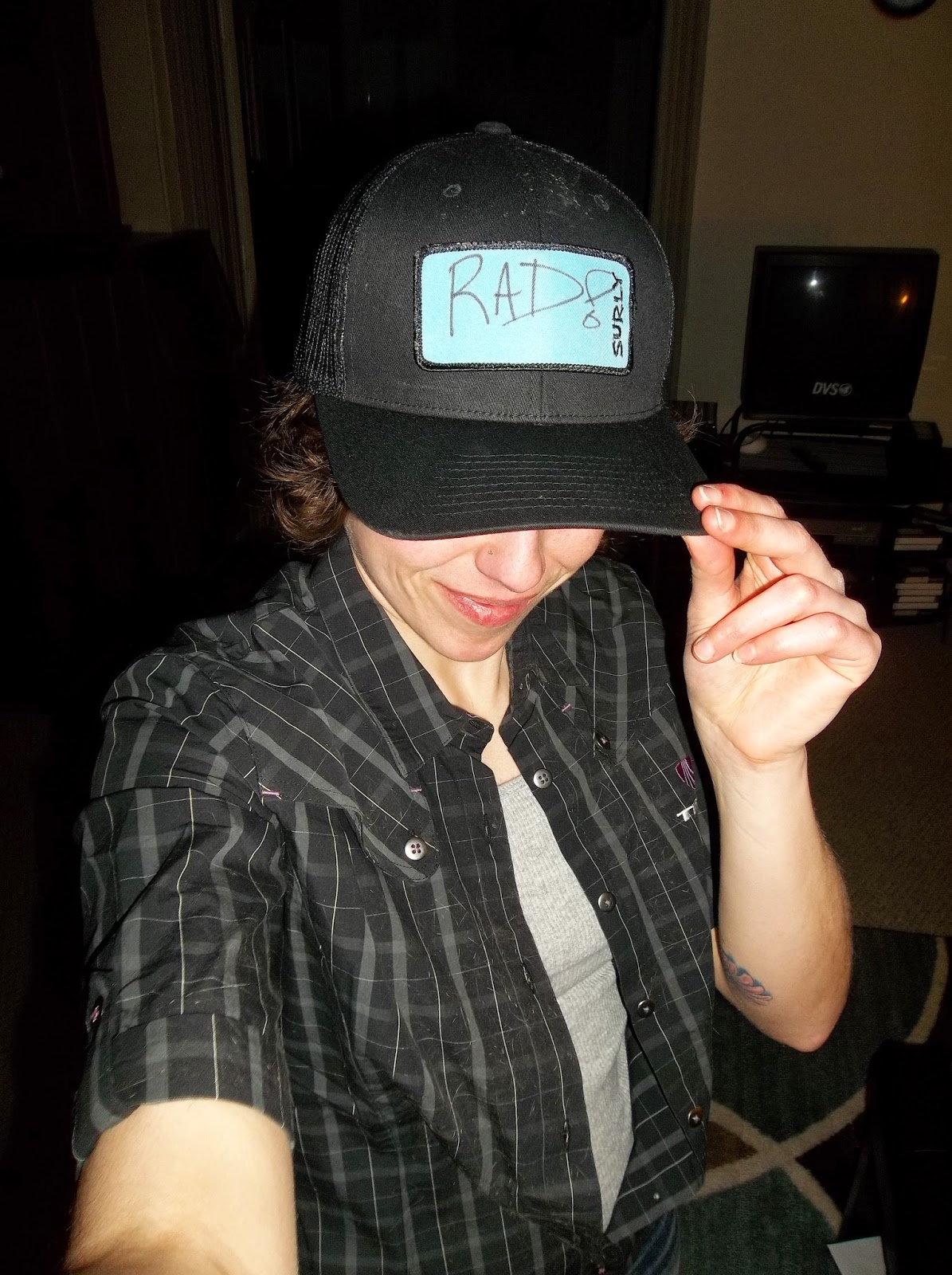 I will admit, I was extremely nervous as Saturday came forth. I think it was probably similar to what I felt during the first few MAD sales that the Co-Op had. There is a lot of hype. Which it's there for a purpose and that is for preparedness. We were worried that it would be difficult with our current staffing. We had Kai come in early, and it's a good thing because it was instantly "game on" as soon as we got bikes out and our sign flipped.

I was nervous as all get out, but I put on my game face and did my best to just roll with it. I knew I would have two people, for sure, coming in to purchase bikes on this day. The women that I talked to a few days ago who are interested in going out fatbiking some Sunday. They had called ahead of time to have their bikes set aside for them.

The gentleman who had come in on Thursday night also came back to get his new bike.
I was so happy for him, and you just knew that he was really, really pleased.

The best story of the day came not long after we had opened. The lady who I had talked with extensively on Monday who had chosen the white/pink Crossroads Sport had called on Thursday saying she would have to wait on the bike. This was after she had called earlier in the day saying she would purchase the bike on Saturday. I felt bad. I know stuff like that happens, but I just didn't know if it had anything to do with me or what.

A man had come up to the register on Saturday with a printed off photo of the same tag that we had on the bike. I was sad. Happy that the bike would be going to a new home, but sad it wasn't to the lady I had helped. I asked the fellow for a name in which I could put on the account- and he said the name of the lady! It turns out he was her husband and he had went through great lengths to surprise his wife with a birthday gift aka "the bike."

My eyes started to water a little! It was fantastic! He said he had talked to his wife's good friend to find out information on the bike she was interested in. Apparently, their daughter is getting married and the wife was feeling guilty over spending money on herself. So he had her friend say that her son (who works at a bike shop in a bigger city) could get the same bike for even less than what the price would be at 15% off. She fell for it. That gave her husband enough time to research a little, come in, and purchase the bike for her. Long story short he went home and gave her the sheet of paper telling her that she had to go pick up her bike. Awesome! She came back with some birthday money to purchase her accessories. That really made my day.

Another lady I had worked with earlier in the week came back and found a bike she liked. The last '14 Specialized Vita we had in the store. She was a bit surprised to find that she chose that bike over the Trek FX 7.2. Either way, she got a great bike for her paved trail riding!

I'll be honest, I was worried about being able to develop rapport with people, but thankfully that's not the case. I've had several people thank me for working with them/listening/and answering their questions. Yes, obviously I will be helping women on a regular basis and I really do feel that it's a great asset for the shop. If I can talk with them and help them feel they are making the best decision on a bike for themselves, then I'm glad to be there. There is purpose for me.

Website compliments keep coming and I will continue to feel a little giddy every time.

I did manage to figure some things out on my own (per- register sales, etc.) and I also realized that I DO know more than I think I do. I can talk about stuff and sound somewhat intelligent, yet be able to keep it relateable to those new to riding.
Getting a little better at figuring out sizing and also where seat height should be.

At the end of the day, within the controlled chaos, Travis deduced that we did very well as a team. He was happy, therefor it was good.

30 bikes found homes on Saturday, which was amazing! 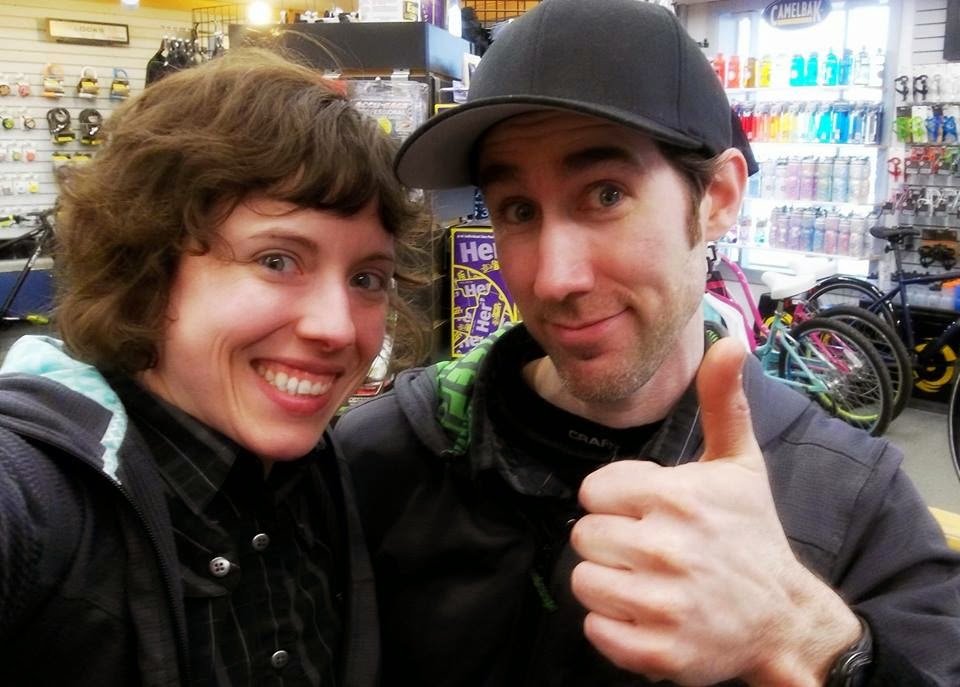 However, the 2nd day of the sale proved to be busy right at noon, and about an hour later or so it had disappeared. Monday was equally dead due to the fact we had gotten about 9 inches of snow overnight. At the very least the slower days will give us a good amount of time to get ordered bikes ready for people!

Side notes:
Saris Rack Upgrade special is still on until the 31st! Visit our website for details! You can trade in your old car rack (any condition/model) for a new, select Saris rack at 20% off!

Repairs are a month out, give or take. It is preferred we get your information and call you to bring your bike in rather than store it in our overflowing shed.