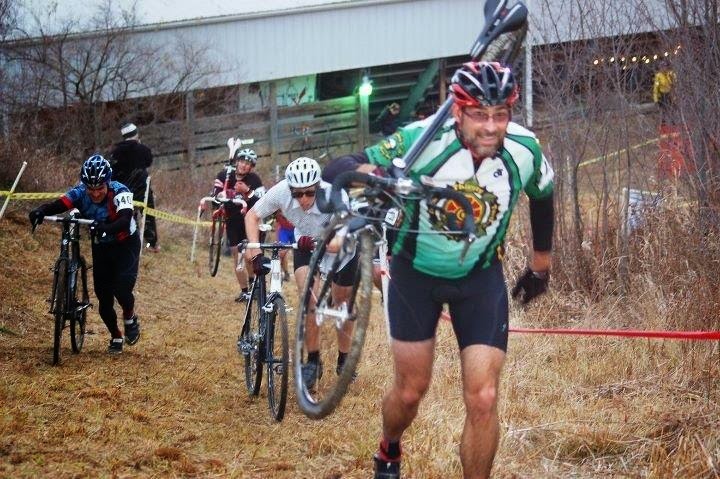 I'm 41 years old, grew up in Elkader and now live in Iowa City.

When did you first start riding a bike?
I think I was around 4-5, but can’t recall for sure. I do remember my first bike though black and gold with a big race number on the front. Sweet ride.
What motivated you to ride as much as you have over the years?
As a kid I rode for fun and transportation so it was a combination of both. Actually now that I think about it things have not really changed other than there is a bit more sport involvement now than there was as a kid. I don’t think I need any motivation to ride it’s just what I do.


How many years have you and Darian ridden together? Did either one of you have more biking experience than the other?
I put her on a mountain bike in 1997 and that did not go over real well so we sold the bike. Then in 2005 she decided she wanted to ride RAGBRAI so we bought her a road bike and started training. Up until this point I just rode bmx and mountain bikes for fun and transport. After a couple of years riding Darian started to do group rides and cyclocross and eventually worked up the courage to try mountain biking again. I had more experience than Darian since I was a kid the only time I did not ride a bike was during the 3 years I was in the Army.

Did either of you introduce the other to a new aspect of bike riding (like mountain or road, etc.)
I guess you would say I introduced her to mountain and cross. She introduced me to road riding.

What are the best parts of sharing a common interest with your wife?
It really helped to strengthen our bond early on having something that we loved to do together. We used to spend a lot of our free time riding together and now that we have Anya it is a lot harder to get out on those long rides. I think sharing a common interest like cycling it helps each other to understand the passion we have and makes us more understanding of our want/need to ride. We do miss riding together as often.
Have you competed in events? If so, what were your reasons for competing?
I have done a couple of mountain bike time trials, a couple of gravel races, and a fair amount of cyclocoss. I suppose the reason I have done the gravel and mtb races was because of my affiliation with the ladies that host the Chamois Time race series in Iowa City. I do cyclocross because it is a blast both as a spectator and a racer.
What would be your favorite competitive biking event?
Hands down the best event for pure fun and racing has to be Jingle Cross in Iowa City. I also really enjoy Bobbers Cross in North Liberty and Oakley Night Cross in Des Moines.
What kind of riding is your favorite? (paved, gravel, mountain, etc.)
This is a tough one because I really like all types of riding and it is situational/mood dependent. I would say gravel, mountain, then road. I also like to tour, but have not done anything more than a couple of hundred miles and 4 days.
Do you remember how you felt on your first mountain bike ride? (If not a mountain biker, how about first commuter ride, paved trail ride, gravel, etc.)
My first mountain bike ride was amazing even though the bike was a cheap commuter bike not intended for trail use. I had so much fun even with that tree jumping out in front of me that my biggest priority was getting a real mountain bike. That moment set into motion a new ideal of what cycling could mean to me and eventually my family.
If you had nervousness at all, what do you do or think to overcome it?
The only way I know of to get rid of the nervousness is to do it. There have been a few times where I have had to stop and look at the trail for a second, but that does nothing for the nervousness it’s actually doing it that will get you over it. 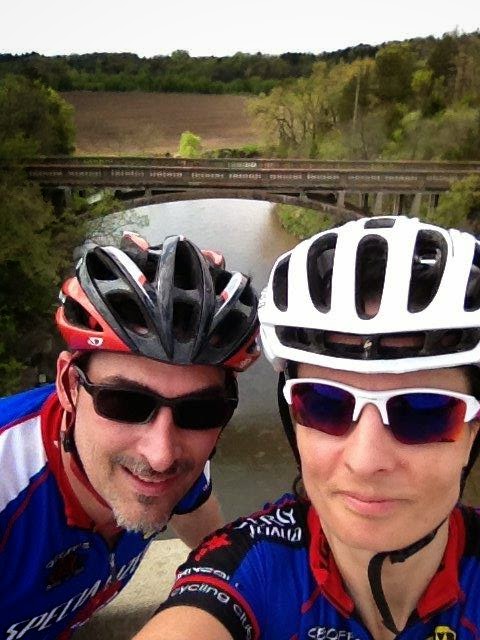 Do you use clipless pedals? If yes, what are some tips/suggestions for beginners that you would share? If no, are you thinking of trying it out at all?
I do use clipless pedals. Get in the habit of clipping out before you need to stop so you don’t panic in the last second and fall over. Eventually it will become second nature.
If you are a commuter what are some of the challenges you face and how do you overcome them?
The biggest challenge for me has been dealing with cars. I learned to pick the best route not based on shortest distance, but where is the least traffic during rush hour. Unfortunately cars are always going to be there and people are always going to have road rage. Eventually you get used to cars buzzing you and the road rage becomes comedic most of the time.
Do you commute even if the weather isn’t ideal? Why or why not? If yes, what do you do to make it more tolerable?
Yes, I have ridden to work almost every day (may have missed a day or two a year) for the last 8 or 9 years. I just like to ride and it is very inconvenient to park at my work. It is actually intolerable for me not to ride to work it just doesn’t feel right if I don’t ride in to work. For winter riding the hardest thing is keeping feet and hands warm. If you invest in the right equipment it makes anything tolerable.
Have you had a bike biff? If so, how did you recover on a physical/mental/emotional level?Many, many, many crashes but luckily no broken bones or permanent damage. There have been a couple of times where a crash made me a little hesitant, but you just need to get back on the bike and conquer your fears. I crashed the first time I rode the MTB trails in Decorah and got a little cut under my eye and a cracked rib. The worst part was that I had trouble getting back out of the trails on my crippled bike so I wandered around in the woods for 30 minutes before I found my car. The crash was totally my fault and I knew what I did wrong so just had to wait awhile to conquer that same section. My wife was not thrilled since it was our anniversary and instead of going out for dinner we went to Wal-Mart to look for butterfly tape and rubbing alcohol.
What do you love about riding your bike?
It is one of the few times that I actually feel free. Regardless of what kind of riding it is I just feel like at that moment the only thing I need to do is ride a bike. That is the only thing I am required to think about at that moment which really helps to clear the mind. Um, let’s just go with I love everything about riding a bike.