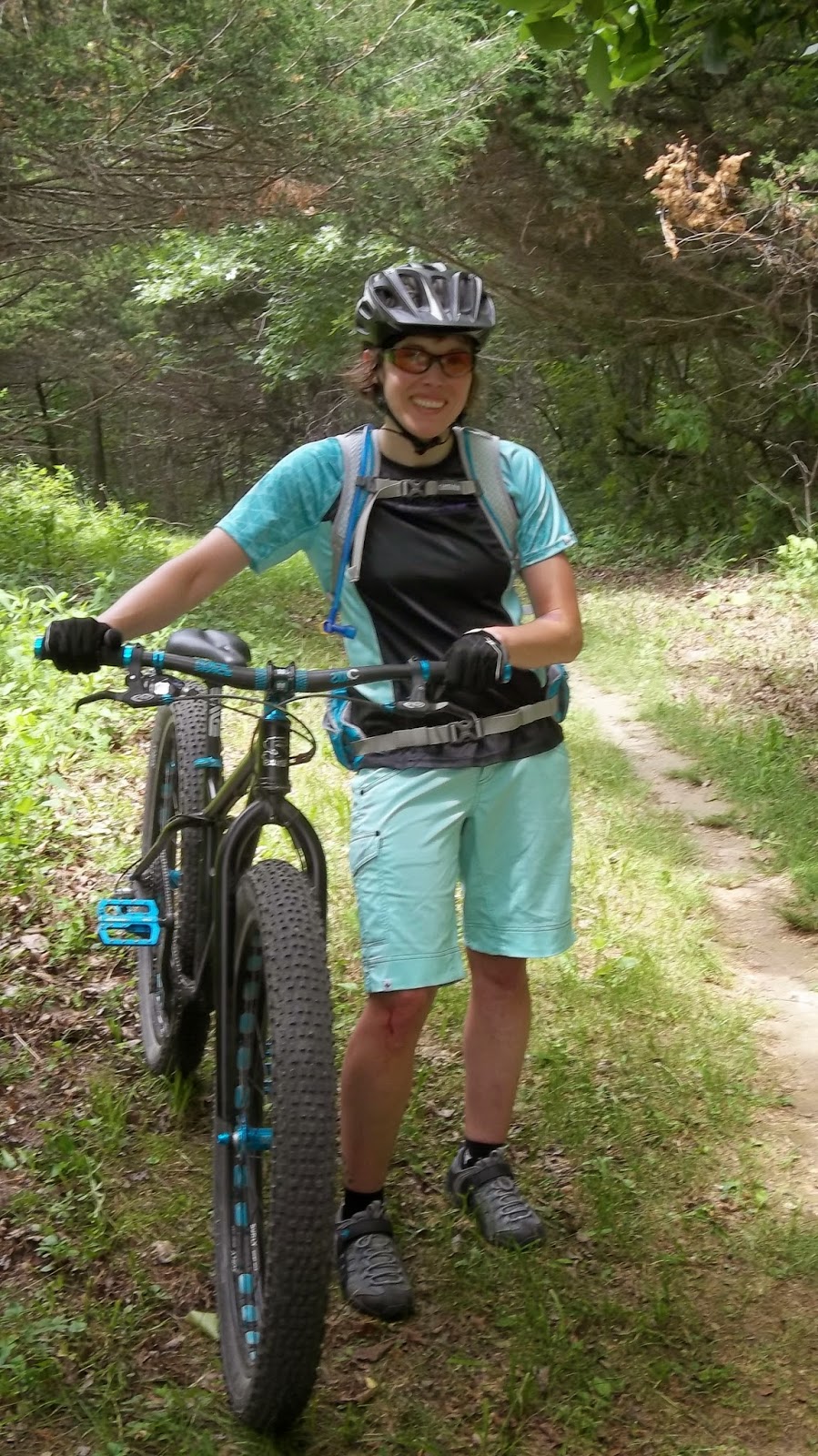 I remember back when I was a little scrapper of a kid who went out fishing on the Yellow River with her dad. Apparently you can catch trout in the Yellow River, however I seem to not have a knack for anything "Smith-y"

I cannot find morel mushrooms, I cannot find arrowheads, I suck at finding really awesome fossils and agates, and to catch a trout? HA! Mockery. I forgot...I've never hunted either. I'm a Smith but cut from a far different cloth apparently, which is fine by me. I will find my own awesomeness.

I remember I had just started getting comfortable with the concept of putting a worm on a fishhook all by myself. I was never confident with it, truth be told, but I wanted to "man up." I mean, if I'm going to be a terrifically skilled fisherman I must worm my own hook. That is when I cut my finger, I remember the blood rushing to the surface and trickling down towards my arm. I do not believe it hurt too much, and I think to make me feel better my dad said "Now you are a true fisherman, you caught yourself on the hook. That happens to everyone at least once."

I remember beaming with pride over my new found fisherman status. I was a "true" fisherman now, nothing could take that away from me. Never mind that I caught nothing better than a sucker to which I said "A sucker for the sucker."

Today I went on a great ride with a friend of mine (Kristin) and introduced her to some of the trails I know. This was my first time riding with someone other than Travis, now I would be the leader in assisting someone with what was coming up. Hills, climbs, roots, scary spots, etc. I would be the one giving tips and tricks, even if I managed to fumble myself. It was educational for me and made me think more about when I did have flubs-what did I do to make it happen? What can I tell Kristin so she knows if it were to happen to her?

We started off on the IPT trail and I decided that I would show her North 40, part of which we walked. As we pedaled some steeper uphills we came to a point where we stopped to walk. All of a sudden I had a sensation that every woman is not really excited over. I had, without a doubt, started my period.
(Yes, this post is going to be open, honest, and without a doubt sharing what ended up to be a very humorous moment for me. Yup, period talk...I'm keeping it real!)
See, I had a suspicion that I would be starting my period-however I wasn't really expecting it to come into full-fledged status for another day or so. This is what you get when you have a Paragard IUD or perhaps no birth control at all. I'm still getting used to the (haha) ins and outs of this particular non-hormone birth control.

I had stood up over my bike and said "Well crap!" What was I going to do? I was completely unprepared minus one poor, piddly pantyliner which didn't do a damn thing. The irony I shared with Kristin is that I always seem to start during a bike ride. Most times I'm not planning to be out as long as I was going to be on this day, or I'm in street clothes and properly equipped. Either way it seems that biking, the effort of going up hills, triggers the start. "Alright, I'm going to start right when you are feeling your most strongest and powerful self. I'm going to make you feel instantly awkward and make you question how long you can go without worry. (Insert maniacal laughter)"

I took heart with the fact that often I do not have a heavy flow to start and I proved myself so totally and completely wrong. We kept riding and riding, up Gunnar, through the pines, then took a spin on Little Big Horn. I decided to take Kristin the way that Travis took me on that past Tuesday. I surprised myself with the hill climbing I was able to accomplish yet still had a hard time with some of the turns and such. Eventually we came to a down-hill turn that you had to stand up and sit back over your seat. I successfully did it once out of 3 times. Hey, it all counts!

We eventually came to a rooted section where you had to lift your tire up to get over it. I found out the hard way on Tuesday's ride with Travis, but found success today. Then we came to this perfect log section where we were able to session lifting your front tire up and over. We did that a couple times before finishing our ride on the trail.

Once we were done with Little Big Horn we came back and road really fast down this section of the prairie trail. When we came to a stop at Gunnar's entrance I asked Kristin what she wanted to do next. "Can we do Little Big Horn again?" How could you say no to that earnest looking face? I couldn't! So we went and did Little Big Horn all over again. I successfully made the corner turn one more time and left it at that. We were done with our second loop before I knew it, and I found myself feeling very satisfied.

Down Gunnar and another loop through North 40 where this time Kristin accomplished the hairpin downhill that really freaked me out the first time. What a rush! After that we went down and through IPT and decided that one more loop through and back would suffice. There was a potential chance she could go on a ride with Travis and myself later and to top it off? It was way past lunch time!

Now this is where it gets to be awkward and funny....
We turned around and went back out of IPT and when we came to the fire road I looked down and saw something amiss. It turns out my chamois was not going to be the savior I thought it would be. "Oooh man!" I was feeling pretty darn sheepish. Of all days, why did I choose to wear teal shorts?! Lesson quickly learned and I experienced something I never really experienced before. Quick thinking had me take off my baggy shorts and shove them into my Camelbak. I was wearing padded black shorts under the baggy ones and apparently black is my friend right now. I laughed my embarrassment off and decided to just do an awesome job on the way back. I joked about saying I got into a wrestling match with a bear. That sounds reasonable, right?

When Kristin and I left IPT there was a man whom I am pretty sure works or is otherwise affiliated with the Surly Bikes crew who came to Decorah to camp out for the weekend. I noticed he had a really awesome tattoo on his leg and complimented him on it. He said "Thanks!" and then said what made me giddy inside..."Nice bike!" Oh boy! I felt like the hottest chick on the block after that-and it was a compliment to my bike vs. me. Still, it was pretty badass if I do say so myself.

On the ride back to my house before Kristin and I would make way back to the bike shop, her place, and then lunch at the Co-Op I told her that it felt like I experienced a female mountain biker's rite of passage. Like a hook snagging the delicate flesh of your finger, you can't possibly be a woman bike rider and not ever experience a surprise like I did today. Let me tell you this, I never was a girl scout but I sure learned a lesson in being prepared today. Regardless of the accidents (tipping over, smacking trees, making my knee bleed, etc.) You can't get any better than that!
it was the best 3 hours I spent on a bike in quite awhile.

p.s. On the ride that Kristin, Travis and I went on later in the afternoon/early evening you bet I wore black, baggy shorts. Also, I can attest that the teal Specialized Andorra Comp short will get a review before long as well. I really appreciate that they are designed with fabric that is more stain-resistant than not which is a huge plus for someone who has a variety of mishaps-be trail or body.