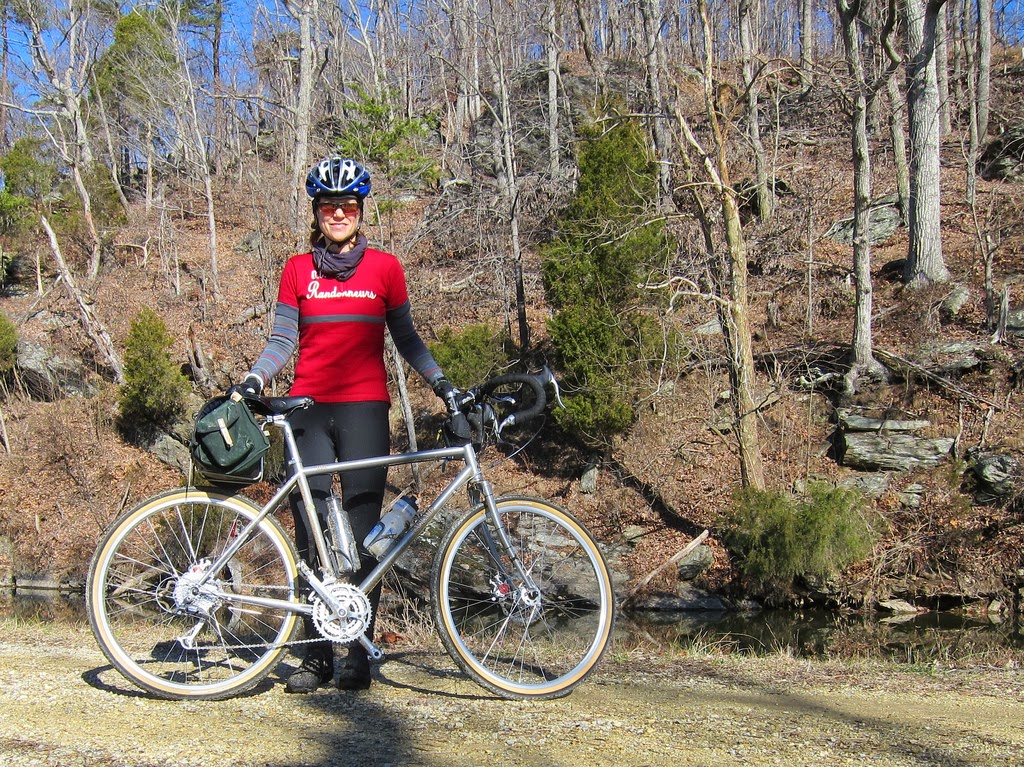 Born and raised in rural Iowa, I now live and ride in Washington, D.C. I learned to ride growing up, but stopped after college. I took up bike riding again in 2004, and now my bike is my primary form of transportation, and I also enjoy bike touring and randonneuring.


You have a blog: http://chasingmailboxes.com/.  What inspired you to start blogging about your bike riding adventures?
I initially dabbled in blogging on my husband’s blog, The Daily Randonneur (http://thedailyrandonneur.wordpress.com/). The stories I wrote on The Daily Randonneur were primarily about randonneuring (timed long-distance cycling where courses range from 200K to 1200K in distance).

I liked that, but wanted my own space to write and I also wanted to explore other bike-centric themes, like bike commuting in Washington, D.C., and the bike touring we like to do.

What have been some interesting things that have happened since you started blogging?
Through Chasing Mailboxes I have connected with people in ways I never imagined. I’ve become much closer to the #bikeDC community through my writing and bicycling.

I have shown up to randonneuring events and met people who read my blog, and I have also met other bloggers whose writing I like. It’s such a cool feeling to connect in person with others who you have only known in a disembodied way.

I also run bike challenges through the blog. These include Coffeeneuring http://chasingmailboxes.com/2013/09/30/third-annual-chasing-mailboxes-coffeeneuring-challenge/  -- a fall challenge where participants ride their bikes to 7 different cups of coffee over a set time frame, and the Errandonnee http://chasingmailboxes.com/2014/03/04/winter-challenge-the-errandonnee-2014-edition/  -- a utility/transportation cycling challenge done in the winter where people complete 12 different errands in 12 days. 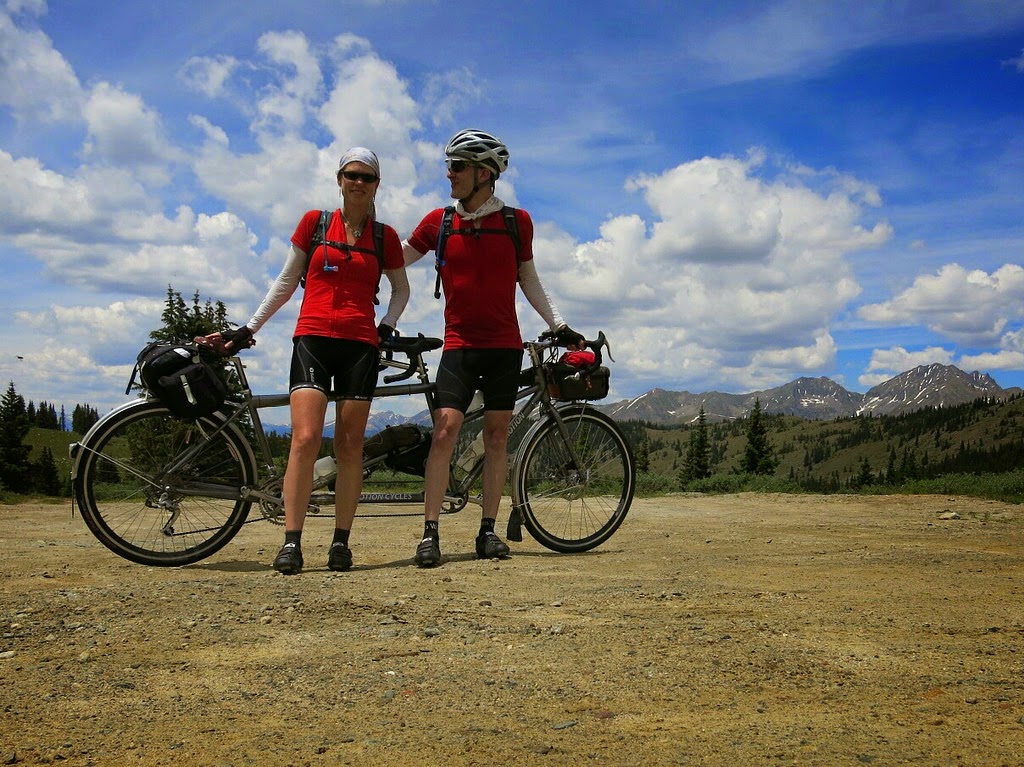 I’ve been amazed by the participation in these challenges, and the positive feedback about Coffeeneuring and the Errandonnee. People are inspired to ride their bikes, connect to each other’s bicycling and blogs through these challenges, and we are all given a small window into what cycling is like for people in their communities.

A few weeks ago my husband and I were bike touring in Colorado and I wrote about our day going over Wolf Creek Pass http://chasingmailboxes.com/2014/07/12/wolf-creek-pass-i-think-i-love-you/ .
A reader commented that he had driven past us as we were climbing it. What are the odds? It’s exciting to discover that people are reading and connecting to what you’re writing about.

Why do you enjoy using social media to show various aspects of cycling?
I am a big fan of social media, and in addition to blogging I use
Twitter, Instagram, and even Facebook to connect with the bicycling
community.

It is through Twitter that many of us in #BikeDC communicate with each
other and even with other groups like the District Department of
Transportation (DDOT). We share information about the roads and query
each other for routing information. We use Twitter to highlight some
of the infractions going on in our city, like people parking their
cars in bike lanes and taxis and others making illegal and dangerous
U-Turns across one of our main commute routes on Pennsylvania Avenue.

Twitter is how my husband and I began Friday Coffee Club
(#fridaycoffeeclub), a weekly morning coffee meet-up of commuter
cyclists in Washington, D.C. Every Friday before work we meet at
Swing’s, a local coffee shop. Originally, we sent out a tweet to
#BikeDC saying that we’d all be meeting for coffee on Friday morning.
That first day, four or five people showed up. Over the last two
years, Friday Coffee Club has grown into one of the main BikeDC
meetups, and it has a steady group of attendees.

I think the DC cycling community was lacking a venue where we could
all meet and talk face to face. People were open to our idea of a
short pre-work gathering. The beauty of Friday Coffee Club is that it
takes away some of the anonymity of the city and I feel like I have a
community of support when I’m out riding around. It also gets your day
off to a great start! I think more of the BikeDC community knows each
other because of Friday Coffee Club, and it all grew out of Twitter.

During the Coffeeneuring and Errandonnee challenges, people use
Twitter as well as Instagram to share their progress. Some also use
Facebook, and a few use Flickr. Others blog. All of these methods work
to connect people to each other, often in real time, as they
participate in the challenges. I love seeing participants leave
comments, encourage each other, and interact. Challenges like this
make the world smaller and they are grounded in the simple, beautiful,
everyday act of riding a bicycle.

What do you feel prevents women from getting involved with bike riding?
I actually am not sure. I was hesitant to start again as an adult because I did not have a good sense of how my bicycle worked and what I needed to do to maintain it. I also was not sure where there were safe spaces to ride in the city. Through running, I learned about our path system and more about the city streets around me. I ultimately decided to pump up my tires and ride.

It also helped that I was riding in D.C. and if I experienced a mechanical that I could not fix on my own, I always had the Metro as a bailout option.

What would you say to encourage others to give it a shot?
Don’t over-think it. Try to pre-plan a good route, make sure you have a bike that is in good repair, and go ride your bike. Despite all the marketing to the contrary, one of the great joys of bicycling is that it is a simple activity. That simplicity makes it beautiful.

Tell us something about yourself that others may or may not know
I love to run, too, and have finished 12 marathons. While bicycling is often social for me, running is my meditation. The ability to engage in both activities on a regular basis is bliss.
Labels: interview