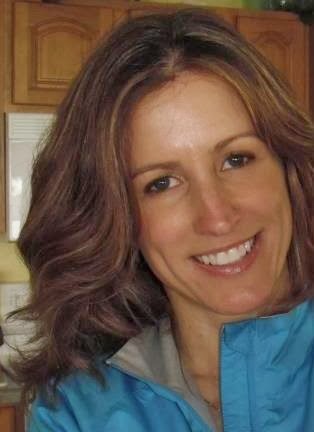 I didn’t know Nicole personally, but rather the traditional standpoint of knowing her husband Jeff. From conversations with my partner, Travis, I learned that Nicole was a successful female mountain biker. Petite in stature (only knowing this from brief encounters at the Co-Op or in pictures) I was inspired by this woman who was taking on the mountain bike trails of Decorah! Of course I had to contact her for a Q/A for my blog idea.

I first started riding bike after high school when my dad bought me a mountain bike for my high school graduation present.  At that time, I only road the paved trails in La Crosse.
When I moved to Decorah back in 1999, Jeff just started riding the mountain bike trails here.  A few years later, I decided to join him and road the Twin Springs trail.  I rode that trail a few times with him before he decided to take me up in Van Peenen and Dunnings.

At first I only road with him a few times per month. About 2 years later, when riding got easier for me, I started riding on my own up on the trails.

-I asked if Jeff had ever had concerns over her going out alone on the trails: “He never did worry about me on the trails. That's just his personality. I really don't remember what got me feeling secure enough to ride on my own. I think I just did it. I ride all the time by myself now just because with two kids it makes it difficult for both of us to ride together.”

I didn't start road riding until about 6 years ago.  Jacky Budweg got me into road biking. I went with her a lot before she left on her trip around the world.  After she left, I met a new friend who enjoyed road riding, Sara Dodge.  Unfortunately, she moved and I found myself riding less and less. Eventually I sold my road bike and now only mountain bike. 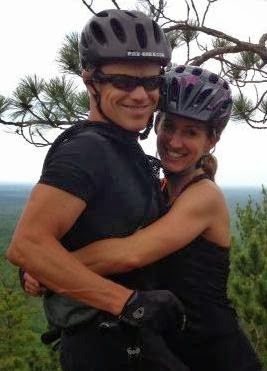 I would suggest using flat pedals and starting on the River Trail.  The River trail is the easiest because there are no climbs, virtually no logs to go over, and the scenery is pretty.  Even my 4 year old can ride the River trail.  If you start anywhere else, it's going to be very intimidating and one could wind up frustrated by the steep climbs, roots, and rocks.  The terrain on River trail is very user friendly.

-I asked Nicole if she had any tips or suggestions on getting used to the clipless pedals: “I practiced getting in and out of them going around the block.”

I enjoy riding bike because it is a great work out!  I have done yoga, various fitness classes, weights, running, cross country skiing etc, and mountain biking is, by far, the best cardiovascular work out I get.  It’s also exciting because it's challenging.  I love being able to clear climbs or obstacles for the first time after attempting them in the past and not being able to make them.  It's sometimes a goal of mine to be able to make it up a climb without walking or to ride over a log without having to step out of my pedal. I love the challenge that mountain biking gives.  I love getting a great work out without the monotony of a gym.

As for the time trials, I've done it four times.  I've won them twice and got second once and third once, I believe, for women. I've done the blockhouse roll twice and one race in Winona. Now that I've been biking more, I actually feel safer mountain biking over road biking. I've heard a few bad experiences from friends on the road and I just feel safer on the trails.

Nicole does plan to ride the time trials again this year; I asked her why she enjoys them: “the challenge and seeing how well I can perform against others.”

It was amazing to email Nicole on her experiences and what brought her to where she is now in terms of mountain biking. It just goes to show that everyone starts somewhere and what you can accomplish with determination!
Labels: interview