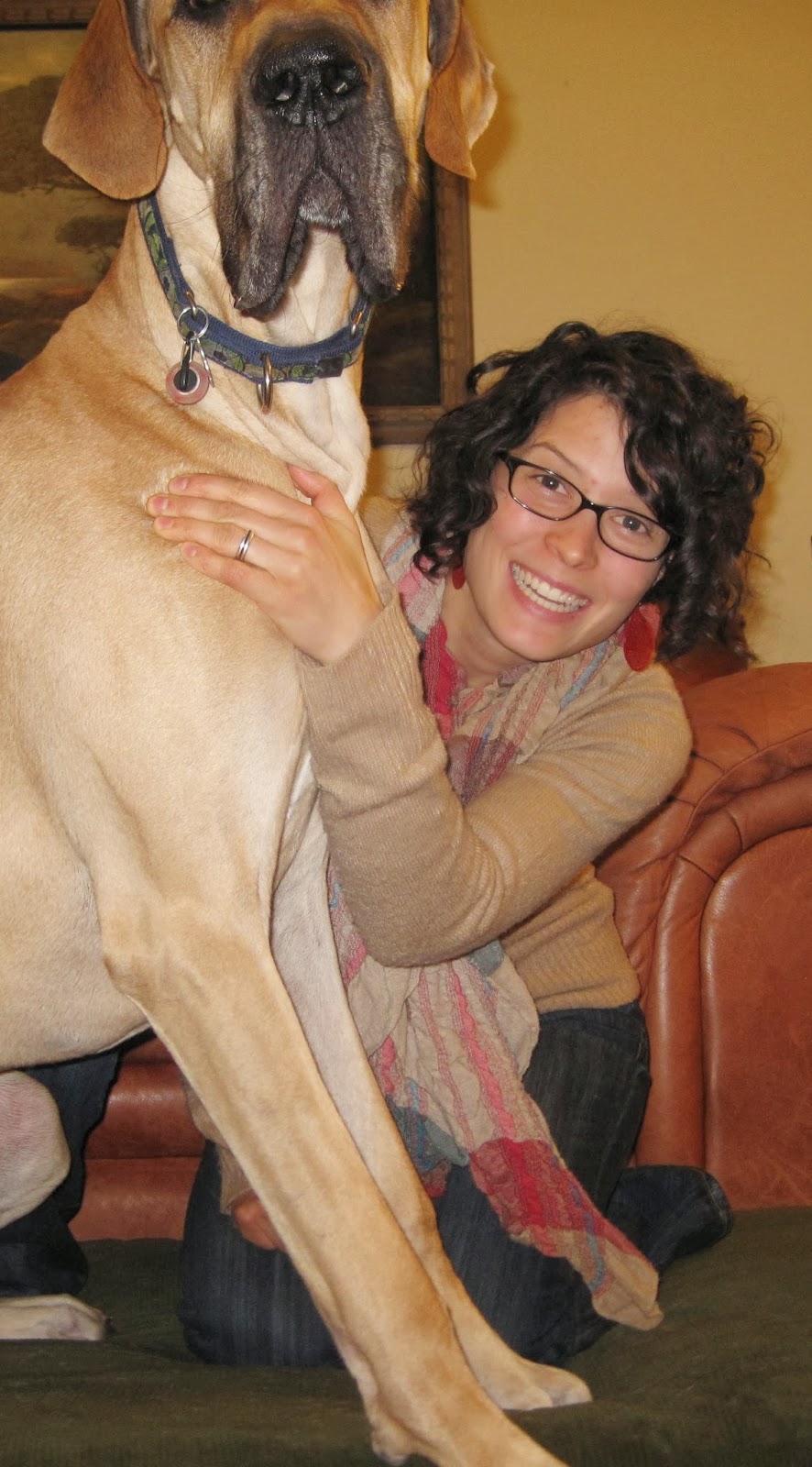 I have known Deneb for awhile now from regularly seeing her at the Oneota Food Co-Op where I cashier. I had known for a few years that she rode bikes but until I started riding myself, I had nothing to talk about.

Fast forward to a few years and I purchased a bike; however, Deneb and I didn't really start talking about biking until after our fateful Sunday. Earlier that afternoon, Deneb and her husband David had gone mountain bike riding. They had some friends in town and one of them had ridden this log located on one of the mountain bike trails. Deneb had never ridden this log before, but felt inspired to try it; “I’m going to ride the log!” she said.

While riding over the log she had stopped pedaling; an unsuccessful bunny-hop off of the log resulted in her falling to the ground and landing on her head. She was very lucky to have not sustained worse injuries. When I spoke with her, David mentioned how the sandy dirt had basically plugged all of the holes in her helmet. Yet another reason to promote wearing helmets when riding bikes!

My accident wasn’t nearly as bad; however, we both had something to talk about and shared our experiences. We talked of our chiropractic adjustments, the basis of our biffs, and our frustrations over the situations.

One thing that I greatly respect is that she didn’t feel or become intimidated about getting back on the bike. Granted, Deneb admits she doesn’t ride often, but it’s not because of her accident by any means. I did wonder how she felt emotionally and mentally after the accident. Deneb mentioned that she did have those “Oh sh*t” replays in her head for the first month or so after the accident. This was something I was able to relate to moreso after my second bike biff.

This brought up more questions on my end, as I suspected that Deneb had ridden bikes for years prior. I was told of her childhood bike, Seastar. Seastar was a Timberland which Deneb had a great fondness of riding. Deneb and her friend would pretend that their bikes were horses, and road them around anywhere and everywhere they could. They would even put the “horses” out to “pasture” while then ran around and climbed trees. Man, if only my childhood bike experiences would’ve been as fun and positive!

Fast forward to her Luther College years, she started riding the mountain bike trails in 2002-3. She went with a couple of guy friends and they rode the front of backbone and did as Deneb said “crazy stuff!”. It was motivating to ride with experienced riders, as they just went off and simply rode whatever was in front of them.  She just followed the wheel in front of her. Figuring that if they could do it she could do it too. Deneb couldn’t recall if she had borrowed a bike or rented one, for the bike she had brought to college had been stolen.

While at Luther she met David, and in time ended up finding her way to Colorado to live with him. They rode frequently in Durango and even went to Moab a few times! She mentioned that David had built her a mountain bike, and that is what she rode while they were out having adventures together.
Eventually they made their way back to Decorah, and with that, she entered the Time Trials a few times. She said “I felt I would do well” and that was one the biggest motivation for doing them.

Deneb is a very real woman, and I felt I could relate to her even more when she said “I’m not an exercise driven person.” She really enjoys doing purposeful exercise, such as walking or biking to do her shopping downtown vs. driving a car, and walking their dog, Mesa.