When Something Better Comes Along 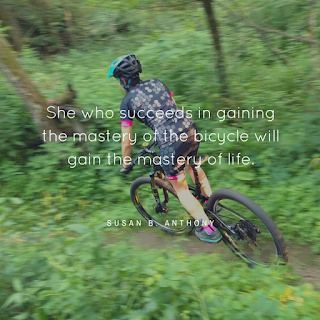 I'm sitting here bleary-eyed thinking a bit about a conversation (a short one) that Travis and I had tonight. More often than not, I'm not one to talk about anything customer related that isn't positive to the "nth" degree. Today was one of the times where I didn't fully realize the context of the conversation until later.

A husband and wife had come in and apparently she was familiar with me from when I worked at the Co-Op.

Of course, reasons for my leaving the Co-Op are several, but the largest and most insurmountable reason is the fact my body was having a difficult time coping with the job that I did. Repetitive motion stress plagued me with no end in sight.

I had regular massages to help deal with the issues, but try and try, nothing was acting as a full solution. Not knowing at the time that my body physically was a bit more "predisposed" to issues (in the shoulder area) I was feeling lost and helpless.

There came a time when I had hopes and dreams of being more involved with the bike shop- particularly with rides. I wanted to get more women involved in cycling- my dream was to have a weekly group ride. My work schedule wasn't so conducive to said ideas, being I worked more "second shift" and was never off two days in a row and my weekend freedoms were limited.

I was in a comfortable spot with my employment, but I was hungry for more. Wanting to be more active in the community and having desires that couldn't be fulfilled with cashiering, I made the extremely difficult decision to move forward to Decorah Bicycles. It was time, even tho it meant many scary changes for me- one of which meant knowing near next to nothing. Sure, I knew how to ride a bike, but I didn't know very much about bikes- thus, fear.

Of course the idea of working with your partner is going to come with many comments such as "Oh gosh, are you sure that's a good idea?" to "How's that going?" Do you not realize that those comments carry similar weight to those that are asked of couples who are together for years "When are you getting married?" to "When are you having kids?" Those are personal and something that I feel two adults can decide for themselves without public commentary about the fate of the relationship, marital status, or parental status.

The conversation with the woman today, admitting that my arm issues were the main culprit of my job switch- "Oh, you're too young to have issues like that." Said in sympathy...but at the same time I felt like I wanted to kick the workbench. I don't enjoy having an arm that decides to randomly flare up, leaving me feeling a great sense of helplessness as I drop things. I hate when my shoulder aches on a daily basis, making me feel frustration at my body for doing what it does. I'm filled with aggravation when I realize one bike too late that I've tightened down too many bolts and I'm dealing with a hand that aches for days after. I'm inching closer and closer to 32...I'm "young" and I "shouldn't" have issues...but I've had issues since 2009 or so. Please...don't sympathize with me by saying I'm "too young" for something. I could be far worse off than I am and I know what I experience is minute compared to what other individuals out there may be dealing with. It's an inconvenience, yes- but I've learned all too well you are never "too young" for something.

Then there is the comment pertaining to the title above...an insinuation that this job...of me working at the bike shop, is "fine for now" until "something better comes along."
What do you mean? Are you indicating that I've taken a step down from the social ladder because I'm not a cashier at an organic food store, but now a store manager at a bike shop? Am I belittling myself by assembling bicycles and doing the same exact thing as I did when I was at the Co-Op? Cashiering?

I'm sorry, but working at a bike shop is not belittling myself in any way shape or form. Sure, I may not know what I'm doing sometimes and I get riddled with anxiety over how hopeless of a cause I feel by not being a natural at mechanics or simply being overwhelmed by the knowledge I have yet to attain. That doesn't stop me. Reality? I'm just getting started.

Do I know what my so-called dream job would be? No. Frankly, I don't want to sit on my ass and wonder what I'm "supposed to be" when I "grow up." If I did so, I would be a giant anxiety attack and never accomplish anything. Overall, what I want is to follow my passion- that passion is believing in the healing power of riding bikes. Working at Decorah Bicycles is the most responsible way I can follow my passion.

Helping people find their own #bikelife and being able to write when I want. Connecting with women to interview and having some flexibility of doing adventurous things like attending my first women's weekend or attending events out of town, and leading group rides.

Each day at the shop is different and it's like when I worked at a salon. There are the days where you have the same ol' same ol' haircuts that walk in. It's simple and instinctual. Then there are the days where someone comes in and wants a transformation- you savor those days with relish because you know someone has made a difference in their life.

I don't sit around with my morning coffee and wonder about "when will something better come along..." Hell no. I'm there...I'm here...in this ever-evolving, changing world of the bicycle industry and small town business living. I grew up on a small farm in the country where I learned the value of hard work and strong work ethic. Over the years I've learned to appreciate the things I have...I've gained a better hold on my health and well being. I've found a community of women I admire who are near and far, who are local and who are not. I've found and gained confidence that I didn't know I had. I've challenged myself with a job that I may not always be good at, but one I am passionate about because I have experienced first hand what two wheels can do for someone. 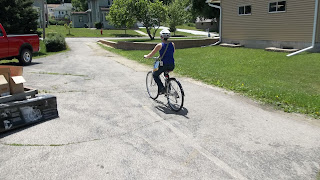 My job at Decorah Bicycles isn't one I take lightly and it's not something I consider as my "in-between careers" because frankly...my career is being me. Being me is riding my bike, sharing the stories of women who ride, and helping women feel more confident riding off-road. That is my career...whether it gets me far or not isn't important, but the fact I enjoy doing it is. It's a challenge, it encourages me to step outside my comfort zone, and it inspires me.

My something better came along just over 4 years ago; I just had to buy a bicycle to find it.
Labels: bike life deocrah bicycles personal women bike