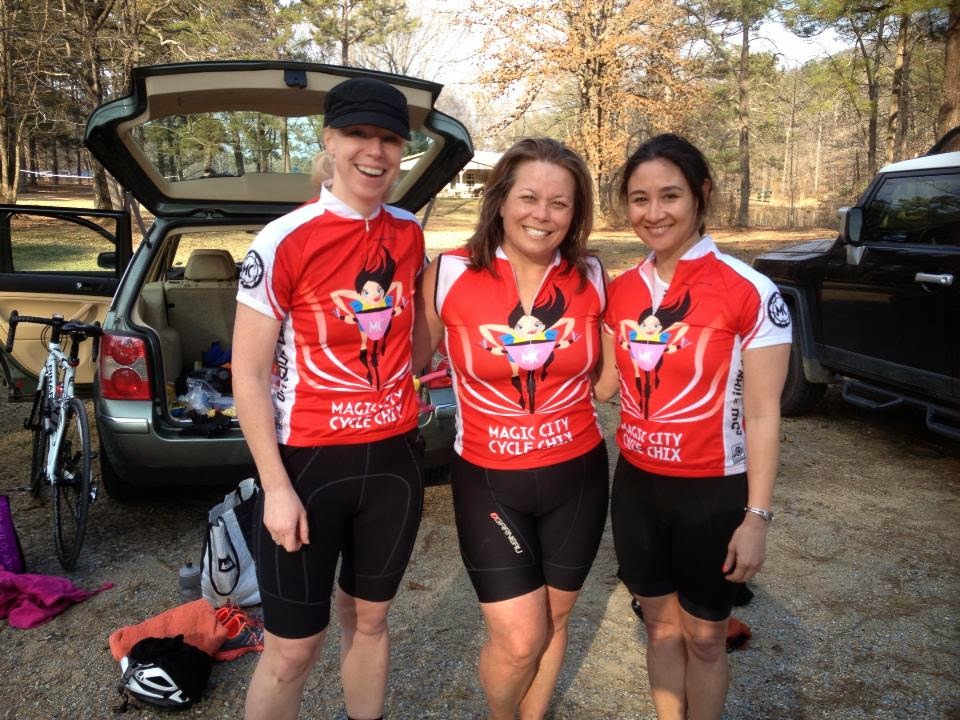 I am a Dutch native who was transplanted to the U.S. in 2002 to be a post-doc at the University of Alabama in Birmingham, with the intent to return to Europe after a year or two. Little did I know that Birmingham is a great place to live and UAB a great place to work, so here I still am, more than 12 years later! I am currently the Associate Director for the Alabama Drug Discovery Alliance—a collaboration between UAB and Southern Research (a not-for-profit research institute, also in Birmingham), in which we try to develop new therapies for diseases such as cancer, diabetes and Parkinson’s Disease.

When not working, I can usually be found on my bike; I have raced on the road in the past but am mostly doing MTB endurance races these days, and although I have taken this particular season off, I have done many cyclocross races in the past and plan to do so in the future. I am also heavily involved with Magic City Cycle Chix (MC3)—a Birmingham-based women’s cycling organization founded by my good friend Kim Cross. MC3’s motto is “Building courage, confidence, and community…two wheels at a time.”

You are involved with Magic City Cycle Chix- tell us about MC3 and how you are involved!
MC3 is a Birmingham-based women’s cycling organization, started by Kim Cross as a Facebook group back in 2011 as a way to connect with other women and find people to ride with. It quickly exploded to nearly 900 women in the group, and this year we applied officially for non-profit status.

I am currently the treasurer, but also help with organizing events such as women-only or co-ed mountain bike skills clinics, road rides, road racing clinics as well as “Wine Wenches and Wrenches,” in which we have an event at a local bike shop where we learn something useful while sharing appetizers and something to drink.

It has really built the women’s riding community in Birmingham by providing a safe place to ask questions like, “Should I wear underwear under my bike shorts?” or “What is a good chamois cream?” or “How do you keep your hydration pack from getting moldy?” It also created a network of like-minded gals that you can tap into if you want a riding buddy.

What have you enjoyed most about being involved with MC3? Why should people consider joining?
I can tell MC3 is really making a difference in encouraging people to ride and get involved, and it’s always a great feeling when you can do something that touches people’s lives! If you’re in the Alabama area I would encourage you to join the Facebook group (we screen prospective members to make sure they are female and seem like real people, not fake profiles) as a way to connect with other women and learn about events going on in the Birmingham and greater Alabama area.

We also introduced a paid membership this year, which is only $25 for a full year, which gives you discounts at local bike shops, and free access to some of our skills clinics and other events. The money helps us to offset the costs of putting on the clinics and organizing fun events, and the costs associated with being a non-profit organization. 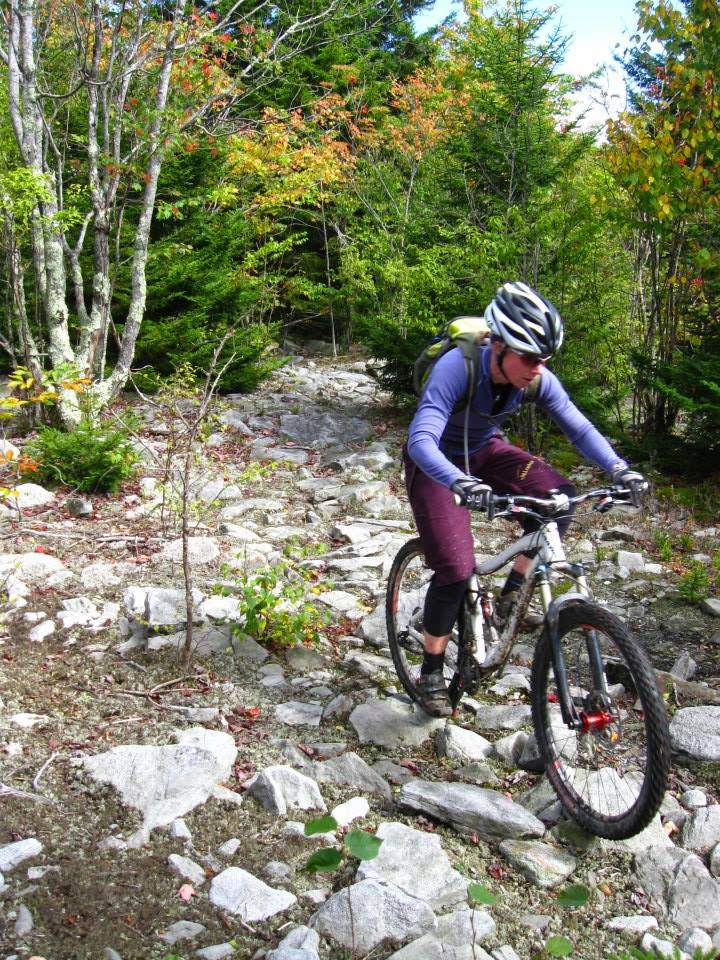 What inspired you to become an IMBA-ICP Level II instructor?
I love to teach, and have been caught in the past teaching my competition in cyclocross races skills to for example navigate a mud pit, while the race is going on. Maybe not the smartest racing strategy J, but I get so much more satisfaction of helping other people get better than winning a race. The latter is a good feeling too, and don’t get me wrong, I like it, but it’s much more fleeting than the much longer lasting positive emotion of seeing something “click” in somebody’s head, making them a better cyclist.

When Kim raised funds to get Shaums March to Birmingham to get a team of us certified, I jumped on the opportunity to get formal instructions in how to teach mountain bike skills, and it had the added benefit of raising my own skill level through the roof.

What have you enjoyed most about being able to help other women hone their mountain bike skills?
It’s a great feeling to see the confidence of students rise through instruction, and the happy giggles and squeals of delight that happen when somebody learns a new skill, like how to lift their front wheel of the ground in a controlled fashion.

During a more advanced clinic last May, we had Lindsey Voreis come to Birmingham to help teach us how to navigate a particularly tricky downhill rock section called Blood Rock, and I actually started crying when several women made it down Blood Rock safely and in control. It was such a powerful moment! I’m not someone who cries quickly, so it was really surprising and awesome to feel that level of emotion for seeing someone clear something they’d never done in their life.

At the end of the clinic, Lindsey coached Kim and myself down Blood Rock (both of us had been so intimidated by it for years), and I think everybody was bawling by the time we made it down. Happy tears, for sure!
What do you feel deters women from getting involved with cycling?
Probably a (perceived) lack of riding partners of a similar fitness and skill level, perhaps a fear of your bike breaking down and leaving you stuck on the side of a road or in the woods. For mountain biking, there may be a sense of it being too difficult. With MC3 we are trying to address all these things.

I also think that many women don’t see too many other women riding, and they may not want to be perceived as “weird” or less feminine when they ride. I cannot really speak to the latter much, because in the Netherlands everybody rides, so it’s less of a male/female thing, but I’ve noticed some of my friends and colleagues here in the South express the opinion that you have to be “tough” to ride, which sometimes gets equated with “masculine.”

What do you feel could happen to make changes and/or encourage more women to ride?
Having more visibility of women riding will help, and creating more communities such as MC3 will overcome some of the barriers by providing a platform to find other women to ride with, learning skills, and technical maintenance tasks such as changing a flat or converting your bike to a single speed when your derailleur breaks. 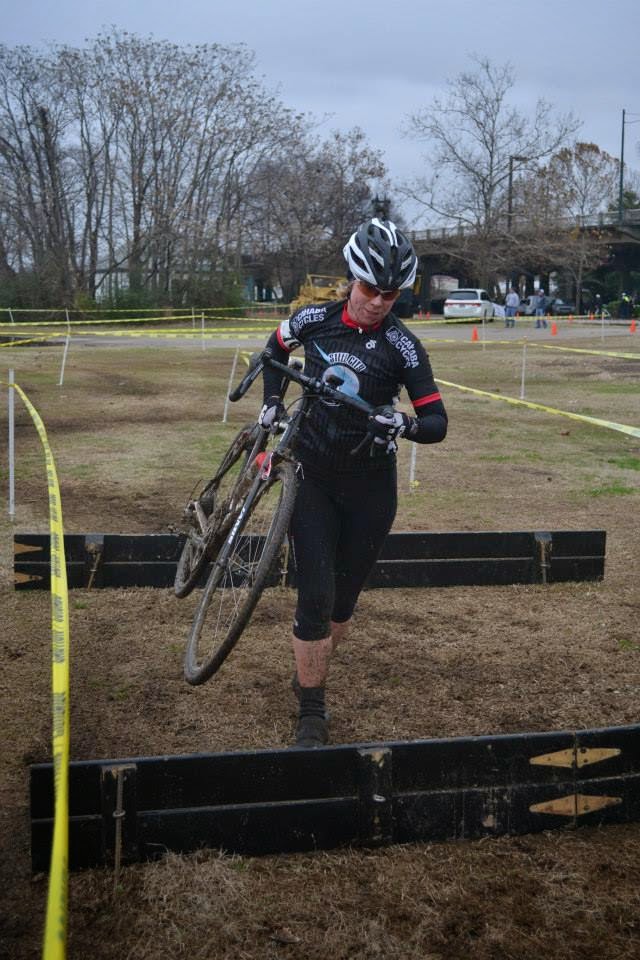 What inspires you to encourage women to ride?
I have so much fun on my bike, that I would love for other people to experience the same joy. So many people work out just because of health reasons, but then it becomes a chore, instead of something that you enjoy. I wish everyone would find something active that they enjoy so that they experience happiness while doing it and can enjoy the benefit of a strong and healthy body as a result.


Tell us a random fact about yourself!
I am really wary of big mascots that you see at sporting events; I’d be mortified if I’d be chased and/or hugged by one! I usually try to avoid eye contact and ignore them…:::shudder:::
Labels: interview