Adventures of the First Lady- Trials 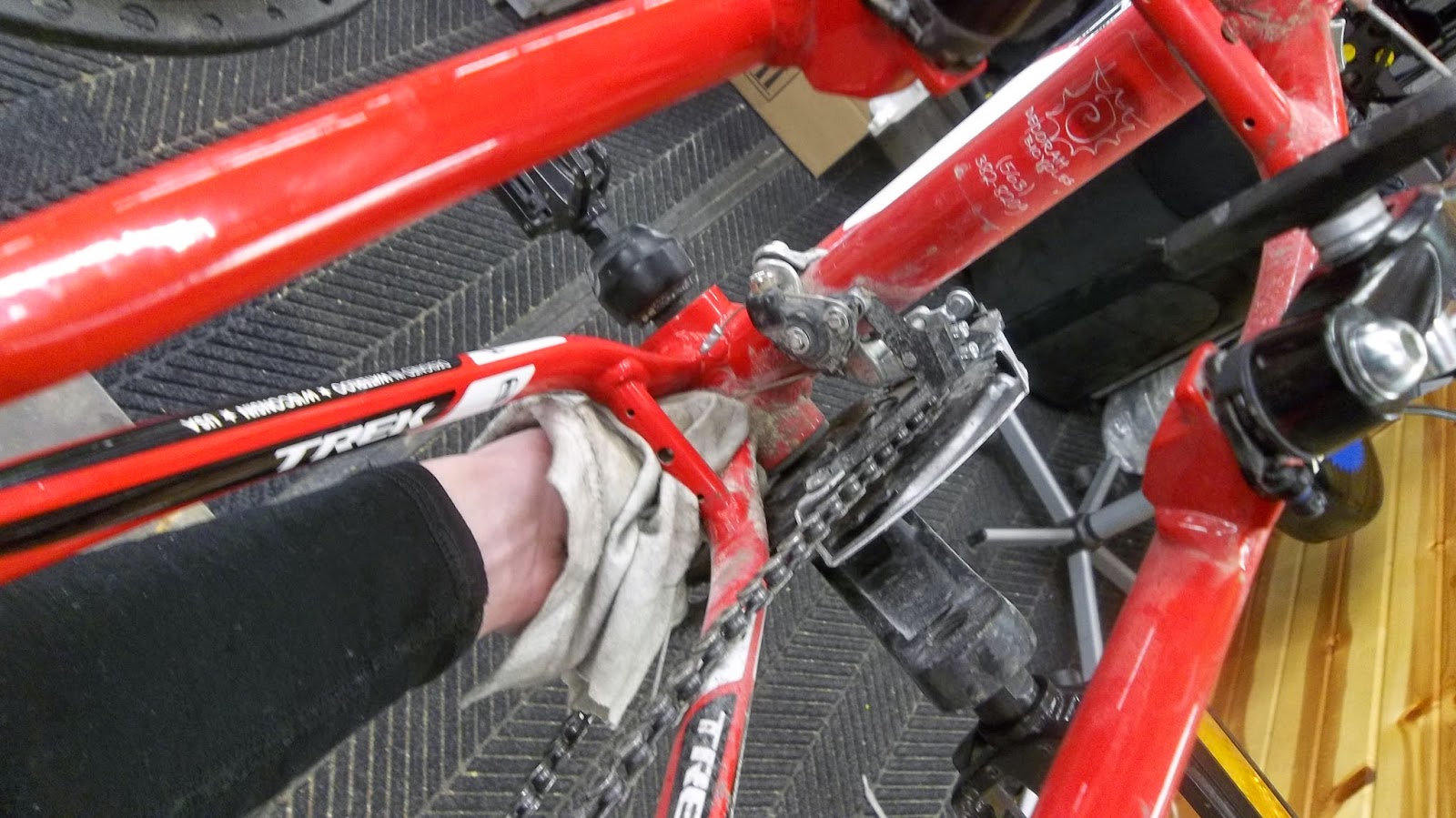 I'm feeling a bit tired, emotional for reasons that we could say are biological, and the residual feeling of being overwhelmed.

At this point in time I find myself in continual pep-talk mode laced with "What the heck are you thinking?"

I can say for updated progress, I am confident with skate rental set-up.

I can't say I'm in love with ski rental. I tried to adjust the wrist strap for a kiddo and popped the top off the pole. I He-Man'ed another pole from a set. What the heck! What is with me and not being able to gently coax the top up on a ski pole to adjust the strap length?

Sizing skis is also a "best guess." You raise your hand up high, ski should meet the wrist, however- it's technically weight based- go longer if someone is heavier and shorter if someone is lighter. Plus, ski boots are in Euro sizing.
Oy. All I can say is that.

My big project of the morning hours was to take a list of closeout bikes, find their images online, and save them. (Later in the evening this would result in me making many days worth of posts- each day featuring a new closeout bike.)

Afternoon hours was my gathering returned skates, assisting with more skate rentals, and trying my hand at cleaning a bike that had been brought in for the shop to re-sell. It was quite dirty, and this would be a test to see if I could clean a used bike to Travis' standards. Learning how to polish the bike up with Bike Lust and when/where to use Goo Gone. (Overall I did good job and Travis showed me on Wednesday some other areas to clean better.)

There is such a process to cleaning a bike, and at this point I'm slow, but I know with time I'll develop my own process and that will help.

I practiced sharpening a skate, which I'm not very fluid at and felt really worried about.
Later in the evening I started unpacking a bike, continually forgetting that ergonomics are important and yet again being told to not bend over and cut off packing ties.
I moved a hot iron over wax on a ski, for one pass- the worry of destroying something was high.

There is a lot right now that is making me revert to some negative personality habits. Fact of the matter is that I'm not the first person to ever change jobs. Personally, I hold so much weight on being able to do something successfully that I ultimately make myself feel like a failure when I'm working on something new.
Thus far every few days I seem to ride a wave of an "I'm going to be a baddass" to a low of "I just don't know ANYTHING at all." 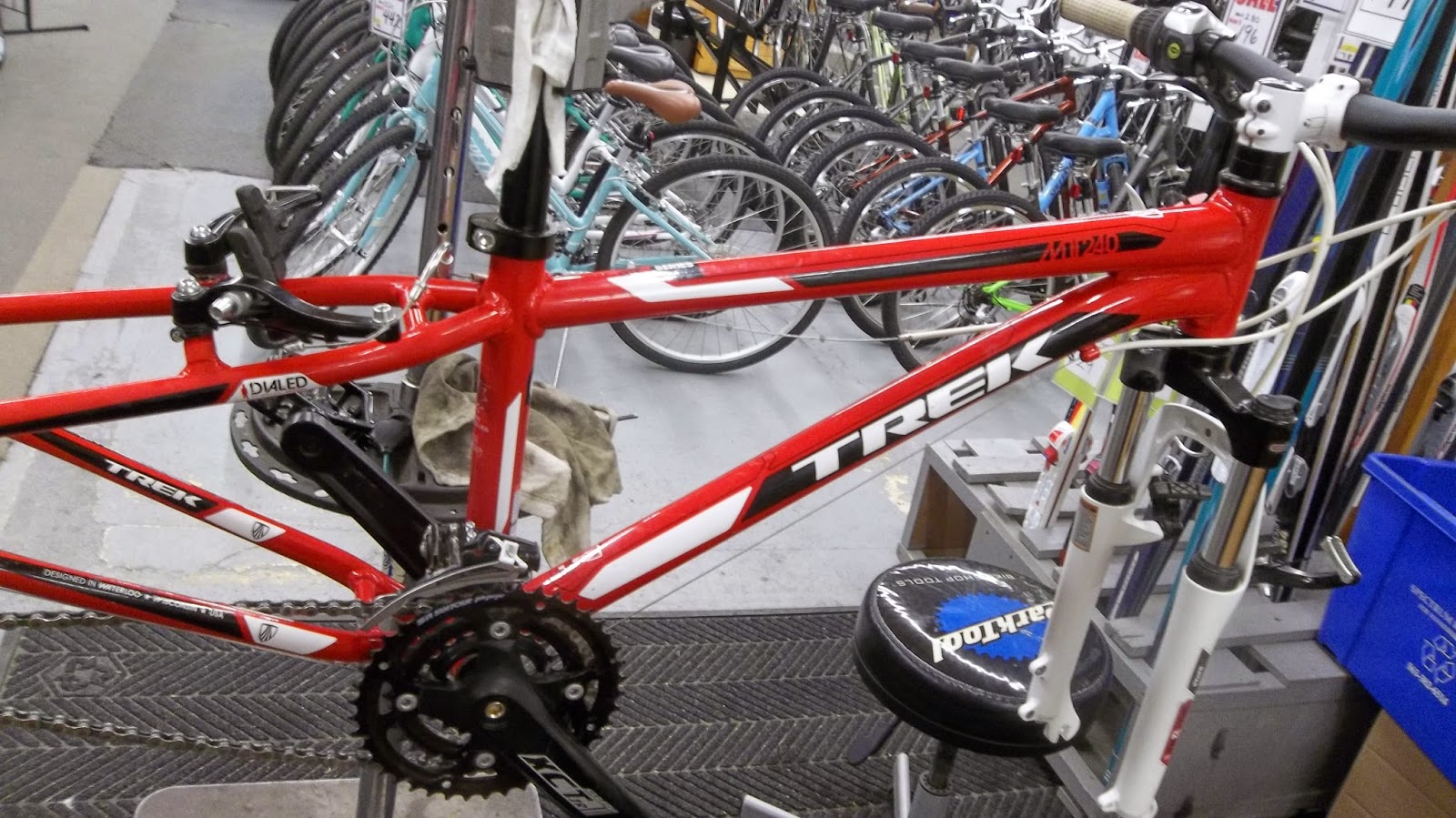 I'm still the "First Lady" regardless of what I know or not. And my thought is that the "First Lady" takes the challenge as it comes, doesn't think any less of herself, and keeps a positive attitude.

Kinda easier said than done, but I've got to keep remaining open. Not let my feeling overwhelmed take over entirely. Accepting the feeling is there but not let it consume me. Each day offers new knowledge- eventually I won't second-guess myself so dang much.