Life Is a Journey, Not a Destination. 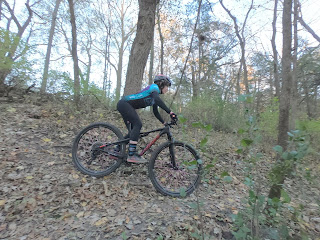 Much has happened since my last "real life" update, and every time I started to compile a post I would become distracted by other stuff.

Soon, it felt as tho what I had written might not hold as much merit, simply because time passed and the rawness of that moment faded.

September was a month that was riddled with stress due to the on-site auction we had to prep for. I'm grateful for family members who were able to help. I think that's been the most humbling part of this experience- accepting it was way more than what I could legitimately deal with on my own.

Auction day was chilly, but thankfully the rain held off- not that it wasn't a bit of a soggy mess down at the bottom. All in all, over 200 people had attended the auction- which made it successful in my mind. It was a touch overwhelming for me when it came to selling the vehicles and Kubotas. These were items I knew my dad really enjoyed or had great pride in.

After it was all done and folks were loading up their purchases, I made my way to the woods to cry for a little bit. I was cold and sad. I was relieved. I just really needed a hug. The closest thing was leaning against the remains of my dad's favorite tree.

The journey of sorting through my dad's items also brought a smile back to a grade school music teacher of mine. I found a small tomahawk head with a leather case, it had his name on it and some numbers. I thought "How many people could have the same name?" I messaged a friend, asking him to show an image of what I found to his dad, to see if it might be his. It was!

He was reunited with the tomahawk head and has since given it a beautiful wooden handle. I've had two gifts from this man since. A coin and a book.

It was interesting to interact with my former teacher and see him in a different light than what he shed while I was in school. I felt comfort while he visited. The message that the coin and book also had given me solace.
......
It's been a winding road, getting everything buttoned up.
There is one final auction - the gun auction...and after that is over with then I think most everything other than the sale of the property is done.
The septic is getting replaced, but the ironic part is it had to get re-pumped because it was full of water.
Next is furnace/winterizing.

I signed up for a grief course that gives you writing prompts, and I felt like a failure because I ended up spending the last few weeks of the course not writing. I couldn't. My mind was consumed by the work and worry of auction prep. I felt scattered. Disinterested. I started to feel frustrated because I wanted to talk, but at the same time, the sadness that surrounded everyone else was strong.
I think I felt at that point the only grief I could truly deal with was my own. I also felt like I needed to shelter my heart. I feel tender. Vulnerable. I experienced a tragic event. I never got to have one last visit. One last "I love you." One last "Good bye."
You have to accept that the last few weeks/month, while he was alive, was what it was. Hindsight is 20/20. I needed time. Time to process. The writings for the course could be done at any time.
......
I've gotten to the point where I'm feeling less awkward simply living life. What I mean by that is, after word got out over how my dad died, it was difficult to proceed about the day without feeling as tho people looked at you like the girl who lost her dad because of a tree. 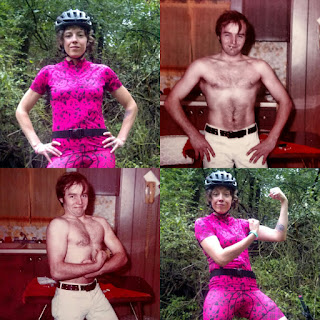 I feel anxious any time I see someone wearing a Stanley shirt. If they knew my dad or knew of the situation. When they see my face, do they see a resemblance of my dad? Same day as writing this post, someone who would occasionally have lunch with my dad at work stopped at the bike shop. He gave his condolences.

You feel like "It's been 5 months...hasn't everyone said them by now?" and then you have chance encounters of folks who knew him.

Me. Staring in the mirror and wondering if I resemble him at all.
I am my father's daughter.

Don't get me wrong. I appreciate the thought and gesture. However, each time it's like someone is picking up the edge of a newly formed scab. It stings.
......
The most comforting conversation was with someone who lost her dad. Her honest and candid email to me, thanking me for sharing my story. Also telling me it gets better, but it will always hurt some.

I think that is the thing that I'm wrapping my head around. I'm working to be gentle with myself. My heart. My poor heart that feels like a chunk was ripped out of it. It's okay to say "You know what? It's not actually alright. It's not okay. It sucks. It just plain sucks. It's going to suck from here on out. I'm going to be sad for a long while. I'm getting better at coping. It doesn't mean that I'm healed."

Frankly. I don't want to be "healed."
To me...healed means that I've forgotten.
......
Our first wedding anniversary came and went. Of all things, it snowed that day.
I had some serious reflection- and I will be the first to admit it's been a rough year.
No, marriage-wise, we were never "in trouble." I think, tho, for as long as we've been together we haven't had such a tough time in life. By tough...I'm talking about dealing with me.
My sadness.
My loneliness.
My anger.

The whirlwind of emotional crap has been strong. I went back and forth over-relying on Travis and trying to relieve him of what I felt was a burden and rely on myself.

I never saw getting married as some sort of "cure all" when it comes to life. However, we had a solid awakening on what it meant to be partners. Having to be open to the unknown. Having to try and understand when we didn't know what we were trying to understand in the first place.

All I can say is I'm grateful for his partnership. His friendship. His love.
I'm starting to smile more, and I think he sees that.
......
This year I've learned how to say "no."
I've learned to be a better advocate of self-care.
I had to accept that my path in life would look a little different.
Grow.
Believe.
......
I've done so much this year. 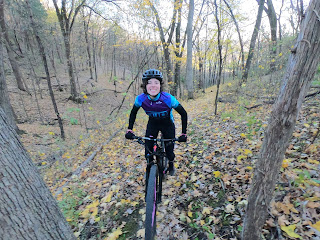 Stuff that you typically don't think of in day-to-day life.
Then responsibility falls in your lap, like a newborn.
You have an idea of what to do. Somewhat. But not everything.
You aren't really given lessons. You learn as you go.
You hope you're doing it right.
Stress.
Anxiety.
Satisfaction over figuring stuff out.
Perseverance.
......
I'm ready for next year.
For more smiles.
More bike rides.
More smiles.
A stronger me.
Labels: bikelife grief growth