I Never Knew Anybody Until I Knew You. 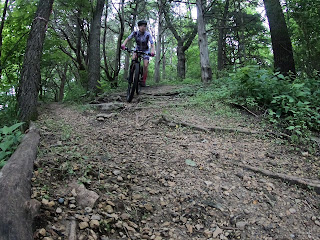 Transitioning through grief, the ebb and flow of emotions- it's a tricky dance of common sense mixed with the understanding that you'll have to forego all hope of consistency.

A few weeks ago, I became angry. Not just angry, but literally a blind-rage type angry that I can say I've experienced only a couple times in life.

The one most visible was when I got so pissed that my step-brother had stolen a favorite CD of mine. I kicked the paneling next to the stairs that lead up to my bedroom and cracked it. My CD showed up shortly after.

This time, my blind rage broke my favorite bike helmet. I stood up and slammed it down as hard as I could- all while crying my eyes out. It took a solid 10 minutes before I could compose myself enough to bike home. After I got home, the emotional wave came crashing down on me yet again- resulting in my crying while seeing my reflection in the mirror...all because I looked so puffy in the nose and eyes. I was crying because I looked (in my mind) pathetic.

I listened to the voicemail my dad left me. Weeping into a pillow and trying to blow snot out of my super-clogged nose. Why Dad? WHY?!

I never expected anger to become part of the grieving process, an emotion that I really do not have time for. It's too exhausting for me to be angry, and too often people have told me I "shouldn't" be angry...so I've lived life feeling as tho expressing anger was always bad or wrong. I mean, really? Travis wasn't happy I took my aggression out on my bike helmet. I looked at my helmet with an apathetic sort of "Well, your time was coming up anyway." I chose to use it as an opportunity to find a new favorite helmet, especially since that helmet style from Specialized no longer exists anymore.

In reality, I didn't give a f*ck if anyone thought my temper tantrum was "wrong." In reality, I think it's the first time I accepted that anger is a thing that happens, and in a situation like this- the sudden and tragic loss of a parent...well, I have no f*cks to give. It is awkward to lay down the law and tell people to reduce their expectations of what we (as shop owners) may be capable of this season due to a sudden loss and the process of tying up loose ends.

The hardest has been to actually ask of Travis, to help- also, it's hard for me to ask for help from friends. I just am not a person who has felt it's okay to do so. Mentally, I have a difficult time wrapping my head around it being something that folks even expect. It's challenging as a small-business owner, to ask your partner to set aside his wrenches so you can get stuff down out of town. It strains me each time. Each ask stresses me out because I know customers are waiting- but they may not have an idea as to what is on my plate. Stuff has to get done somehow. It's a balance of asking, giving, and accepting.

Slowly and surely, pieces are falling into place. A group of friends and family started the trash-throwing process in my dad's barn. When we arrived with beverages and pizza, it was a small shock to my system to see...so much...stuff. Ugh. Back to this ol' crap heap again. There were piles of items to save, a big pile to burn, and still stuff in the barn yet.

A barn filled with years of mouse, raccoon, and bat sh*t. Not to mention dust.

I had gone up to the house to show something to a couple of my friends and saw this cooler that had an envelope that stated "Property of Stephen Smith and Josie Smith"
"What is this?"
I opened it up to see hunting prints, but what caught my eye was a stiff paperboard. All I read was "Dear Josie" and I started to bawl. It was Father's Day. I had thought to myself "Damnit, why couldn't Dad have ever written me a letter or something." Apparently, he had, roughly around the time he and my mom separated or divorced. "In case I'm not around when you are old enough to understand..."

I had the same violent tears that had plagued me the night that I broke my helmet. Barrett told my friends to go grab Travis. Travis held me in his arms until I could compose myself enough to read this letter from my dad. "Why, Dad, did you not tell me this so long ago?" There were plenty of opportunities to tell me what he had written. In person. It would've saved me from questioning his love for me for SO MANY YEARS.

It is what it is.

I found some Polaroid photographs too. I laughed out loud to see my dad in his young adult years, acting goofy. I looked at them, trying to decipher if there is anything about me that resembles him. 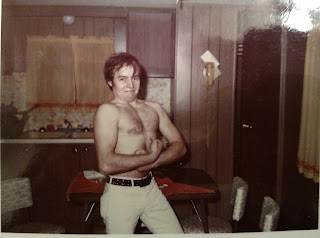 A few days later, I started to feel the regret of my not keeping every birthday card and Christmas card my dad made. I swore up and down that I had kept my last birthday card and Christmas card, but I made the decision to obsessively look for them right before supper. My failed search had my anxiety levels rising while shoving food in my face. After supper, I went back to searching and found my birthday card he had commissioned a cousin's boyfriend to draw up for me.
"Love, Dad!" ...Yes. That's what I needed to see.

The Christmas card was not found. I suspected I kept it in with the Christmas decorations, but my quick search resulted in nothing. The next day I delved deeper, actually getting into the tote and scrounging through ornaments. A small, white rectangle appeared.

Merry Christmas
Happy New Year
Decorated with a snowman and some trees, drawn in his sketch-style.

I cried. I tucked it away so I could have something to look forward to again for Christmas.
At this point- I'm not really looking forward to the holidays and right now, my thought is to just be anti-social. It's too much to think about. Celebrating with other family members while I'm not ready to.

Progress on "adulting" has occurred and I'm finding that it's looking more and more manageable. Stuff is happening.
Life continues. 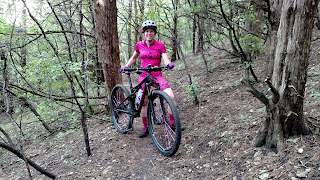 Someone told me, it doesn't take strength to get through the process...it's endurance.
I never feel very "strong" but I feel I can endure a lot. That's definitely it. My endurance for dealing with and handling life will be stronger than before, for sure.

I keep finding out more about my dad, getting a bigger glimpse into his life and personality.
Hindsight is 20/20 and I'm having a hard time not beating myself up over things.
Time...the one thing I know is that it will take time.
Labels: bikelife fearless women of dirt growth personal