As we enter into the new year, I typically go into a self-reflection mode. I look back on the previous year, the successes, and challenges while thinking about what my newfound and continuing goals are.

In truth, I wasn't planning to write a post about the 2017 season as I felt like I would be tooting my own horn. Yet, 2017 wasn't riddled with absolute success, there were struggles and challenges for sure.

In reality, 2017 was very likely a turning point in my efforts to create a rich, diverse, and inspiring women's biking community locally (and beyond.)

Friends and family who have known me for years have likely seen me in a different light for part of my life. In full honesty, I think it's simply because I was too afraid to come into my own. I was afraid of failure, so I was afraid to try. Because of this fear, I would procrastinate and sometimes, likely not put forth full effort because of having to live up to "expectations."

I remember a creative writing assignment I had in High School, and the very first paper I did very well. The teacher had written on the paper that he had high expectations I would live up to the "A" and basically "earn it" the rest of the year. I'm pretty sure that was the only "A" grade I got. It wasn't for lack of trying, but I remember that teacher putting into my head that I would never be considered a "great writer" because I couldn't earn that damn "A" from then on.

I'm not entirely sure what switch got flipped in my brain, but a few years ago I bought a bicycle and found that I could prove myself wrong. What a concept!

After being introduced to mountain biking, I had to fight my ingrained reactions of flight mode. I was afraid. I was being challenged. I was outside my comfort zone. Why did anyone think this was a good idea!? It was probably the first few successes of conquering parts of a trail that had me thinking "Ok, you can do this. Prove yourself wrong."

So I set out to do so.
It wasn't without anger, fear, or tears. I can assure you there were whoops, joy, and happy tears, too. 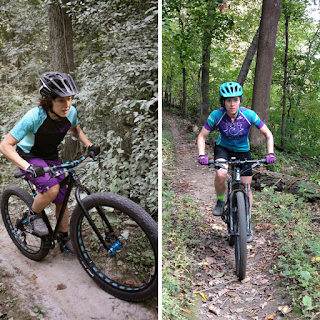 Then we have Josie's Bike Life, formally Life on Two Wheels. Originally a blog that was started to be a safe space for me to talk about my challenges with biking. Eventually, it turned into a source of inspiration for women riders everywhere. I went into the interview concept with low expectations, and then found myself swimming in emails to turn into blog posts! The past few years of creating these awesome interviews have been very rewarding, and I will say again- I have no idea how long I can keep it going. It's harder to connect with more women, and people have to say "yes" and actually commit to answering questions. So far, 2018 is starting off strong, but I keep myself open to the concept that it may turn into a once-a-month posting vs. weekly.

It's also become a platform for my own growth in riding. I want people to see the person on the bike as a human being with feelings and concerns. I didn't start out fearless, and there are times where I still have fear (especially riding somewhere new!) but I want people to see how a person who has concern can work thru the "fight or flight" if they simply give themselves the opportunity to try. Try, try, and try again. 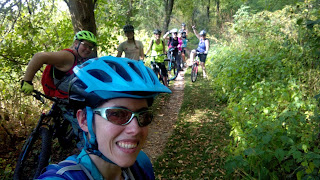 Fearless Women of Dirt was created in 2015 with a group of my girlfriends, and my hope was to create a literal world-wide movement. Basically, a "club" of sorts for anyone to join, anywhere. It's not an original idea because there are groups like that already- but I felt compelled to create something that could (at the very least) be recognized in the tri-state area. I dream big, and when you dream big- there are big fears that go along with.

I've had to quiet the voice of doubt not only from myself but from others too. Simply by being bullheaded and believing in my goal and purpose. My purpose is to help more women discover what they can do on a bike. I was the ultimate warrior in the game of "I can't!" and I had to use a lot of self-motivation to knock that "Can't" to the ground. It's a struggle because I still battle the thoughts of "What the heck do I think I'm doing?" but what I'm doing is creating something. I'm creating a movement. I'm making a ripple in the cycling industry.

I started with absolutely NOTHING.
I ended the year with having had a great run of Sunday FWD Rides, several FWD Women's Nights, two FWD Mother/Daughter rides, and a whole lot of inspiration to keep on keeping on.
For 2018 I will have 7 awesome women representing as ambassadors for Fearless Women of Dirt:
Kenzie, Kim, Amy, Kristin B, Kristin, Melody, and Beth.

Fearless Women of Dirt, the community, is growing. Slowly but surely I believe that more women in Decorah will accept what I'm doing as part of something greater than simply trying to get more women on our trails. I also hope to engage the youth to become a part of FWD, to ultimately create the next generation of badass women riders. 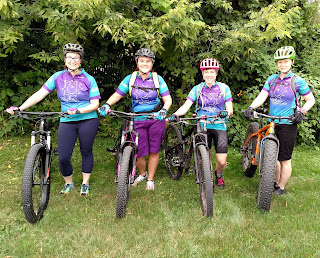 At some point in my life, I grew up. In doing so, I decided that I should be able to accomplish anything I put my mind to, even if it seems impossible. It's not easy starting from square one and becoming a somewhat proficient mountain biker when you didn't have basic handling skills down.
Creating a blog and readership takes a lot of time, dedication, and effort. There are frustrating times when I'm dealing with writer's block and not able to type out more than a paragraph. There are times when I fear I'll not be able to connect with awesome women, willing and able to do an interview via email. In the end, it all works out.

Lastly, Fearless Women of Dirt. An idea brought forth by inspiration; my wanting to create a women's ride community locally. Something that hasn't been done before, and an idea that has taken a couple years to really take off. It's slow going, and at times I could've easily thrown a flag in- but I believe in Fearless Women of Dirt. I believe it can grow, it can expand into other communities, and it can become a recognized name. 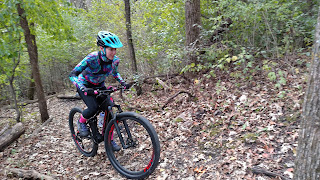 All of this has happened because I had a hope, and with that, I created a goal. In order to make a dream become reality, you have to put forth a lot of time, effort, and commitment. You can't quit when the going gets tough. You can't become afraid of failure, nor can you fear success.

I chose the path less traveled, I picked the hard line, and I'm ready to see what else I can accomplish.
Labels: bikelife fearless women of dirt inspire involved