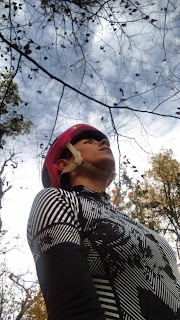 Growing up, I had an idyllic picture painted of how my future would go. I wanted to get married and have my first kid before I was 31 years old. Ideally, I had the idea I should have 3 kids and they should all be born before I was 31 or 33 at most. I would live in a house, have some sort of job I loved, or be a stay-at-home mom. I would have a happy life where there would be few squabbles and I would feel safe, secure, and content.

Real-life slapped me in the face. I married young and would strive to be the best wife I possibly could be. I didn't know what I was doing, but having a job, making supper, doing the dishes and laundry...you know...being a domestic goddess.

It was a humble existence where I felt overall content, but I had nothing else to base it off of. It was lonely a lot of the time, as my then-husband worked on the road several days at a time. I would say my goodbyes on Monday morning and not see him again until Friday evening.

That was life.
I was living solo about 90% of the time and I had a roommate the rest of the time.
I worked during the week and made time for simple chores of laundry, dishes, cleaning, and supper-making.
Life was a ritual.
I was numb inside.

Same circles of disagreements would occur.
Soon weekends together were taken away by alcohol.
I was lost.
I was afraid.
What was I going to do?

I bought a bicycle.
I was afraid to ride a bike to work, but I wanted to give it a try.
I think I was trying to reclaim some sort of sense of self along with wanting to prove to myself that I could do anything I set my mind to.
I was tired of fear.
I was exhausted of the unknown.
I wanted to find myself.
I wanted to be free.

My first ride to work on my bike was petrifying and I walked about 80% of the way. It got better from there. Soon I found myself riding the paved trail for my morning exercise, and what originally gave me fear started to give me strength. 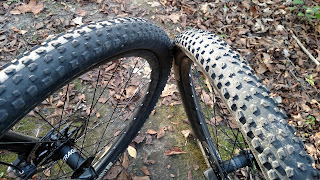 Along the way, I met someone, and I didn't expect things to happen the way they did- but it did.
I had to make some life-changing choices, and one of those was to accept that my marriage was a failure and not to look at it as a bad thing, but a life lesson.

I wanted to share more, I wanted to live more, and I wanted to be more.
I couldn't allow fear to stand in my way of having a better life.
I crunched numbers.
I made sacrifices.
I cut the ties.
I'm coming up on a very special day, and one I wasn't expecting to do a second time.
You would think I wouldn't be nervous, but I am...just a little bit.
There are so many emotions tied to the event...the decision. I'm overflowing with anticipation, excitement, and a new sense of self.
With my first marriage, I was excited to change my last name. This time, I'm proud to keep my last name as my own- because it has become a part of me.
I am fearless- even tho I still have fear. I acknowledge it and I know that I have the power to change the hold it may have on me at any given time.

My picture of life changed dramatically from the musings of an 18-19 year old. No longer am I dreaming of a home with three children- well, at least human children. I was finally able to release my insecurities of not fitting a "correct" mold of a female and said "motherhood just isn't for me, and that's okay." I love the idea of influencing the next generation of mountain biking girls and women- that fulfills me. Three cats, the kitty kids, take care of the rest. I know this is the best decision for me- I (we) have a lot of living yet to do! 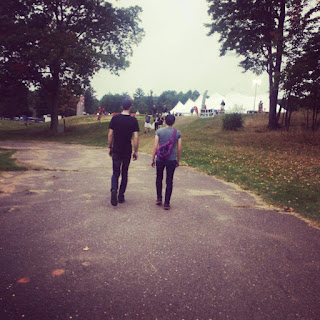 Security has been achieved, for how well a person can feel in this day and age; a job in which I can grow with and work with the cycling community. A humble home that I fell in love with, and a partner in life who I can live and ride bikes with. I have someone to go on adventures with. We push each other to be the best we can be- and that's not an easy task. Someone usually pushes back, until they realize maybe, just maybe, they should give it a try.

Life may have ups and downs.
Working with someone and living with someone on a daily may not be
the easiest thing a person can choose to do- but we made that choice- an imperfectly, perfect, choice. This time around, I have a better idea of myself and I have lived more fully than I ever lived before.
I am Josie Smith. I am Fearless.
Labels: bikelife fearless women of dirt growth inspire personal