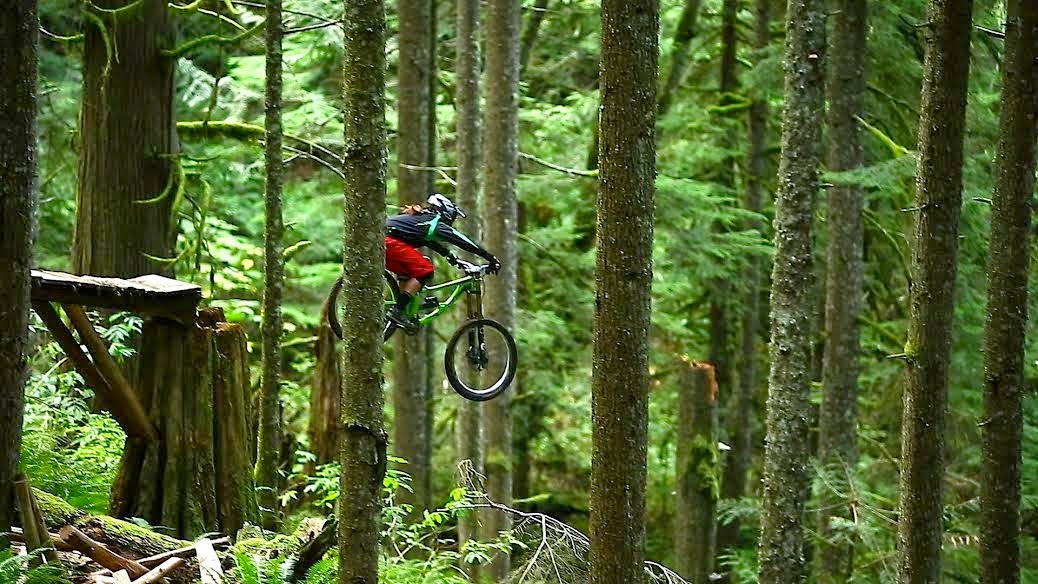 I was born in Jackson Hole Wyoming; my father was an outfitter and hunting guide who always took me to the mountains with him from a very young age.  My family later moved to Bozeman Montana and I became an avid skier, and then picked up rock climbing. I was 18 when I first bought a mountain bike and have been totally hooked ever since.

What inspired you to start racing professionally?
I moved to Bellingham, Washington and started feeling like I needed to make some new goals within my biking. I had raced in the past, mostly local races within Montana where there wasn't many other girls competing. I thought it would be fun to have more ladies to race against. It's also neat being able to come together with other women who love the same sport.

What challenges have you encountered since racing professionally?
I have never felt many challenges other than financial. I work as server in a fine dining restaurant and giving up my weekend shifts to race definitely hits the ol' bank account sometimes. It is nice though to receive a little podium pay out though from time to time.

What has been an inspirational moment for you since you started racing professionally?
Knowing that you get out what you put in, looking back at races I didn't do as well in, it was due to lack of preparation, and vice versa. It keeps me stoked to hit the gym and spend as much time on the bike as I can and I know it will pay off. When you read and watch videos of what some of the World Cup racers put into their training, this is what inspires me to do the same.

What do you feel deters women from getting involved with cycling? Especially mountain biking?
The dangers of it.  I think it is a bit much for some women to want to take part in. Signing up to do something that at some point will cost you injury to some might seems silly. I do however think it can be an awesome alternative to hiking, running or whatever else you might like to do outside. Long trail rides with your girlfriends are the best, so as I said earlier starting out slow and at your own pace is important.

A topic that has received a lot of attention: women who race not receiving equal payout. What are your thoughts on this?
I think if women say they are racing for fun, then why should the payout matter. Men contribute more money to the race series than women because there are simply more men racing. This also means it is harder for a man to win than a woman. Therefore, I don't think it's fair for the pay out to be the same. You, as a women could show up to a race, and only face one other competitor yet you still would win the same as the pro man who just raced a stacked field and won. When there are more equal amounts of men and women competing, then I think the payout should be the same.

What changes would you like to see in the in the racing industry?
More programs and teams providing the younger kids training camps, clinics and classes. I think Europe does a good job with this and it shows, look who stands on the podium more often than not at World Cups, countries that have programs for kids getting into the sport. Also, I think it would be great if more races could provide UCI points to racers.  It is hard for a lot of people to travel great distances just to get to these races, then get points all in the hopes of racing a World Cup someday.

What are your thoughts on women using their sexuality to gain attention for their riding abilities?
I think it's lame. I also think it's lame that companies choose to support the lady with the boobs out, over the one who's putting time in on her bike to actually progress the sport. In the end though, sex sells, simple as that. It's one of those unfair facts of life that we just have to get over. Stewing about it does no good. If you shred and you're a good person, good things will come to you too.

What do you feel could happen to make changes and/or encourage more women to ride?
I recently attended a Ladies Nite, hosted by the Burlington Bike Park in Washington and 75 ladies attended. So while competitions are fun and all I think this open format for ladies is more encouraging. It also brings together women of all riding abilities so we can help each other progress. 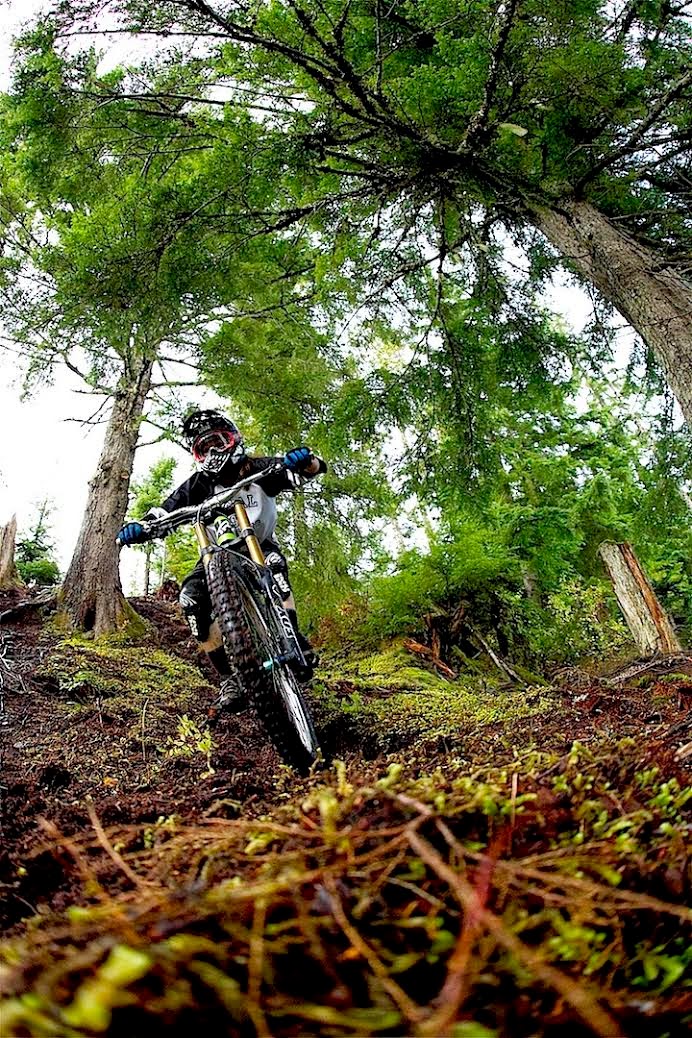 What do you feel would inspire more women to compete?
Competing is a hard one, as I feel it isn't for everyone. There have even been times in my life where I felt it wasn't for me. I think if race organizers held a free admission to ladies every once in a while for a race it may get some ladies to come and try it for their first time.

What inspires you to encourage women to ride?
That's easy, it's fun!

What makes you a good role model for young women/women?
I've always felt you should let your riding do the talking. I've had a lot of struggles and it's always my passion for biking that keeps me in the sport. I think this is why we should do anything in life, because we love it.

Tell us a random fact about yourself!
I'm double jointed in both arms, they bend backwards.