A Year of Lessons, Hope, and Change 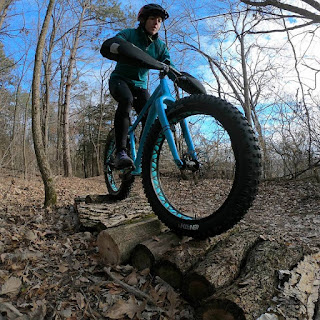 2018 is coming to a close and I feel like my soul is letting out a sigh. It's not an expression of relief more than a release of emotion. I feel it will be some time before I can say I feel relieved of what 2018 gave me.

This year changed me deeply, more than any other year to date. The loss I experienced shook me to my core, and I'm far from over it. My dad's passing shocked me on multiple levels; I was forced to grow and learn during a difficult time. When I would rather hide and avoid, I had to make my presence known.

I had to make difficult phone calls and decisions. I seemed to travel into the unknown almost daily, and that exhausted me. Mentally. Emotionally. Physically.

My dad left me everything. Every. Thing. Needless to say, there was a lot of "everything." It was completely overwhelming. He did what he could to provide for me financially, and that pained me. What should be seen as a cushion for the unexpected and a gift of financial security, felt like it crushed my heart. I saw the numbers and cried; the feeling of resentment took over for a short while. No dollar amount could soften the loss and seeing it filled me with disdain.

I had to spend a lot of time down at his place, which made me uncomfortable. I recall being in his house 2 times as a young kid. I remember spending time in the workshop with him. I would say "I'm a carpenter!" as I made holes in a block of wood with an old hand drill.

I remember going into the barn with him, in awe over all of the neat things in there. His home brought me a sense of wonder as a youth until it became something he sought to hide.

I remember walking in the woods and looking over at my dad's property. He'd be home taking a nap, and all I wanted to do was poke around and see what I could see. For some reason, I never violated the unspoken contract of my dad's wish for me not to. I think I was afraid he would get mad at me. Even if we didn't have the best relationship during my older youth/teens, I could not stand the thought of my dad being mad at me.

In the end, my goal was simple: Leave the place better than it was and make the improvements that Dad wasn't able to do. Improvements were made, but it didn't come without complication. At least the finances were there to cover everything. Not everyone can say they got to spend $16,000 on a new septic system, am I right? 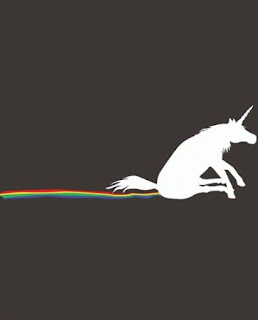 In 2018 I learned a valuable lesson in how to say "no."
I removed everything from my plate pertaining to ride commitments. It pained me to do so, but I didn't have a clue with what the year would bring in terms of personal time. With the blank slate, I came to the realization that I have a wonderful capacity of burning my candle at both ends.

I have a tendency to dream big and sometimes that can lead to burnout.

My riding halted. Instead, I spent Tuesdays and Sundays breathing in years of dust and grime. My lungs would burn, I'd blow dirt-filled snot out of my nose, and the next day I would feel like I was run over by a train. It's amazing how awful I would feel the day after cleaning my dad's house, workshop, or barn. On top of that, I would sometimes trigger nerve pain that would radiate down both of my arms.
On a scale of 1-10, it was a 12. Sleepless nights ensued.

I knew I would go into two biking events at my lowest point when it came to fitness. I didn't care. I just wanted to escape! I knew I would push my limits, feel exhausted, and tears would fall. I would also smile because I knew my dad was happy I was doing something I loved. It (sometimes) felt wrong to enjoy life, but I knew that it's what my dad would've wanted.

I kept myself open to taking chances, and with that, found myself accepted as a Specialized USA Ambassador. I feel so excited about the opportunity to work with a company that has been doing awesome things for cycling. They align with my personal values and desire to get more youth and women involved with cycling.

I took the time to make some changes and (hopeful) improvements to the Fearless Women of Dirt ride set up. These changes will allow for a better structure for rides and open me up more for scheduled rides for those new to mountain biking. I would love to have lofty goals and have lots of rides, but I also have to stay true to my personal goals and allow myself time to be "me" after a year of not.

I also made a goal that 2019 would be the year of adventure and committed for myself to going to Roam Bike Fest in November 2019.
I'm on the introverted side, and the thought of flying by myself makes me really nervous. Seriously. The thought of riding somewhere I've never been before and meeting women I've interviewed (or could interview!) sounded too fun to miss. I figured if I planned enough in advance, I could make enough preparations ahead of time that would allow me to do this trip with as little anxiety as possible. I know I'll still have some, but if I can limit it, then I'll be a better human in the long run for this.

Make it to Arizona on my own and make it back on my own? Oh, the confidence it would create! Not that I would go on trips far away often, but I would at least prove to myself that it is doable. I would fear less and find more to be possible. I spent so much of 2018 with stress and fear clouding my world. It's time to put my own spin on things, to find what I'm capable of. Let that small, adventurous part of myself out and enjoy life.

I also started the incredibly challenging journey of trying to figure out what is going on with my arm/shoulder. The doctor visit resulted in a hopeful diagnosis, and also the recommendation of starting physical therapy. The physical therapist ultimately took away the tentative diagnosis and said I'm "complex." I'll be honest and admit I'm nervous...this has been part of my life for so long. I'm exhausted in more ways than one, and there would be no better wish than to figure out how I can be free of the discomfort that has plagued me for years.

This year has been filled with lessons. I've had to learn to adjust, overcome, face, cope, persevere, and mourn. I have had to figure out my own path on the grief journey- it's not the same for everyone. Connecting with a few women who had similar, but different stories really helped. You feel less alone.

I have this life to live and to make the most of. If anything, I learned how quickly things can change. That can be a very scary realization, especially when you're almost mid-30. My dad was doing something he's done probably a hundred times or more. Circumstance did not play out as he thought it would; something like that can happen to anyone. There was a lot of life yet to live, and it didn't get to happen.

For a period of time, I became very afraid of my mortality. I would lie in bed, trying to fall asleep, only to feel panic over thinking about not waking up again. What happens when it's really it? Have I done enough in my life to feel like I've made a difference? Have I done enough to feel happy when it's all said and done? I worried over my dad's last moments- did he have fear? Was there the slightest hint that he was heading into an "Oh sh*t" moment? Did he ever fear death? Eventually, I was able to quiet those thoughts from being so loud.

My dad didn't get to retire. The last few years of my dad's life were filled with pain, exhaustion/fatigue, and quite a bit of illness. It's not to say my dad didn't find happy moments, because I'm pretty sure he did. I could tell there was a sense of tiredness. 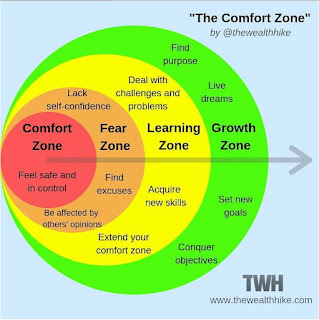 When I'm to that point in life, I want to be able to think fondly over what I've done. All of my biking adventures and the lives I touched with my words and interviews. I don't want to sit on the couch and think about all of the "what ifs" and experiences I skipped because of fear. Frankly, I'm sick and tired of that feeling right now.

2019 will have better experiences than this year. I'm very focused on making changes to better my outlook on life. I'm really excited for my new adventures. I feel like Dad is going to be with me, encouraging me to take steps to experience new things. To be brave. To be fearless.