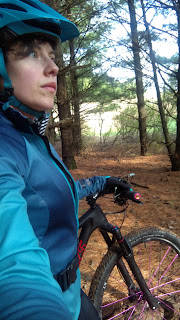 Full disclosure, I'm using more candid words in my writings pertaining to this because it's really the only way I feel I can get out the intensity of my emotions. Unbeknownst to many, I do like to throw out cuss words here and there. Once things feel more...normal...(dare I say normal?) I'll get back to more eloquent ways of speech. Until then. I'm raw. A'thankyou.

Thursday morning came and I was lying in bed, frustrated because I had gone to bed tired but didn't sleep for sh*t. I wanted to roll over, be a human burrito, and stay in bed. Damnit. I couldn't. It seemed pointless.

I've had grief before but I feel not to this degree. My first cat passed away young, and I remember coming home from school with the hope that she made it through the day. To find she hadn't. My heart was broken and felt life wasn't fair because her brother was strong and healthy.

My grandma Gert's passing left a hole in my heart as it was unexpected- however she was 91 when she passed, so had a good life. She was the grandma I felt closest to- telling me tales of the "old days" while we laid in bed. Our trips to town to get groceries. Sneaking romance books out from under the couch to read before she did (which was a no-no, but I was a rebel.)
My other grandparents who passed and two of my aunts- those were more or less expected. Old age and cancer...they hurt, but they didn't cut into the soul quite like this.

It feels like a paper cut on my heart each day.
My eyes feel heavy. I feel so...damn...tired.
I was told I'd feel tired, but didn't register that I would literally BE tired.

I am grateful I have family that live close, who I can ask to assist, but I feel guilty as hell for it.

There is so much waiting. Waiting for papers, waiting for answers- and I want to get things done and I simply can't. Then you have the bitter reality that even if you want to get things done- there are things you can't do until you get an official paper. That awful paper stating you are the estate person. You are it. You are everything. You. You. You. Damnit...I don't want to be "it" and I shouldn't be in this position.

After I got up from bed, I knew I should go for a bike ride. There was rain in the forecast and I'd be losing out on an opportunity to have some peace and quiet. Be away from the computer- be away from the pile of papers- and be away from obligation.

I dressed up and rolled out on Stephen McNasty. I need to ride this bike so I don't cry. I rode this bike home the day I got the news. This bike is in honor of my dad and I can't cry every time I ride it.

Before I rolled down onto the IPT trail, I saw two geese on the side of the road. What the heck are you doing? I thought. I figured I'd look up what a goose meant for a totem animal, not that I considered this a totem animal- but it was an odd sighting and I figured I should look.

Riding was good up until I rolled though the top of North 40 and smelled the white flowers of the plum trees. The scent wafted in the air and it made me think of home. The birds were singing, squirrels were daring to beat me down the trail, and I could think of nothing other than "My dad would love this..."

However, riding with tear-filled eyes is a hazard and the last thing anyone needed was me calling up to say "Haaaay, I broke my arm/leg/collar bone because I was mountain biking while crying." 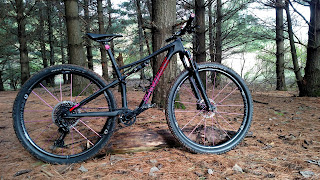 I made it up to the Pines and again, emotions ran high, same with Little Big Horn.
I was frustrated because I wanted some sort of sign. I wanted to feel that my dad was there with me. Instead, I still feel that numb ache and sense of emptiness. Among all of the beautiful things I was immersed in- the flowers, trees, and critters...I felt resentment that I would never get to tell my dad about my next race. He wouldn't get to see his namesake bike in full glory. So many other moments yet to come, that will never be shared with him in human form. I have to accept everything as "spiritual." I will, eventually, harbor no resentment towards that idea.

"Well, Dad. I guess it's good that you were fine with a spiritual mindset, because I'm going to be talking to you a hell of a lot."

The trails were a little greasy that morning, but I was climbing up everything, and I figured that considering- maybe something was happening. You know, like someone looking out for me...or I just wasn't riding with emotion, which eliminates crashing. I'll pretend it was the first.

I was glad I went out, but at the same time it was painful. Something that I enjoy so much, that can bring me so close to my dad in spirit, hurts right now. More I think it's just the concept that I lost him in a shocking way.

When I was home I looked back through some stuff that we had collected and found a wedding band. I asked my mom via messenger, if it was the band he wore when he was married to her. She said it was. Thank goodness. My dad was married once before, and I didn't want to keep something that was from that time period. I hoped that the band was from my dad's marriage to my mom, because that's how I'm here today (sparklesparkle) and it could be a source of comfort for the time being. For being 5'5" and not large-boned, his hands were so strong. I can fit almost my ring and pinkie finger in the ring- ha!

With processing through the grief, I've been going back and forth on feeling whether or not my feelings are justified. How justified is the pain? How can I feel so sad when I know other folks lose people they love? Someone out there has it worse than I do...how can I grieve when I know that?

I conversed with Travis about it. I conversed with my aunt about it. I think it ultimately came out to "Yes, of course you are allowed to feel this way." and the fact that this was unexpected vs. expected. That I'm being too hard on myself. Also, the unrelenting feeling of how unfair this whole situation is because my dad fought so hard to lead an active life. He spent years recovering from his motorcycle accident- from hip replacements to healing broken bones, to then dealing with arthritis. (In general and some from the broken bones, etc.)

In my opinion, he led life by example- how to be a decent human being. Respectful, kind, and fair. He had his days of complaining about how things hurt, how things sucked during the healing process, but he NEVER gave up. He still went to WORK when he could've gone on disability. He found ways to be active, he found ways to be more comfortable (like getting a Kubota tractor instead of riding the 4-wheeler.)

For as simple of a man he was, for how humbly he lived....my dad did some amazing sh*t and lived through some really hard sh*t. He had perseverance and determination.

SO....this brings me to a finale of this emotional pour of feels for the day.

I hate how the event was made so damn public. I guess it had to be...but I hate it. I hate that I am the daughter of a man who was killed by a f*cking tree. I guess all I can do is think that it could be worse.

Here it goes. It's going to be a bit rough, and I apologize for those of you who have not seen this side of my personality.

The Allamakee Sheriff's Dept. had posted the event on Facebook. One person made a comment about how someone should refrain from doing "dangerous things."

Okay, sir. My dad has cut trees down for f'ing years. Screw you. I'm typically a nice person, but you can take your public opinion and shove it where the sun doesn't shine.

My dad knew how to cut a damn tree down, and this time, for whatever reason, something decided that it should go this way instead of that. Thank you for your stunning conclusion that cutting trees can be considered "dangerous." You should get a medal for being an inconsiderate ass.

Sorry for the language, Dad.

Now, onto something more positive.


Summary of Symbolic Meaning of the Goose 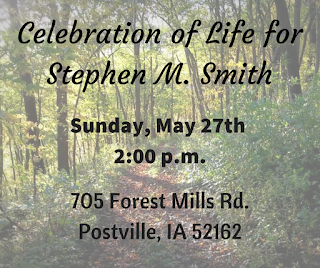