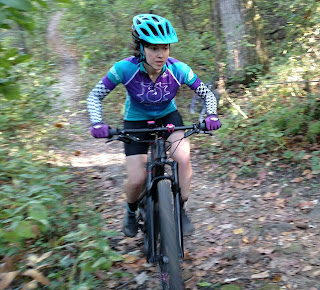 Recently I have become very engrossed in a wonderful show called Elementary, so much so I named my Trek Procaliber 9.8, Watson, in honor of one of the characters. (Bet you can't guess which one...)

We finished season 3, episode 9. In said episode, Holmes talks about how he's feeling down about things. That recovery is essentially a continual effort, but the question is...for what?

That is the reward for your mundane routine and continual work to keep the metaphorical water from dripping out of the faucet. Sometimes it feels like working on recovery is, well...work.

There are days where you don't really notice the effort you put in while there are other days that loom over you, possibly taunting you. Mocking you for all of which you have done, but also for what you have yet to do.

"Why is she writing about recovery? What is she talking about?"

In high school I developed an eating disorder which I felt was the only way I felt like I could engage feelings of control in my life. It was a form of bulimia with trace amounts of anorexic tendencies. Food was the control element that was of easiest access; I could increase it or take it away...or keep intake "normal" but still decide on a whim that I didn't need what I ate...you get the idea. The side-effect of weight loss was something that added an additional stress element. I was continually worried about gaining weight with whatever I ate yet I enjoyed seeing numbers that represented what I thought would be "ideal" for me.

I can't describe how much shame I felt for what was going on; I knew what I was doing was "wrong" but I couldn't help myself. It didn't help that I knew that classmates talked behind my back, saying not-so-nice things about me and how "gross" and "disgusting" my issue was. Who could I talk to when all I felt was embarrassment and worry that someone would say what I was doing was "repulsive" when really I needed a friend.

Working my way out of my eating disorder was difficult. I saw food as black or white- I either had to have it or I had to eliminate it. Finding a grey area was a frustration, especially because I had concerns over gaining back all the weight I had lost over the course of several years. I would say more than half of that weight was lost due to legit exercise and farm work, but I couldn't convince myself that somehow my caloric intake wouldn't erase the results I felt I needed to see in the form numbers on the scale. Over time, this became easier to deal with...and I had to understand that muscle weighs more. Plus, the numbers I thought I should represent may not actually be the numbers best for me.

In 2012 I purchased a bicycle, and that bicycle changed my life. It became my vice. My therapy. My emotional crutch and my freedom. 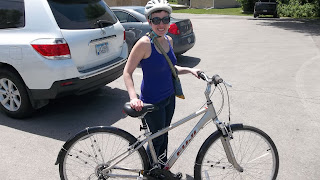 Over the course of 4 years, I have fought with myself over those voices in my head. It seems that once or twice a year, I have an extremely hard time fighting back- and I subsequently feel tired of being "recovered." Spring and fall are the trigger times because of a variety of reasons- burnout, weather, temperature, and trail conditions.

I lose the joy that I have rolling thru the woods because I am focused only on how exhausted I am and how my legs feel like lead weights. I become overly focused on beating myself up in my head over how I took a rest day instead of pushing pedals. I become frustrated over the days off the bike that were not by choice. I am inherently "bad" and doing a disservice to myself if I'm not out there mountain biking. The voices say I will lose control over my eating, my beers will most definitely give me a gut, and I will totally forget how to get up hills.

Eventually the weather becomes more consistent, trail conditions improve, I adapt to the changing temperatures, and I silence the voices. No longer wallowing, but appreciating the beauty of the outside world and enjoying my time weaving thru the trees and bombing down hills.
I reclaim my riding season.

I went for a ride after having a few days off the bike and fell in love with the bike I was riding. I felt strong and I was climbing leafy trails with low tread and higher air pressure. I knocked myself off my bike going over a log. I was humbled. I tried again, this time less haphazardly and more controlled- the way I should have in the first place. Did I fumble because I took time off the bike? No. It's because I rode recklessly.

When I turn bike riding into something that makes me "succeed" or "fail" as a human being, I take away the feel goods which leads to biking revolving around punishment and self-doubt.
That's not what the #bikelife is about.

I feel I need a bike in my life just as much as I need food, however, I need to continually work with finding a balance biking like I did with my eating disorder. I also need to work on maintaining that balance for the rest of my life. 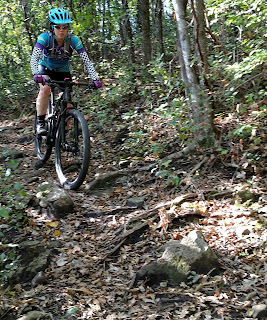 Recovery is an ongoing and often times, lifelong effort. You will have good days and days where you question if the work you're doing is really benefiting you. The answer is- yes. Yes it is.

I have felt over the course of this year I've been much more forgiving of myself, my body, and the need for me to have breaks between stints of riding. That's not easy for me to do, not one bit. There are days it feels like pulling teeth, but the end result leads to a happier me that appreciates what my body can do on the bike.

Work is continual when recovery is the subject matter- Be the beautiful and strong you that you are and know that all of us who are recovering are here for you.
Labels: bike life growth personal