Skip to main content
Here I have listed the bikes that are currently still in the stable but aren't heavily utilized for one reason or another. As a rider, my preferences have grown/changed, so the bikes I ride most frequently change as well. I'm fortunate to not have to make snap decisions on selling off bikes at this point- some do hold a large amount of sentimental value and have helped me become the rider I am today. 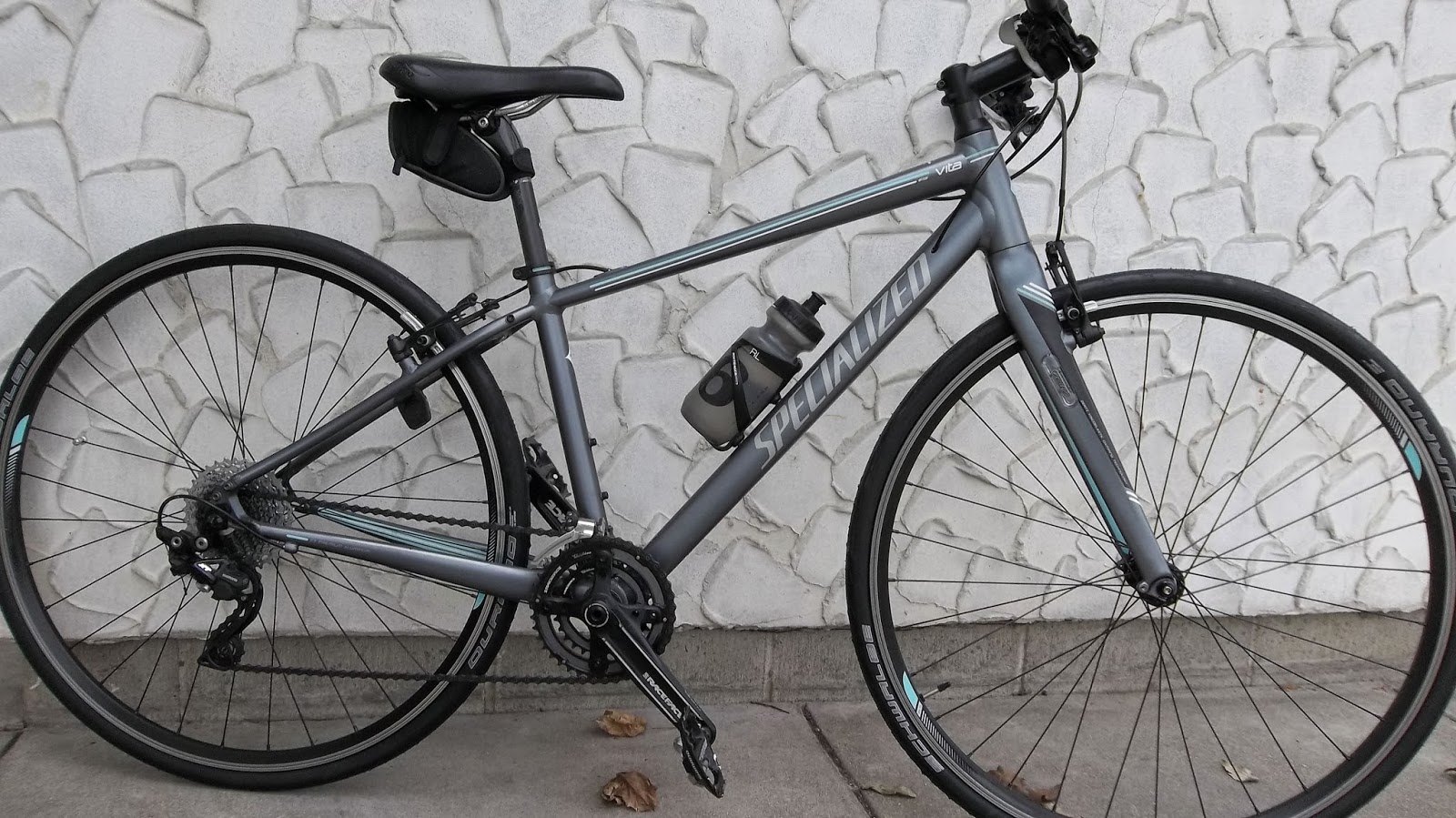 Jack aka Never Had a Name That Stuck is the second bike that I purchased from Decorah Bicycles. He's had some upgrades and I utilized him on the paved trail many times. I bought this bike about two months after the purchase of Sir Richard. He's pretty fast, I like his colors, and he's never let me down. Jack currently is on the stationary trainer to provide me spin time when weather isn't ideal for any other type of riding. 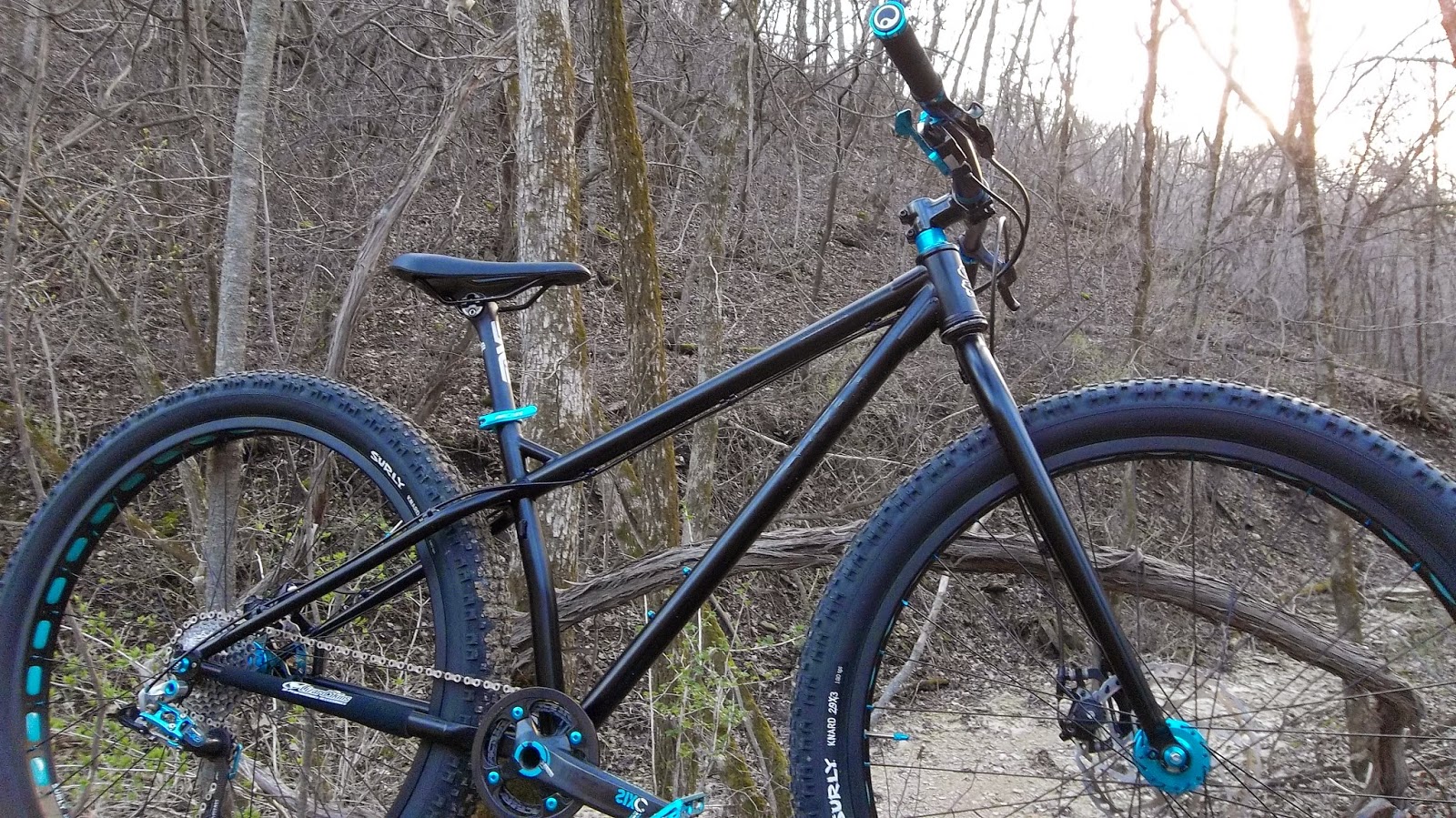 Bruno is my custom built, custom painted Surly Krampus. He's a "first edition" back when they were only available in the sparkly green color.
This was my first mountain bike and he gave me some valuable lessons and experiences and it got my foot in the door to off-road riding. Since Bruno, I discovered preferences, so as it stands this bike is kept for sentimental value vs. off-road shredding. He is the inspiration behind the 650B+ Salsa Beargrease. It will be a plus-size tire option with better standover for me because I will admit, 29+ was a lot of bike for me at a whopping 5'2" 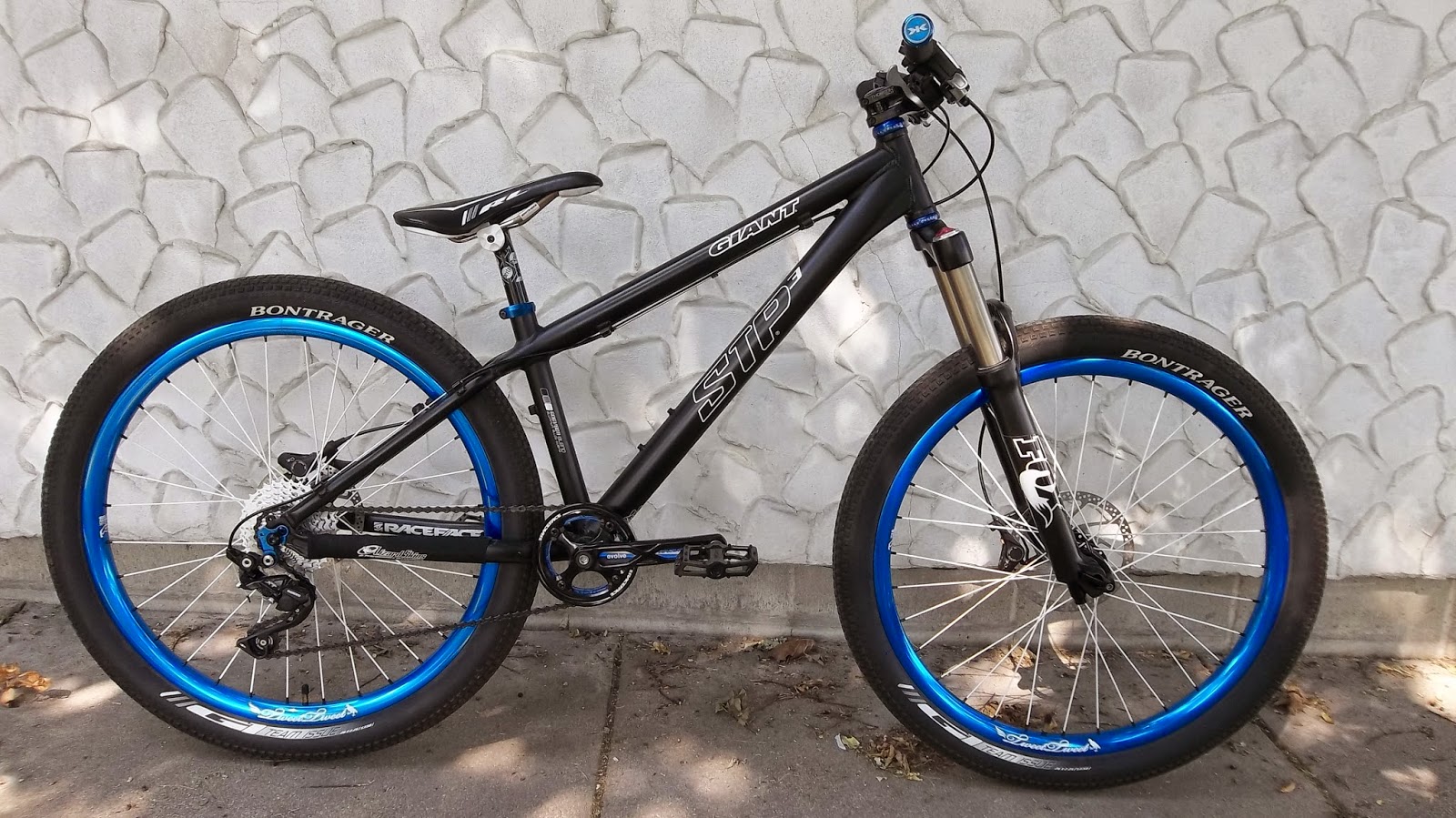 This bike was "adopted" when I first started dating Travis. It's a Giant STP-which I haven't officially named yet. This bike Travis had actually built for himself but it fits me perfectly. This is not the bike that I was riding when I had "The Biff" but is of similar style. 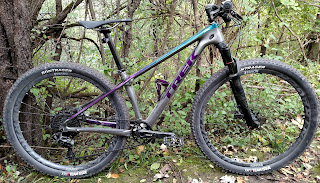 Travis jokes that I shouldn't be allowed to go to trade shows anymore because every time we go it seems I come out with a +1. Meet Watson, named after the female character on Elementary and is a Project One Procaliber 9.8. I find the 650b wheel size fun and playful, the geometry of the bike is fabulous, and the Isospeed decoupler is helpful for long saddle time. I'm really enjoying having this bike in my quiver.